RealMe’s second smartphone, the RealMe 2 will be officially introduced later this month on the 28th, the now independent phone maker revealed in a social media post. The launch is set to begin at 12.30 PM and will be broadcasted live on several online channels including Instagram, YouTube, Facebook, and more. 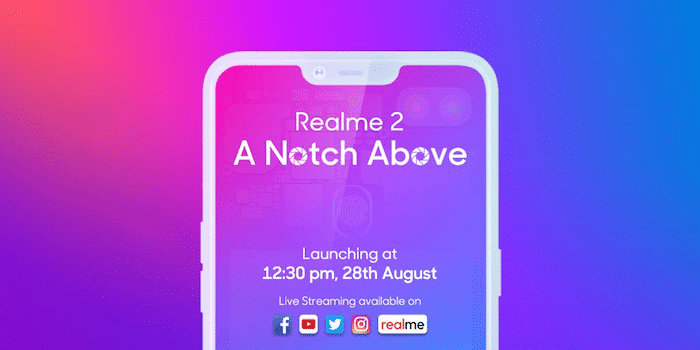 RealMe 2 has been regularly appearing in various reports and accidental leaks as of late. One of the highlights of the new phone will be the presence of two camera sensors on the rear, unlike the RealMe 1 and Oppo F7 which have a single-lens setup. In addition, the RealMe 2 is expected to have a notch-equipped screen on the front, although it won’t the new so-called Waterdrop design. 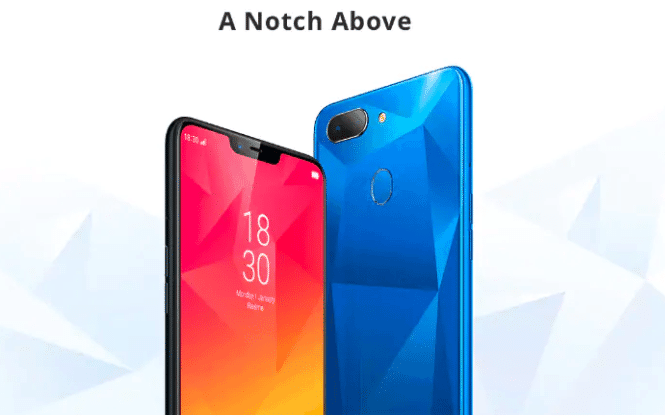 With the RealMe 2, the company will also address one of the biggest complaints with its first product, the lack of a fingerprint sensor. As per a leaked image, the RealMe 2 will feature a regular fingerprint reader on the rear. Moreover, the phone will be available in the company’s signature diamond-cut finishes.

To recap, the RealMe 1 primarily grew in popularity and numbers because of its dirt cheap price and high-end hardware. The phone, which starts at Rs 8,990, is powered by the Helio P60, the same chipset found on the Oppo F7 that costs upwards of Rs 20,000. In addition, the RealMe 1 comes with a tall 1080p 6.1-inch screen which again is a rarity in the price range. Xiaomi’s Redmi Y2, in comparison, has an HD display. The RealMe 1 also has a 6GB RAM variant and a large 3,410mAh battery. RealMe as a company is now a separate entity and is being headed by Sky Li, a former senior executive of Oppo and head of Oppo India. It now remains to be seen how RealMe will manage to fight it out in this tough market as a separate entity.

Was this article helpful?
YesNo
TechPP is supported by our audience. We may earn affiliate commissions from buying links on this site.
Read Next
Realme GT NEO 3 Review: 150W Goodness
#Realme #RealMe 2