Samsung has, at long last, introduced today its much-rumored first Android Go powered phone, the Galaxy J2 Core. Although, as the leaks suggested, the phone maker seems to have missed the entire purpose of Android Go in the first place by slapping its own custom skin on top of it. The rest of the J2 Core’s specifications are quite predictive as well including 1GB of RAM and a subpar screen. 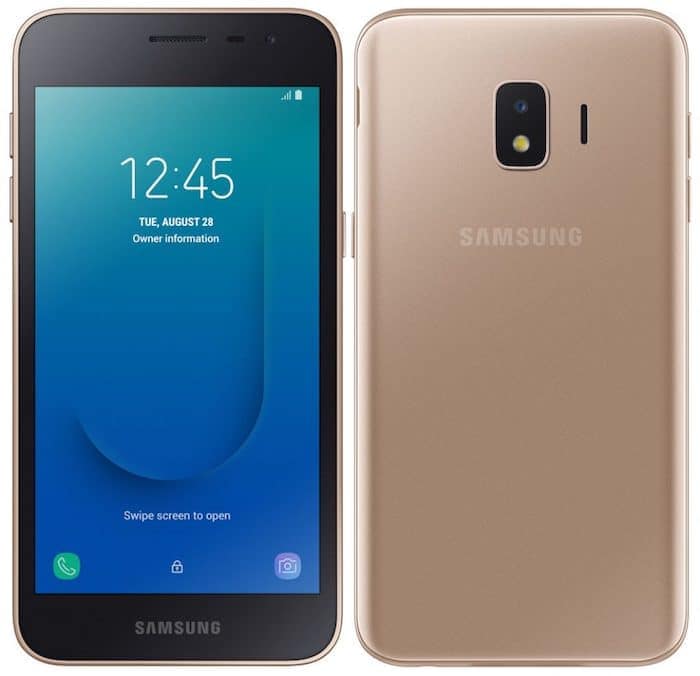 The Samsung Galaxy J2 Core comes with a 5-inch screen which has a resolution of 540 x 960 pixels. The phone doesn’t have a fingerprint reader and features a standard plastic design found on other Samsung entry-level products too. There’s an Exynos 7570 quad-core processor clocked at 1.4GHz, 1GB of RAM, 8GB of onboard storage which can be expandable, and a 2,600mAh battery.

As for the cameras, the J2 Core has an 8-megapixel f/2.2 lens on the rear with a single LED flash and a 5-megapixel f/2.2 selfie snapper on the front. In addition, the phone is compatible with two SIM cards, 4G VoLTE, GPS, and FM radio. Out of the box, you get a lightweight version of Android 8.1 Oreo with sadly, Samsung’s own skin on top.

There are three color options — Gold, Blue, and Black. It’s priced at Rs 6,190 and is available across all retail stores and Samsung’s online store.

Was this article helpful?
YesNo
TechPP is supported by our audience. We may earn affiliate commissions from buying links on this site.
Read Next
Samsung Galaxy Fold 4 Tips and Tricks: Get the Most Out of Your Phone
#samsung #Samsung Galaxy J2 Core