Google’s smartwatch OS, which has got to a point where people are speculating whether it has any future, is being overhauled with a big redesign. The new Wear OS oddly doesn’t have a shiny name or version number yet but it mends a series of fundamental shortcomings and annoyances users have constantly found themselves complaining about with no responses. 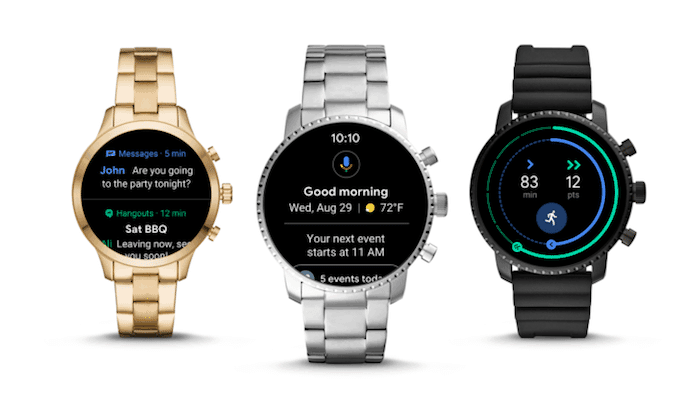 The biggest of them is how Android smartwatches handle notifications. Instead of a single alert taking up the entire screen, the page now is essentially a list of your pending notifications which you can easily scroll. The ones from the same apps are bundled together and revealed when you tap on the respective entry with their individual quick shortcuts.

The other critical change Wear OS has gone through is the swiping actions. Swiping right now takes you to a Google Assistant section which displays proactive information about all your upcoming appointments, weather, tasks, you get the idea. It’s similar to the “My Day” feature Google rolled out to its virtual assistant on phones a few weeks ago. Once in a while, you’ll also come across “contextual action chips” which are tappable buttons that recommend relevant commands you can give to the Google Assistant.

On the right of the home screen, the new Wear OS now comes with the revamped Google Fit as well featuring “Move Minutes” and “Heart Points.”. In addition, there’s a shortcut for jumping right into an activity. You will also find two new buttons in the quick settings situated at the top — “Find my phone” and “Google Pay”.

While the new Wear OS doesn’t represent a dramatic shift for Google’s struggling wearable operating system, it’s certainly a step in the right direction. Although the software is not the primary factor behind Google’s failed attempts to rival the Apple Watch or Fitbit’s trackers. Manufacturers are stuck with a two-year-old chipset which more often than not, leads to a crummy experience forcing users to either give up on wearables entirely or switch to a different platform. Qualcomm is expected to introduce a new processor later this year. We’ll have to wait and see whether that’s enough to turn Google’s position in the smartwatch industry.

Was this article helpful?
YesNo
TechPP is supported by our audience. We may earn affiliate commissions from buying links on this site.
Read Next
How to Fix Google Chrome Translate Not Working
#google #Wear OS