HMD Global’s next smartphone, the Nokia 7.1 has been making appearances online for weeks now. But today’s leak comes from Nokia itself as it accidentally lists the forthcoming smartphone on Amazon’s Spanish portal. The listing confirms earlier rumors which hinted at a notch-equipped screen, an all-glass design, and Snapdragon 636. 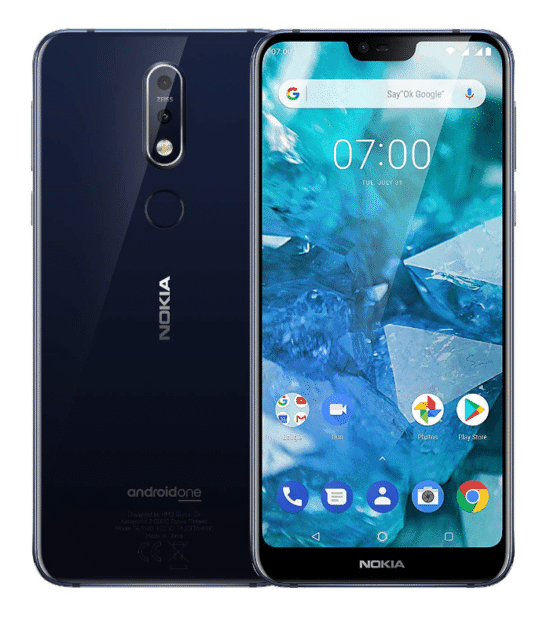 The Nokia 7.1 comes with a familiar all-glass exterior found on a couple of HMD Global’s recent budget phones such as the Nokia 5.1 Plus and Nokia 6.1 Plus. In addition, the phone features a notch and a bottom bezel with Nokia branding on the front. It has a 5.84-inch 1080p screen and is powered by Qualcomm’s Snapdragon 636 octa-core chipset. As for the memory, the listing mentions 3GB of RAM and 32GB of onboard storage which is expandable with a MicroSD card. However, we’re quite sure this is the base variant and there will be pricier options with more storage.

There are two camera sensors on the rear — a regular 12-megapixel lens and another 5-megapixel snapper for depth-sensing. There’s also an 8-megapixel camera for selfies. Like other Nokia phones, the Nokia 7.1 too is part of Google’s Android One club. Therefore, it comes preloaded with a stock build of Android 8.1 and will be first in line for future updates. Android Pie is already available for some of the phones like the Nokia 7 Plus. Hence, it’s possible HMD Global may launch the Nokia 7.1 with the 9.0 update out of the box. The phone was earlier spotted on FCC, so the American launch is almost confirmed.

The Nokia 7.1, as per Amazon listing, is priced at 349 euros in Spain which roughly translates to Rs 29,500. Although that would be a rather odd pricing for India since the Nokia 7 Plus costs around Rs 25,000 and comes with a theoretically superior Snapdragon 660 chipset. The phone is expected to be launched on October 11th at a media event in New Delhi, India. We’ll know more then.

Was this article helpful?
YesNo
TechPP is supported by our audience. We may earn affiliate commissions from buying links on this site.
Read Next
Nokia Power Earbuds Lite Review: Connecting through Clear Audio against Tough...
#nokia #Nokia 7.1