The world’s first smartphone with four cameras on the rear, the Samsung Galaxy A9 has arrived in India. It will go on sale for a starting price of Rs 36,990 on several offline as well as online outlets including Flipkart, Amazon, and more. There are three color options to choose from — Caviar Black, Lemonade Blue, and Bubblegum Pink. 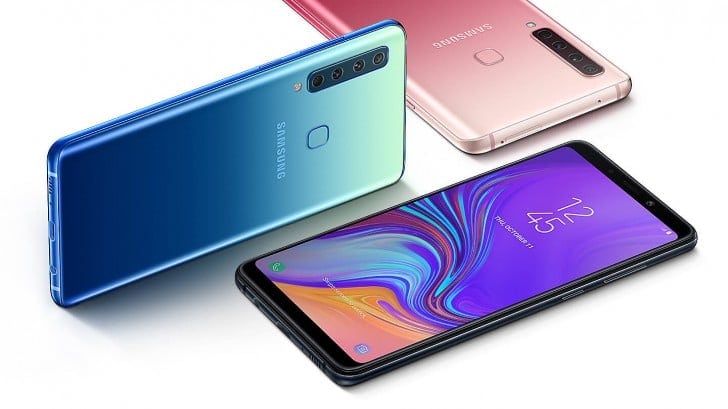 In spite of what the Galaxy A9’s camera muscle might suggest, the rest of the phone is more a mid-ranger than a high-end flagship. It has a 6.3-inch 1080p OLED screen and is powered by Qualcomm’s Snapdragon 660 octa-core chipset. There’s up to 8GB of RAM, 128GB of onboard storage which is expandable, and a 3800mAh battery which does support quick charging.

The Galaxy A9’s biggest highlight is, of course, its set of camera sensors. There are four on the back — a regular 24-megapixel f/1.7 lens, a 10-megapixel telephoto snapper for enabling 2x optical zoom, an 8-megapixel ultra-wide camera with a 120-degree field of view, and lastly, another 5-megapixel sensor specifically for depth-sensing. Yes, it’s a bit of an overkill. On the front, though, there’s only a single 24-megapixel sensor with an aperture of f/2.0. 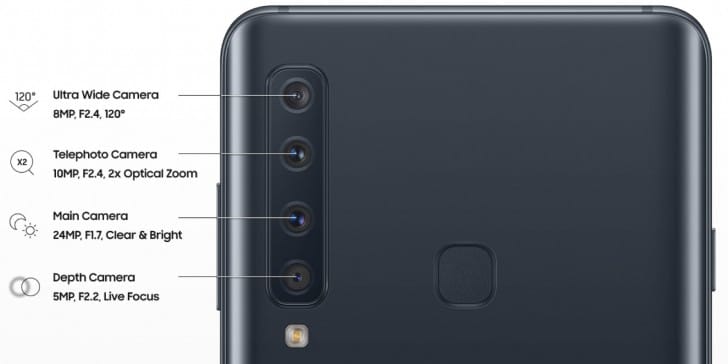 The Galaxy A9 also comes with a fingerprint sensor situated on the rear and is compatible with two simultaneously active SIM cards. In addition, it ships with an outdated Android 8.0 software layered with the company’s own Samsung Experience skin.

The Samsung Galaxy A9 is priced at Rs 36,990 for the 6GB RAM variant and Rs 39,990 for 8GB RAM. It will be available from November 28th, prebookings for which commence today on nearly offline and online platforms such as Paytm, Flipkart, Amazon, Samsung authorized stores and others. HDFC credit or debit card owners can also avail a cashback of Rs 3,000.

Was this article helpful?
YesNo
TechPP is supported by our audience. We may earn affiliate commissions from buying links on this site.
Read Next
Samsung Galaxy Fold 4 Tips and Tricks: Get the Most Out of Your Phone
#samsung #Samsung Galaxy A9