Following a bestseller can be a terribly tough act. Just ask the Redmi Note 6 Pro. The device follows in the footsteps of the Redmi Note 3 (which may believe re-established Xiaomi as a mainstream smartphone player), the Redmi Note 4 and the Redmi Note 5 Pro, all of which were not only bestsellers but also played a crucial role in defining the mid-segment of the Indian smartphone market. And some would say even knocking the legendary Moto G off its throne as mid-segment champ!

So how well does the Redmi Note 6 Pro fit those enormous shoes?

Well, we would say that it fits them so well that some might indeed even wonder what is so new about it (it had also notched up some very impressive initial sales at the time of writing). We had highlighted the fact that in our first cut where we had felt that Xiaomi had largely chosen not to fiddle with a design and spec sheet that had worked so well for it in the past. And not too distant a past either, basically earlier this year. The design broadly follows the Note 5 Pro template, of glass in front and metal at back and has almost the same dimensions. Yes, the display is slightly larger and there is now a notch on it, but the resolution remains full HD+. 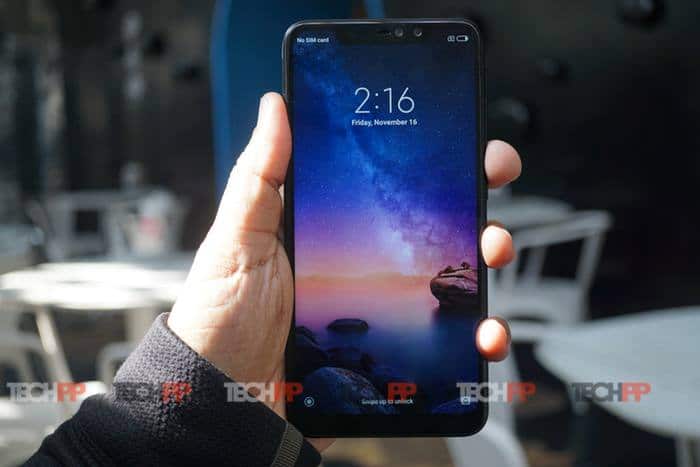 Doing all the work is still the Qualcomm Snapdragon 636 processor aided by 4 or 6 GB of RAM depending on the variant you chose, with 64 GB of storage which is expandable provided you sacrifice the hybrid SIM slot on the device. The battery remains a hefty 4000 mAh affair. And while much has been made of this being the first Redmi device in the country to come with quad cameras, the megapixel count of three cameras remains the same – the camera that has been added to the array of those seen on the Note 5 Pro is actually a 2.0-megapixel front-facing one. Yes, the main rear camera has a larger f/1.9 aperture and sensor and software quality has been improved (with a dash of AI added to the menu), but all said and done there is a certain familiarity about the Note 6 Pro, right down to the good old micro USB port, Android Oreo and 3.5 audio jack. Yes, there is MIUI 10 running on the device out of the box (on top of Android 8.1, alas – we get no Pie), but that has arrived on the Redmi Note 5 Pro too as well.

The big question, of course, is whether this similarity to its predecessor is a good or bad thing?

It really depends on where you are coming from in terms of thinking. Yes, we must admit that we wish Xiaomi had done something really radical in terms of the design of spec add-ons, but that is the geek side of us. For the mainstream user or even a Note addict (and we know many who are still using their Note 3 devices faithfully), there is indeed much to love here. The Note series has been known for being a blend of solid design and consistent performance and the Note 6 Pro does not deviate too far from that template. The Qualcomm Snapdragon 636 processor is not really for those who want to play the likes of PUBG at maxed out settings but will handle most routine tasks and less hefty games with a degree of ease – we ran multiple browser tabs and more than a dozen apps with messages pinging away merrily and the phone barely showed any sign of stress. It did not even have any heating issues to speak of. Call and audio quality are areas where we really think some improvements could have been made (especially in terms of quality) but in terms of sheer performance for its price point, we found absolutely nothing to complain about. You will not see a massive change in terms of performance from the Note 5 Pro but then that worthy was a very good performer in its own right. 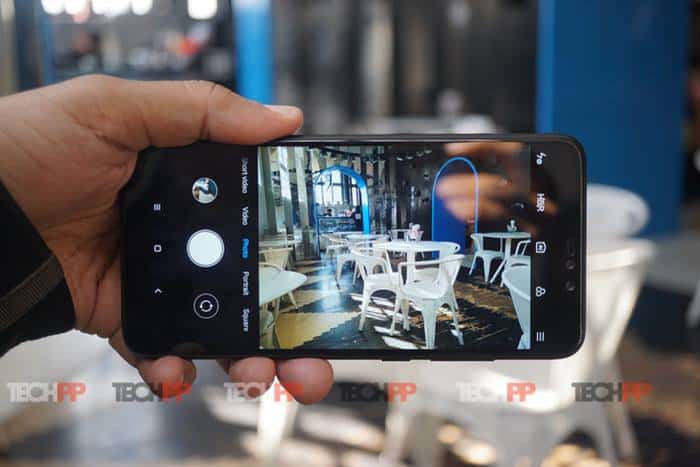 Which brings us to the alleged stars of the show – those quad cameras on the device. Did they rock our world? To an extent. Especially in broad daylight, where they captured detail and color admirably. The larger aperture also means that low light performance is significantly better than on the Redmi Note 5 Pro. This improvement in performance ironically less significant in the case of the front-facing cameras, which have received that fourth sensor – you will get decent selfies in good lighting conditions, but we found the front-facing cameras did have some issues with glare, so try not to keep too many bright lights in the backdrop. Portrait mode, which should have been given a boost by all those depth sensing snappers, is good but not exceptional – edges are still being missed, notwithstanding all the AI magic that Xiaomi claims to have infused. That said, we must applaud Xiaomi for bringing a number of Portrait Lighting options and bokeh effects (you can make the background more glittery and starry and so on) at this price point, although they work best with photographs dominated by faces. If we sound just a little underwhelmed here, it is because well, we are. And the fault is Xiaomi’s, which had pretty much redefined what we expected from phone cameras in the mid-segment with the very good Mi A2, and for all the AI wizardry the Note 6 Pro comes with, it is still not quite in the league of that worthy in terms of sheer image quality.

Truth be told, however, a lot of our complaints disappear at the sheer reliability of the Note 6 Pro. The device will not catch attention, simply because it is always business as usual with it – it is like the reliable butler who makes sure you notice his absence more than his presence. But yes, move to another device and you might notice the odd stutter, the less consistent cameras, the lack of software features (we so love MIUI 10, with its nature-inspired alerts and THAT wi-fi sharing ability), the rougher gestures (we still think Xiaomi is lord and master of gesture navigation) and the often more erratic cameras. 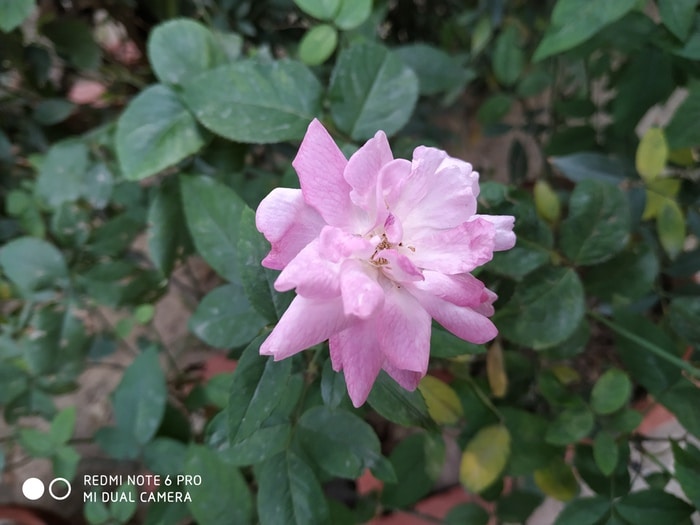 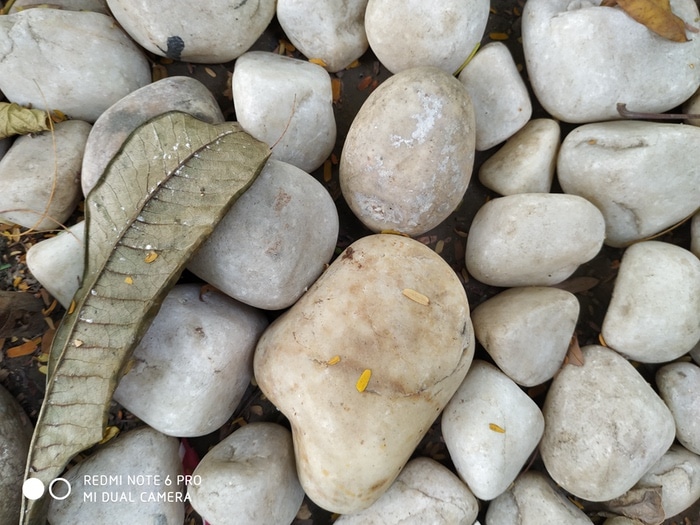 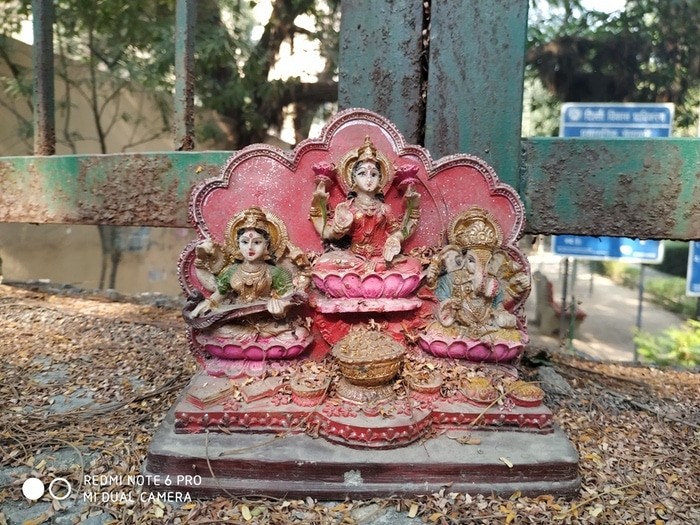 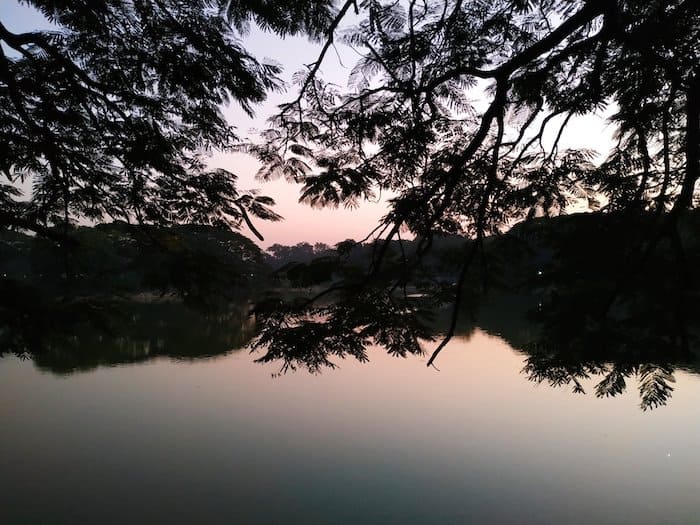 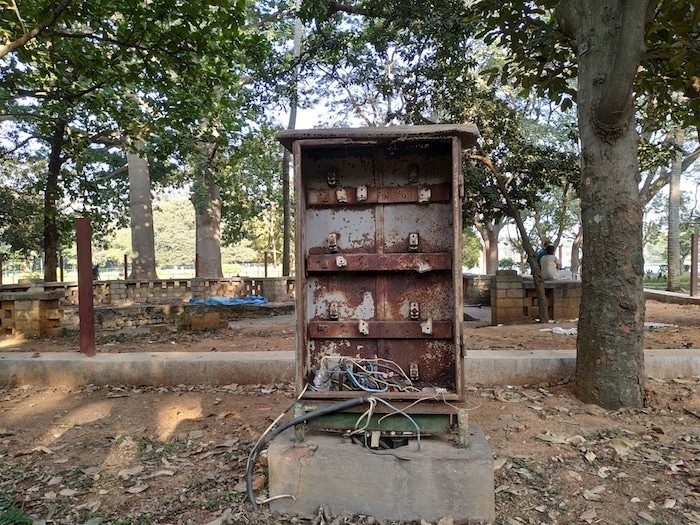 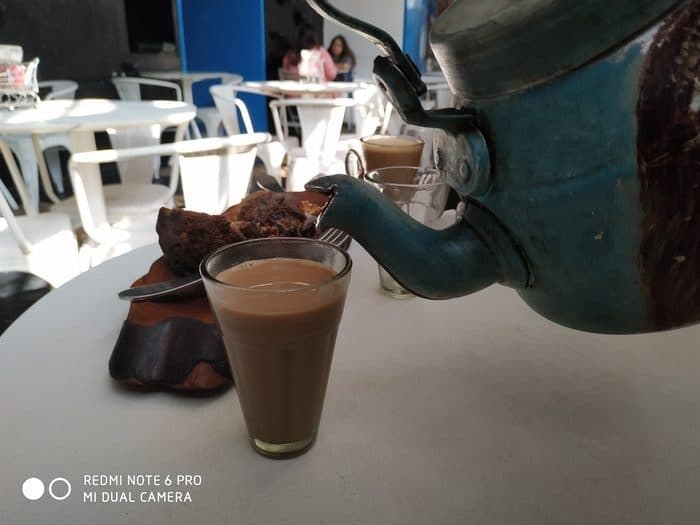 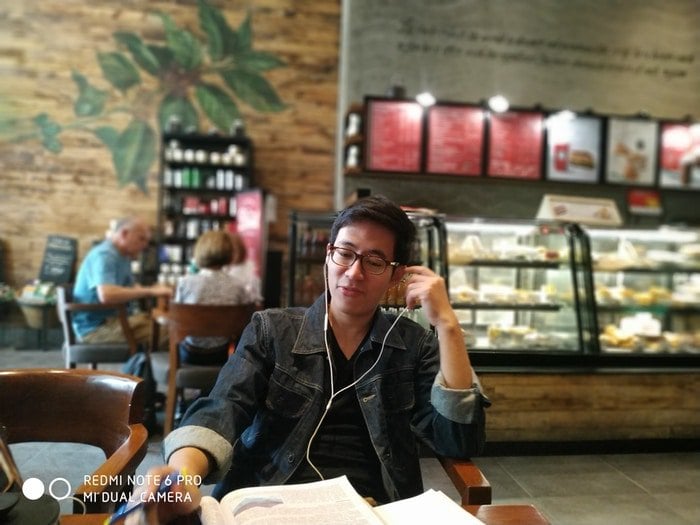 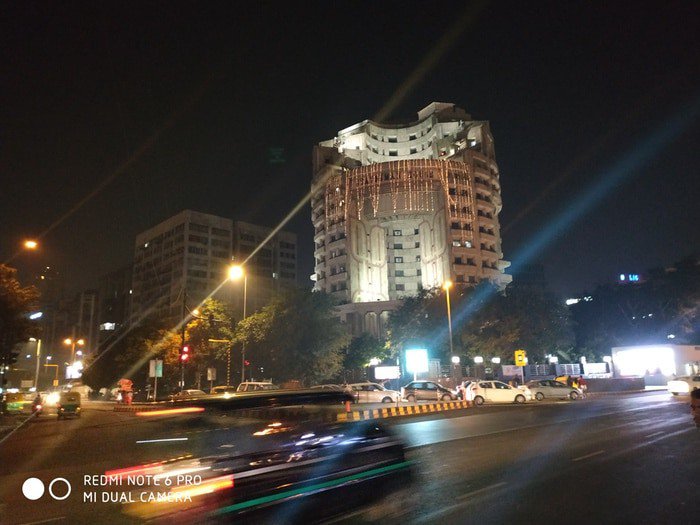 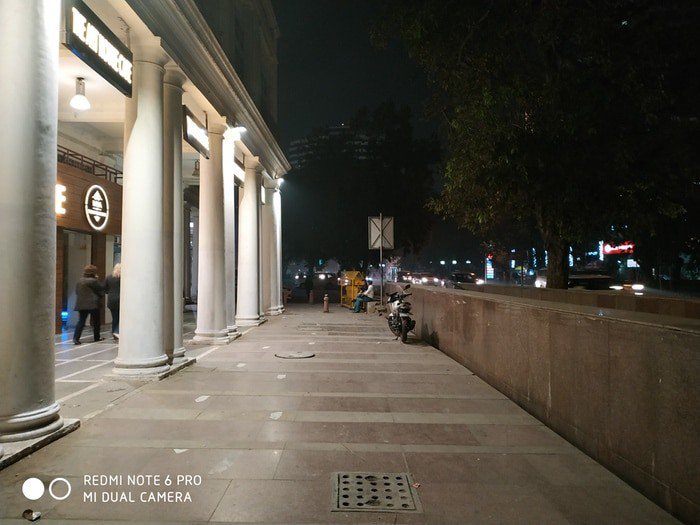 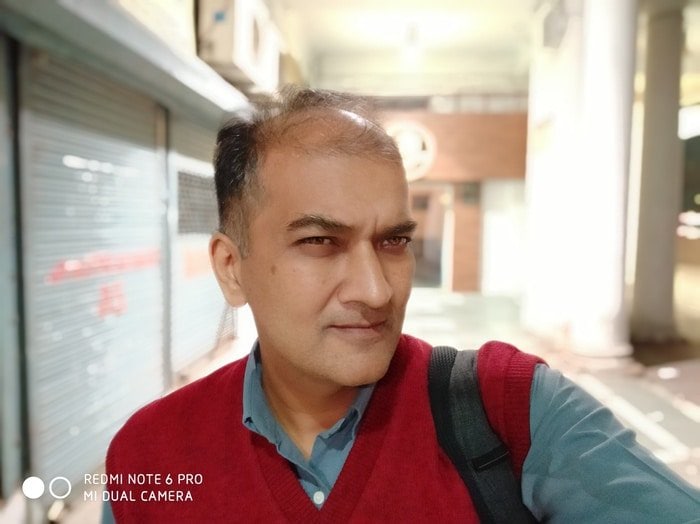 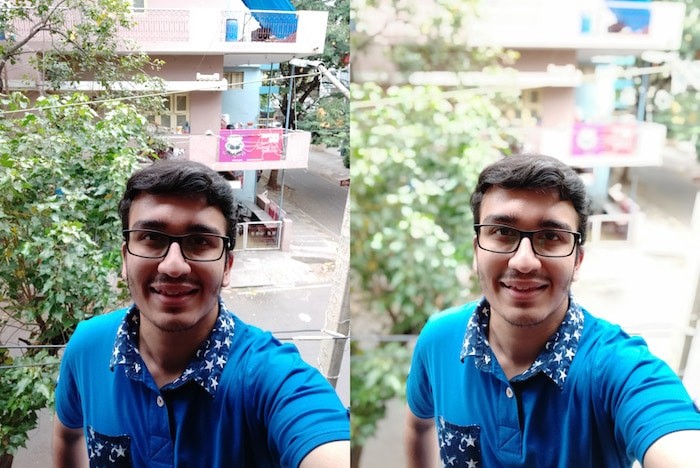 So should you be getting a Redmi Note 6 Pro? The phone starts at Rs 13,999 for the 4GB/ 64 GB edition and well, if you are looking at the best phone out there for under Rs 15,000, the answer is a no-brainer. It is not as if there are no alternatives – the Motorola One Power, the Nokia 6.1 Plus, the Asus Zenfone Max Pro M1 (and its soon to arrive successor, the M2) are all contenders as is Xiaomi’s own Mi A2, but none of them bring the balanced blend of features to the phone table that the Note 6 Pro does. For, the device ticks off most boxes that really matter and barring its relatively plain design has no weak point. Indeed, the only device which really poses a threat to it is its predecessor, the Note 5 Pro, which has the same processor and battery, and has also been updated to MIUI 10, although its cameras are slightly inferior in spec terms and it has a slightly smaller display, largely due to the absence of a notch (although some would consider that to be a plus point). Truth be told, if you are not tempted by the notch (we will not judge you – people are!) or slightly better cameras are not your priority (again, no judgment), then staying with the Redmi Note 5 Pro might even make sense. And that is not a vote against the Note 6 Pro. It just tells you how good the Note 5 Pro still is.

The Note 6 Pro adds a few touches to the Note 5 Pro, but it does not attempt to fix it.

Because it was never broken anyway.

Was this article helpful?
YesNo
TechPP is supported by our audience. We may earn affiliate commissions from buying links on this site.
Read Next
OnePlus Buds Pro 2 Review: Great buds for pro bros with OnePlus devices
#Redmi Note 6 Pro #review #xiaomi