The smartphone industry has a challenging year ahead of it as it gears up for the 5G era. And Qualcomm, the leading mobile chip maker, is leaving no stones unturned to remain at the forefront of it. The company has today announced its new premium processor, the Snapdragon 855 which will power the majority of flagships in the next twelve months. 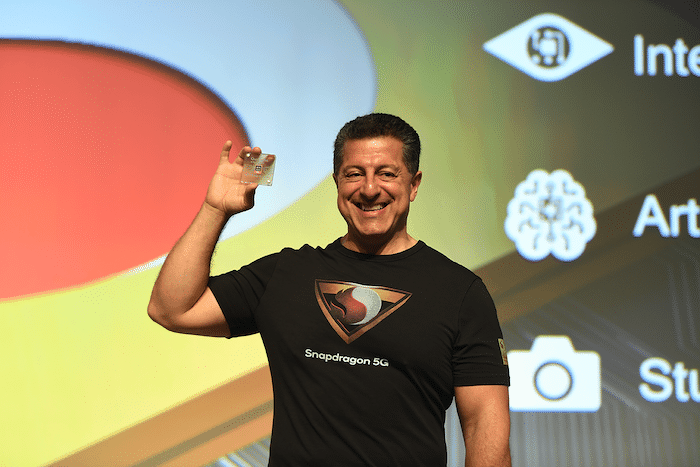 The Qualcomm Snapdragon 855’s biggest new highlight is the fact that it’s the first commercial mobile SoC to be compatible with multi-gigabit 5G networks whenever they become available. It’s made possible all thanks to the company’s own the Snapdragon X50 5G modem and the X24 LTE modem.

In addition, the manufacturer also catches up with other high-end chips like the Apple A12 Bionic by adding a dedicated engine for processing neural networks. Qualcomm claims the NPU offers up to three times better efficiency and performance than its predecessor — the Snapdragon 835 — at handling machine learning queries.

There’s even a separate processing unit for performing computational photography which we’ve primarily seen being implemented on Google’s Pixel phones. Computational photography essentially allows phones like the Google Pixel to offer advanced camera features through software which would have otherwise demanded special hardware.

The other field where Qualcomm, up until now, was lagging behind was the absence of a 7nm chip in its lineup. That changes with the new Snapdragon 855 which is designed in a 7-nanometer process at TSMC. The chip comes with a total of eight cores, four of which are power-saving ones clocked at 1.78GHz, three performance cores clocked at 2.42GHz, and another special performance core that can achieve a clock speed of 2.84GHz.

Qualcomm hasn’t overlooked the soaring mobile gaming trends either and has optimized the Adreno 640 GPU resource-intensive tasks such as playing Augmented Reality games. The Qualcomm Snapdragon 855 will be available starting next year on flagship phones from Samsung, Google, LG, and more.

Disclosure: Qualcomm sponsored this blog’s editor’s flights and hotel for the event in Hawaii.

Was this article helpful?
YesNo
TechPP is supported by our audience. We may earn affiliate commissions from buying links on this site.
Read Next
Snapdragon 782G vs Snapdragon 778G Plus: What Has Changed?
#qualcomm #qualcomm snapdragon 855 #Snapdragon 855