After the Asus ROG Phone, India is today getting another high-end phone built for mobile gaming — the Nubia Red Magic. Originally announced way back in April, the Nubia Red Magic’s most distinctive feature is a customizable LED strip on the rear. The phone lives up to its gaming title in looks as well featuring an angular aluminum design with tapered edges which the company says is inspired by real hypercars. 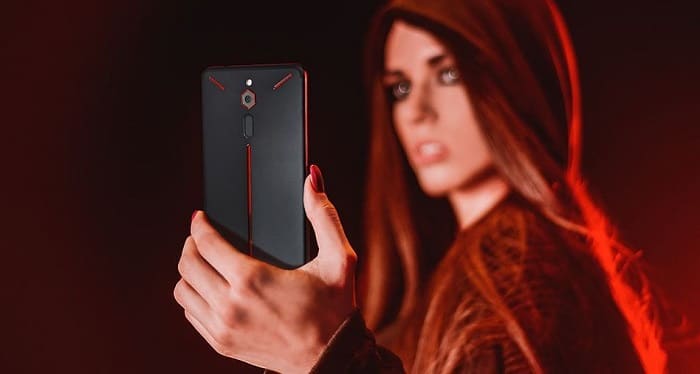 As for the specifications, the Nubia Red Magic comes powered with last year’s Qualcomm Snapdragon 835 processor, 8GB of RAM, 128GB of internal storage, and a 3,800mAh battery. On the front, there’s a 6-inch Full HD+ screen with an aspect ratio of 18:9. Like the Black Shark, the Red Magic also has a dedicated hardware key for enabling a high-performance mode. The rear, in addition to the fingerprint sensor, also houses a 24-megapixel f/1.7 snapper. For selfies, you have a f/2.0 8-megapixel lens.

Of course, there’s also an entirely custom cooling system as well. Nubia says the Red Magic comes with an “air convection cooling system that dissipates heat effectively across its diamond-cut design without compromising on performance.” It runs on Android 8.1 Oreo out of the box and features a USB Type-C port. The Red Magic also retains the headphone jack and is compatible with two SIM cards too.

The Nubia Red Magic is priced at Rs 29,999 and will be available exclusively on Amazon starting tomorrow, December 20th. The phone maker says early (lucky) buyers also have a chance of winning an exclusive gaming RedMagic Nerdz earphones.

Was this article helpful?
YesNo
TechPP is supported by our audience. We may earn affiliate commissions from buying links on this site.
Read Next
Nubia Red Magic 3S with 90Hz Display and Snapdragon 855+ Launched in India
#Nubia #Nubia Red Magic