Ever since Apple launched the AirPods, a truly wireless pair of earphones, a lot of other brands have tried to recreate something similar for the Android side of things at a much cheaper price and while Xiaomi tried their hand too a couple of months back with the AirDots, the Bluetooth Headset Air announced today takes up the similarity with the AirPods a notch further. 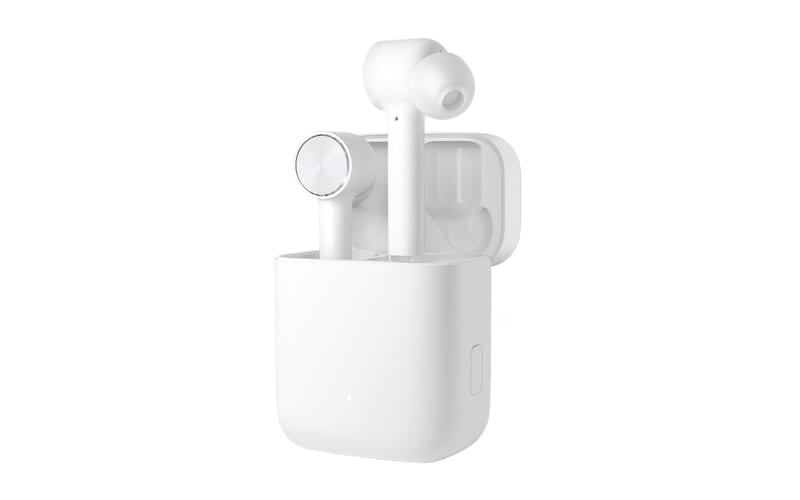 The Bluetooth Headset Air resembles the Apple AirPods in a lot of ways, right from its appearance to functions. The exterior housing is white in color (a black version is also available unlike the AirPods) with interchangeable earbuds of various sizes since this one is an in-ear type earphone, unlike the AirPods. What’s exactly like the AirPods though is the ability to control your music playback using touch controls on the earbuds themselves.

You can also trigger Google Assistant or Siri using the onboard controls. The Headset Air is water resistant and can work standalone with the phone or in tandem with both earbuds together. The extended arm of the earbuds also sports a microphone using which you can take calls.

Due to the in-ear style design, the Headset Air should technically provide better noise isolation and a better fit inside the ear while performing rigorous activities when compared to the AirPods. The battery life is claimed to be 4 hours for the earbuds themselves and up to 10 hours for the included battery case which is used to charge the earbuds using which the earbuds can be charged fully in about an hour’s time.

Was this article helpful?
YesNo
TechPP is supported by our audience. We may earn affiliate commissions from buying links on this site.
Read Next
With Redmi A1, is Xiaomi Resurrecting the Android One Dream, but Without Google?
#xiaomi #Xiaomi bluetooth headset air #Xiaomi Mi AirDots