A day later Meizu introduced its new buttonless, portless Zero smartphone, Vivo has announced its own take on the ostensibly growing concept. The new Vivo Apex, like the Meizu Zero, has no ports or buttons and instead, relies on alternative, emerging technologies. But Vivo has taken the idea a step further by including a host of other, new industry-first features. 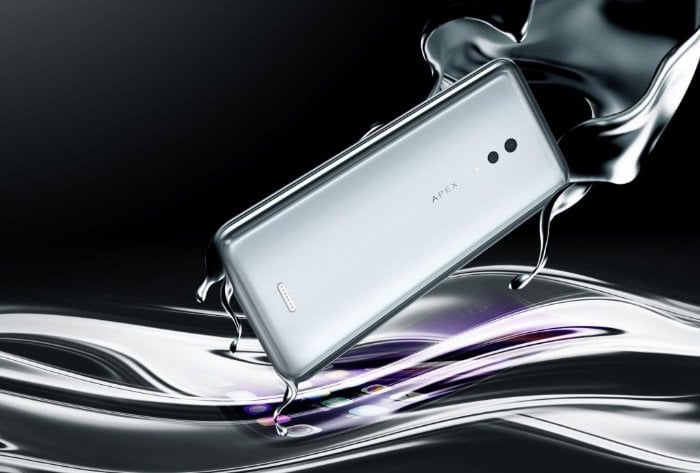 For starters, the Vivo Apex comes with the company’s next-gen in-display fingerprint sensor. Compared to the current ones, the upgraded module lets you touch anywhere on the screen to authenticate instead of just one, specific thumb area. In addition, the Vivo Apex is powered by Qualcomm’s Snapdragon 855 chipset unlike the Snapdragon 845 found on the Meizu Zero. Plus, it has up to a staggering 12GB of RAM and 256GB of onboard storage. The Apex’s display serves another purpose which is to emit sound through vibrations. For the buttons, Vivo has employed pressure-sensitive keys situated on the edges.

While the Meizu Zero forces you to depend on wireless charging to top up your phone, Vivo has gone for proprietary pins. The Vivo Apex has a set of magnetic pins on the back which allow you to easily connect your phone to a power source and charge it through wired speeds. Vivo says the Apex is compatible with 5G networks too, although we don’t know yet which networks it supports. 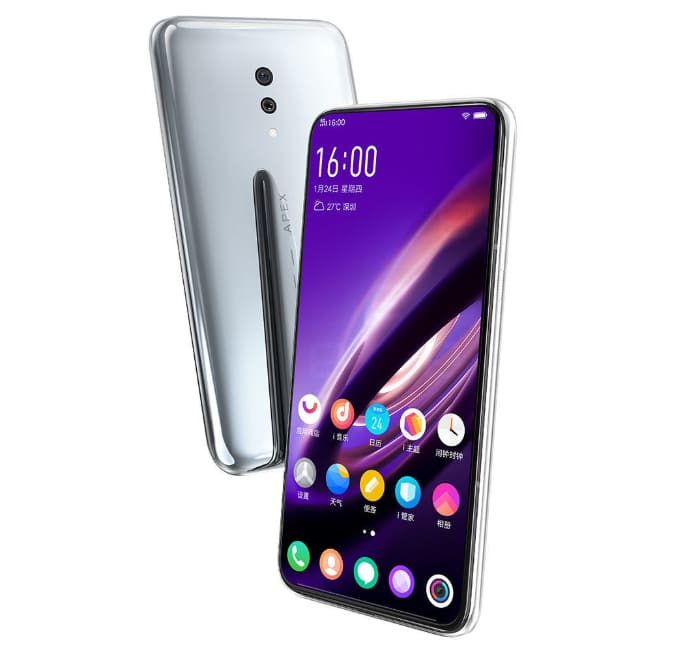 The Vivo Apex carries two cameras but here’s the twist — both of them are on the back. There’s no selfie camera on the Apex, the reasoning for which hasn’t been explained yet. The pair on the rear is a 12-megapixel and 13-megapixel combo.

Speaking on the launch, Spark Ni, senior vice president of Vivo, stated: “With the goal of enhanced usability and simplicity at the core, APEX 2019 offers consumers a glimpse into the future of smartphone design and development. The Super Unibody design and Full-Display Fingerprint Scanning technology, among several other breakthrough features, make APEX 2019 a truly exceptional smartphone that demonstrates Vivo’s continuous exploration and the pursuit of exceptional innovation for consumers.”

The Vivo Apex comes in an all-glass build and has three color options — White, Silver, and Black. Vivo will be revealing the pricing and availability details sometime later this year.

Vivo showcases Apex 2020 with in-display selfie camera and…
[First Cut] Vivo X60 Pro: Classy, compact and cameras with a…
Adobe Premiere Pro Rush Now Lets You Edit Videos on Your…
TextSniper lets you Capture Text from Images and Visual…
tabExtend is a Powerful Extension that Lets You Manage…
Potion Lets You Set Up a Custom Domain for Your Notion…