After teasing the device for a week on Flipkart, the Chinese smartphone manufacturer has today officially launched its newest smartphone, called the Oppo K1. It is the first smartphone in the K series of smartphones by the company and was launched last year in China. Featuring an in-display fingerprint sensor, the device is expected to give a stiff competition to the sub-Rs 2000 smartphones. This is the first time, Oppo is partnering with Flipkart for channeling its newest offering. 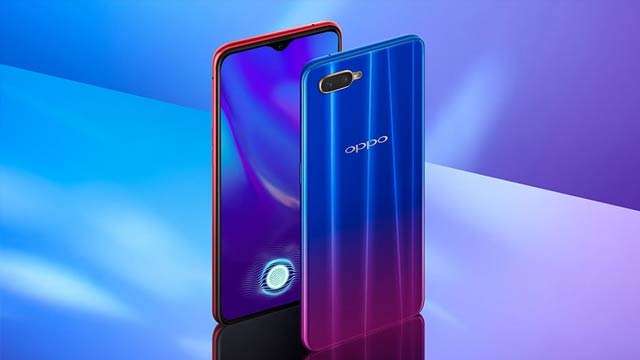 The Oppo K1 sports a 6.41-inch full-HD+ display with an aspect ratio of 19.5:9. Oppo is using an AMOLED panel for its panel with Gorilla Glass 5 on top to increase its durability. It features a waterdrop notch at the top and an in-display fingerprint sensor, along with Face Unlock to authenticate users. Under the hood, the device is powered by a 2.2GHz Octa-Core Qualcomm Snapdragon 660 processor with Adreno 512 GPU, along with 4GB of RAM and 64GB of internal storage, expandable up to 256GB via a microSD card. In terms of the optics, the device comes with a dual camera setup on the rear – with a 16MP primary sensor and a 2MP secondary sensor, and a 25MP AI-enhanced camera on the front for selfies. The device runs on Oppo’s ColorOS 5.2, based on Android 8.1 Oreo, and a 3600mAh battery to power the entire thing.

The Oppo K1 comes in two different colors – Piano Black and Astral Blue for a price of Rs 16990 and can be purchased from Flipkart. The phone goes on sale at 12 PM on 12th Feb 2019 exclusively on Flipkart.