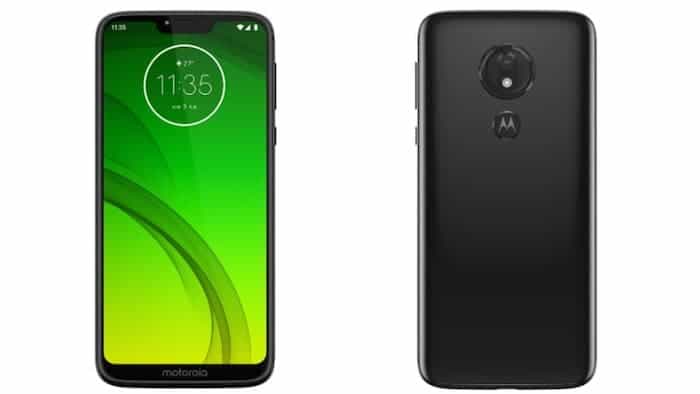 The Moto G7 Power was most notable for its large battery and, in fact, seemed to be a blend of the Motorola One Power and the Moto E5 Plus both of which were launched last year. The phone comes with a 6.2-inch, 1520 x 780 pixel display and is powered by a Qualcomm Snapdragon 632 chip with 4 GB of RAM. It sports a 12-megapixel rear shooter and an 8-megapixel front-facing camera. The biggest star of the show, literally, is the large 5000 mAh battery in the device that Moto claims can last as long as 55 hours. The display and camera do not seem rave-worthy, but we have a feeling that the battery and good old (or make that good new) stock Android (the phones run on Android 9) will make the device an interesting proposition for die-hard Moto fans.

The pricing of the G7 Power, however, seems a little odd. The phone’s international pricing was USD 249, which translates to about Rs 17,500 in Indian Rupees. That would make the MRP of Rs 18,999 seem only a bit on the higher side. What REALLY intrigues is that this phone is being released in the Indian market within weeks of the price of the Moto One Power being slashed to Rs 14,999, which is just a notch above that offered by Mahesh Telecom. And on paper, the Moto One Power seems a much more viable option, sporting a full HD+ display, dual cameras on the rear, a much more powerful selfie camera, a better Snapdragon 636 processor and even a similar battery of 5000 mAh capacity. We had written a few days ago on how the Moto One Power was potentially one of the best mid segment devices out there. The Moto G7 Power seems to have landed squarely in its territory, without frankly bringing too much new to the table.

The pricing of the G7 Power, if true, will also raise concerns about the pricing of the other Moto G7 devices, if and when they are released in India. The Moto G7 which was priced at USD 299, could end up costing well north of Rs 20,000, and the G7 Plus which commands a price tag of USD 349 could go beyond Rs 25,000, all of which is more of Moto X and Moto X Play land. The Moto G could well be entering a new price zone.

Of course, all this is mere speculation at the moment. We will let you know more as and when we get official information in this regard. As of now, all we can safely say is that one of India’s major retailers is getting ready to say Hello to the Moto G7 Power. And as per Manish Khatri, the guy from Mahesh Telecom, its price may vary between Rs 13,999 and Rs 14,500.

Was this article helpful?
YesNo
TechPP is supported by our audience. We may earn affiliate commissions from buying links on this site.
Read Next
Moto G60: India’s most affordable 108MP+32MP Smartphone!
#Moto #Moto G7 #Moto G7 Power