Amidst the various leaks that have been surfacing all over the internet for the past few days, Xiaomi has today officially launched three new Mi 9 smartphones in China: the Mi 9, Mi 9 Transparent Edition, and Mi 9 SE. The devices are priced starting at 2999 CNY, 3999 CNY, and 1999 CNY respectively and are expected to give a tough competition to other smartphones in the respective price bracket. In another announcement, the company has said that Mi and Redmi are two separate brands now, which means we will get to see different devices under these brands in the future. 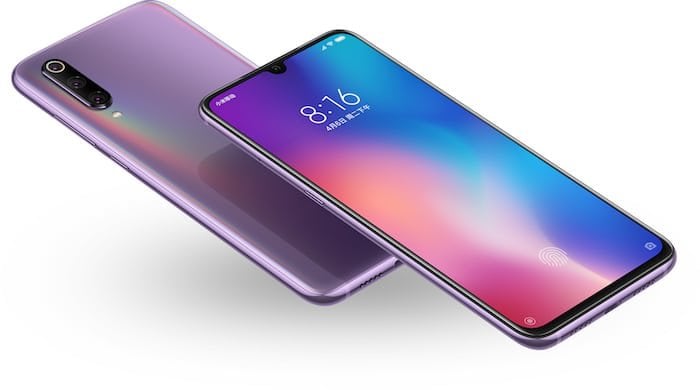 The Xiaomi Mi 9 sports a 6.39-inch full HD+ AMOLED display from Samsung, a notch at the top, with a 19:9 aspect ratio producing 90.7% screen-to-body ratio. The back has a ‘holographic design’ finish that shows different colors of a rainbow depending on the angle at which the light hits it. Xiaomi says this is made using nano-level laser engraving and dual-layer nano-coating. Both front and back is covered with Corning’s Gorilla Glass 6 protection.

Under the hood, the device is powered by the latest Qualcomm Snapdragon 855 SoC clocked at 2.4GHz, which is a 7nm 5G-ready chipset, 6GB and 8GB RAM variants, and 128GB of internal storage variant.

In the camera department, the Mi 9 packs a triple camera setup, arranged vertically, with a 48MP primary sensor (Sony IMX586) on the rear that essentially outputs a 12MP image, a 16MP ultra wide-angle secondary sensor, and a 12MP telephoto lens with 2x optical zoom. And there’s a 20MP shooter for selfies on the front. The camera sensors are protected using a sapphire glass lens on top to enhance the durability and prevent it from scratches. Additionally, the camera is capable of recording super slow-motion videos at 960fps and also includes motion tracking capabilities. The image stabilization has apparently been improved and there is a Super Night Scene mode included for low light photography.

One thing which might be a slight disappointment for some users is the 3300mAh battery on the Mi 9. Thankfully, it comes with support for 27W fast charging, and Android 9.0 Pie based MIUI 10 running on top. To add wireless charging support to the device, the company has decided to go for a circular circuit, instead of the traditional rectangular coils arrangement to enable up to 20W charging speeds using the proprietary charger and 10W with Qi charger. For authentication, the device sports an in-display fingerprint sensor underneath the screen to allow users to unlock their devices using a fingerprint. 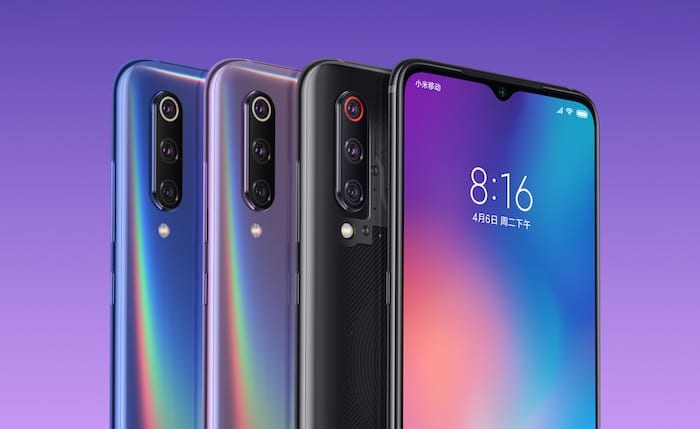 Among some other improvements and additional features include the return of IR blaster that essentially allows users to control various electronic devices using their smartphone, the introduction of a new NFC chip that brings the dual-frequency GPS that uses L1 and L5 interchangeably, improvements in UI with support for dark mode in settings and some system apps, along with an always-on display with customisable patterns. Similar to Samsung’s very own Bixby assistant that comes with a hardware button for easy access, Xiaomi is doing the same with the Mi 9. The button, in this case, however, will be used to trigger Google Assistant in most countries. Except for China, where Google services are banned, it will trigger Xiaomi’s own Assistant, Xiao Ai.

Xiaomi has also announced the Mi 9 Transparent Edition, which it has been teasing as a collaboration with the movie franchise from Disney, Alita: Battle Angel. The Transparent Edition has a slightly improved camera with a 48MP primary rear camera sensor, along with a 7P lens and f/1.47 aperture. In terms of design, the device has a transparent glass back that exposes the internals of the device to give it an appealing look. The design is inspired by the Mi 8 Explorer Edition, which launched last year. 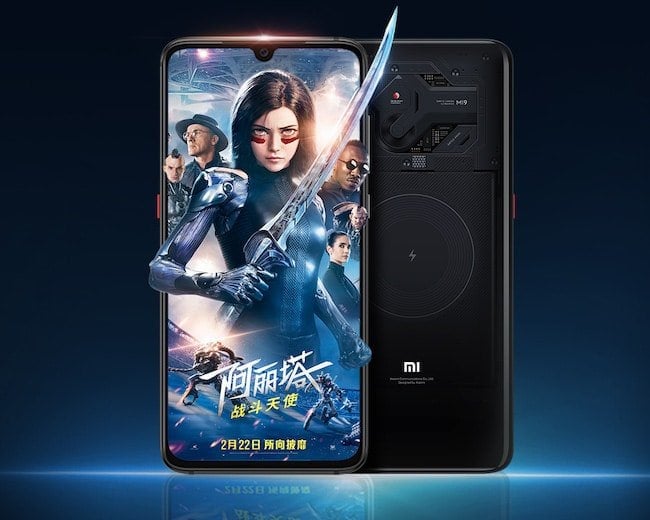 The Mi 9 Transparent edition comes with a whopping 12GB of RAMand 256GB of internal storage which is amongst the biggest we have seen on modern day smartphones.

In addition to the Mi 9 and Mi 9 Explorer Edition, Xiaomi has also announced the Mi 9 SE. The device is targeted towards those who do not want to spend a huge chunk of money but still want a phone that performs well. The Mi 9 SE sports a 5.97-inch OLED display with a notch at the top, an in-display fingerprint sensor. Under the hood, it is powered by a Qualcomm Snapdragon 712 chipset, 6GB of RAM, 64GB and 128GB of internal storage, and a 3070mAh battery to power it all. In term of optics, the device features a triple (48MP+8MP+13MP) camera setup on the rear and a 20MP selfie shooter on the front.

The Mi 9 is going on pre-sale starting at 6 PM in China where interested users can pre-book Mi 9 by paying 100 CNY. The Mi 9 Explorer edition and Mi 9 SE will be available at a later date.

Update – The Xiaomi Mi 9 has been officially announced in Europe starting at 449 Euros for the 6+64GB variant while the 6+128GB variant will retail for 499 Euros. Pre-orders start from 24 February in Spain, Italy and France.

Was this article helpful?
YesNo
TechPP is supported by our audience. We may earn affiliate commissions from buying links on this site.
Read Next
Xiaomi Pad 5 Review: Taking on the iPad
#Mi 9 #Mi 9 SE #Mi 9 Transparent edition #xiaomi