Among a series of smartphones launched today at MWC, Nokia has added another smartphone to its budget offering, the Nokia 1 Plus. The device is a successor to the last year’s Nokia 1 smartphone and comes with a refreshed designed and look. Priced at $99 (~Rs 7100), the device is a good option for folks looking for an upgrade, without spending too much. 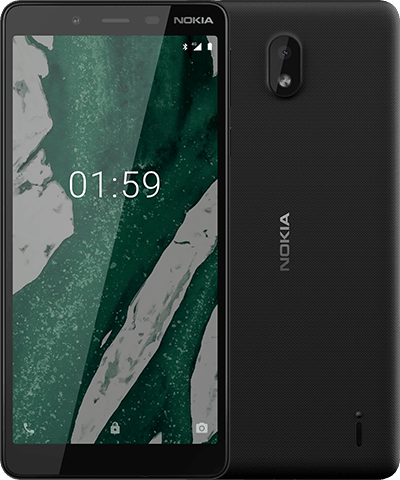 The Nokia 1 Plus features a seamless wrap-around polycarbonate material with a 3D finish on the outer back and a 5.45-inch FWVGA+ IPS display with an aspect ratio of 18:9. Under the hood, it is powered by a 1.5GHz Quad Core Mediatek MT6739WW processor, 8GB of internal storage, and 1GB of RAM. The device runs on Android 9.0 Pie based Android Go version and is powered by a 2500mAh battery.

Nokia 1 Plus Pricing and Availability

The Nokia 1 Plus comes in three different colours: Black, Red, and Blue, and is priced at $99 (~Rs 7100). Nokia says that the device will be available in early March.

Was this article helpful?
YesNo
TechPP is supported by our audience. We may earn affiliate commissions from buying links on this site.
Read Next
Nokia Power Earbuds Lite Review: Connecting through Clear Audio against Tough...
#MWC 2019 #nokia #nokia 1 plus #Nokia 1 Plus Budget Offering Phone #Nokia 1 Plus Price