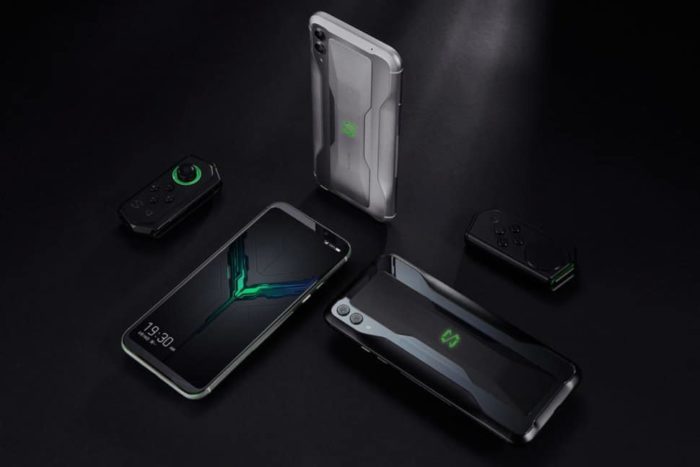 As the smartphone is meant specifically for gamers, there are some cool additional perks that you get including a special liquid cooling mechanism, a gaming mode that will overclock the CPU, a dedicated controller attachment and what not. Performance being the criteria of utmost importance, the Black Shark 2 opts for the Snapdragon 855 SoC which is currently the best that Qualcomm has to offer for smartphones. Paired with it is up to 12GB of RAM and up to 256GB of onboard storage.

There’s a liquid-cooling system in place that is directly in contact with the CPU ICs which according to the brand’s claim helps in reducing the overall temperature of the device by up to 14 degrees Celsius. The overclock that we spoke about earlier is made possible using the Ludicrous mode which essentially kills all unnecessary apps and makes use of all available resources to optimize gameplay. In order to facilitate seamless online gaming, Black Shark has also provided two additional antennas the sides of the device which enables it to receive and transmit strong signals even when the phone is held in the horizontal orientation.

There’s also the ability to connect the phone to an external display using an HDMI cable and then game on it, something like Samsung’s Dex implementation but only for gaming and streaming purposes. Additional accessories include a GamePad 3.0 controller for console-like experience and a cooling case which provides better thermals. Black Shark also claims to have optimized the touch latency on the display allowing for faster touch recognition rates.

Other basics include a 6.39-inch FHD+ AMOLED display with support for HDR. Black Shark has decided to stay away from any sort of notch on the display as it would be obtrusive while gaming. There’s a 4000mAh battery, a 48MP Samsung GM1 primary camera accompanied by a 12MP telephoto lens at the back and a 20MP selfie shooter.

Was this article helpful?
YesNo
TechPP is supported by our audience. We may earn affiliate commissions from buying links on this site.
Read Next
Eight years, Eight times Xiaomi surprised us with the Redmi Note
#Black Shark #Black Shark 2 #xiaomi