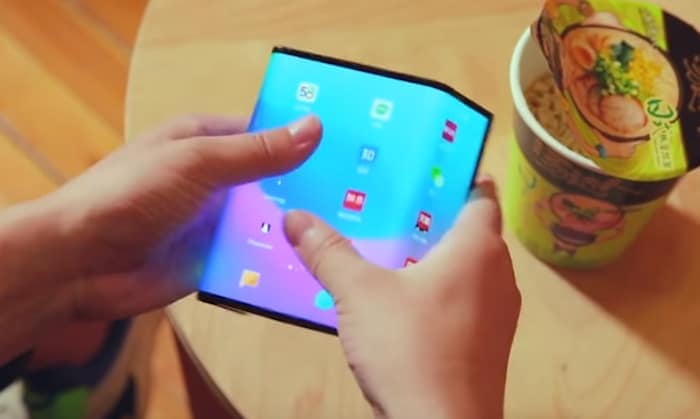 It is a ten-second long video and was first seen on Xiaomi’s official Weibo handle. It shows a person using the smartphone in an unfolded (open) state in portrait mode, scrolling through some content. He goes back to the home screen and changes the smartphone’s orientation to landscape, and then folds it from both the sides before placing it on a box. Upon noticing closely, a few seconds of lag in the animation can be noticed on a couple of occasions. First, when the person swipes up on the screen to exit to the home screen, and second when he folds the fold from both the sides. In the latter scenario, the icons seem to take a good 3-4 seconds of delay to change their orientation.

However, the smartphone is in prototype phase currently, so it would not be fair to jump on to any conclusions. Also, with other smartphone manufacturers also jumping on the bandwagon of creating a foldable smartphone, there is a lot at stake for each of the manufacturers to prove to their loyal customers.

While Samsung’s Galaxy Fold is slated for release on April 26 and Huawei’s Mate X is expected to arrive in June, there is no clarity on when we get to see Xiaomi’s implementation of the foldable smartphone. We got to wait and watch.

Was this article helpful?
YesNo
TechPP is supported by our audience. We may earn affiliate commissions from buying links on this site.
Read Next
3 Ways to Compress a Video File on Mac
#Foldable Smartphone #Video #xiaomi