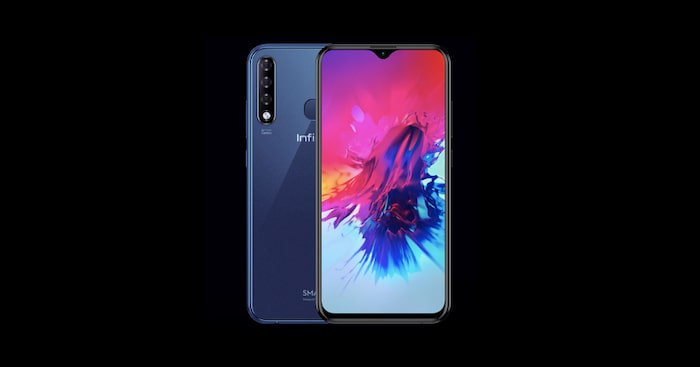 The Infinix Smart 3 Plus features a 6.22-inch display with a screen resolution of 1520 x 720 pixels and a waterdrop notch at the top. Under the hood, it is powered by an Helio A22 processor, paired with 2GB of RAM and 32GB of internal storage (expandable using a microSD card). The device runs on XOS, which is the company’s own UI based on Android 9 Pie and has a 3500mAh battery to power everything. Additional hardware functionalities include a fingerprint sensor, mounted on the rear for authentication.

In terms of optics, the Infinix Smart 3 Plus sports a triple camera setup on the rear, with a 13MP primary sensor with f/1.8 aperture, a 2MP secondary sensor, and a third sensor (resolution unknown) for low light sensing. On the front, the device has an 8MP sensor for selfies.

The phone faces strong competition from the likes of Realme C2 and Redmi 6.

Infinix Smart 3 Plus Pricing and Availability

Infinix Smart 3 Plus comes in two colour options: Midnight Black and Sapphire Cyan and is priced at Rs 6,999. It will go on its first sale on Flipkart starting April 30. With a price that low, it would be interesting to see how the phone manages to compete with the likes of companies like Redmi and Realme, which have also been offering better specification and user experience at a far lesser price.

Was this article helpful?
YesNo
TechPP is supported by our audience. We may earn affiliate commissions from buying links on this site.
Read Next
Infinix Hot 9: Punch Hole and Quad Cameras on a Budget
#Infinix #Infinix Smart 3 Plus