It has got to be one of the sneakiest attacks we have seen in tech marketing. Over the past week or so, Xiaomi (or rather Redmi, one of its brands) seemed to take over a key marketing line of one of its main competitors, OnePlus. For those who might have recently arrived on the planet (please be kind, and do not pollute), OnePlus had been launched in 2014 with the tagline, Flagship Killer. And it was a line that fitted its product (the OnePlus One) to a T. The device offered flagship level hardware and innovative software at a price of USD 299, that was well below anything and was basically a pain in the neck for every premium device out there – it literally WAS a flagship killer. 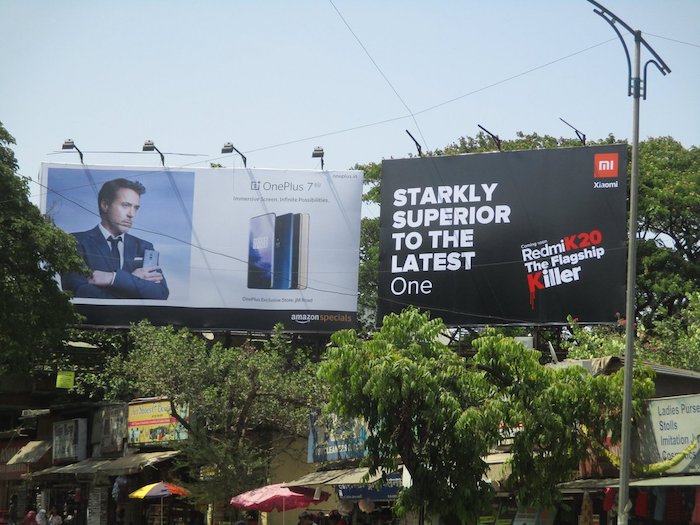 Now, almost every prominent device and brand have their own tagline. And more often than not, it is forgotten within a few months of its being publicized. This one, however, stuck. So much so that even the tech media identified it strongly with the brand. Right until the OnePlus 3 in 2016, OnePlus kept using the term Flagship Killer in its communications. And although the term was less prominently used subsequently, reviewers and writers (us included), kept referring to any OnePlus phone as Flagship Killer – we used the term even to describe the 7 and 7 Pro.

Right, now imagine that terms being used by another brand?

I mean, imagine IBM launching a computer with the slogan “Think Different”? Or Puma launching a jacket with the words “Just Do It”? Or Pepsi calling itself “The Real Thing”?

A little mind-boggling, right? But Xiaomi, which had taken a few communication swipes at OnePlus last year with its Poco campaign, now literally took over the brand’s tagline. Within a short time of the launch of the OnePlus 7 Pro, Xiaomi put out a tweet saying: 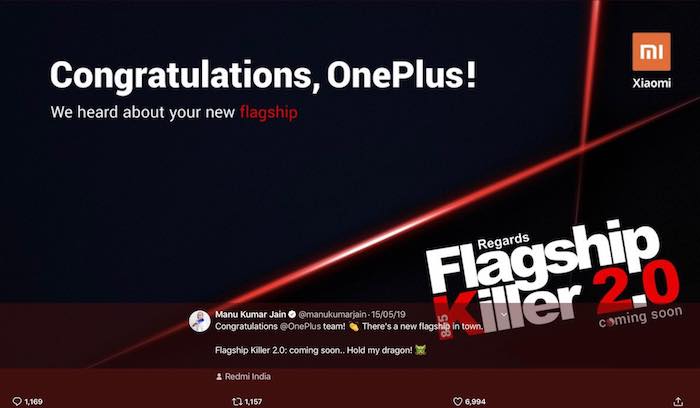 That was not the end of it, though. The days that followed have seen Xiaomi time and again using the terms “Flagship Killer” and “Flagship Killer 2.0” for its Redmi K20 device, which – surprise, surprise – comes with a spec sheet and price tailor-made to take on the OnePlus 7 and 7 Pro. And the battle has gone beyond the Twitterverse. OnePlus recently launched a high-profile (if slightly abstract) ad campaign around the OnePlus 7 Pro featuring Hollywood star Robert Downey Jr, who is known to many as the man who plays Tony Stark, or Iron Man, in Marvel’s Avengers’ series of films. OnePlus put up a number of huge signboards featuring Robert Downey Jr and the OnePlus 7 Pro in some Indian cities.

Xiaomi has put up boards strategically next to these with the words “Starkly superior to the latest one. Coming soon, Redmi K20, the flagship killer.”

The tech world is already divided as to whether this is a good or bad strategy. There are those who feel that Xiaomi should not try to define its product by comparing it with others. Then there is the crowd that feels that competitor-oriented advertising is not “classy.” And finally, there are those who are laughing at the pun and loving the fiesty-ness of it all. No prizes for guessing which camp the author is in.

No matter what its critics call it, the fact is that competitor based advertising CAN make a massive difference to a brand. If well handled. Apple poked fun openly at the PC and Intel. But it did so effectively. For all the holier than thou harrumphing from some purists over Poco’s pursuit of OnePlus, no one can deny that it did seem to help the new Xiaomi brand get not only some attention but some very decent sales numbers as well. Hey, truth be told, OnePlus is no blushing innocent in the garden of tech advertising. The brand has not been averse to taking a poke at its competitors in the past – it even implied that Samsung was “ugly” in a campaign. No, there is nothing fundamentally wrong in poking fun at a competitor, as long as you are ready to put up with the risk that you are actually giving them coverage as well – Samsung’s attempts to poke fun at Apple’s battery issues did not quite pay off, for instance. 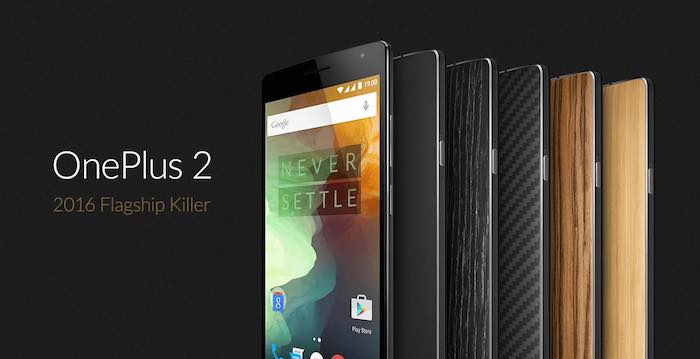 What has helped Xiaomi’s taking over of the Flagship Killer line is the fact that OnePlus itself seemed to have almost stopped using it over the past couple of years. This has also coincided with the brand’s journey up the price ladder, taking it further away in the eyes of some from its “budget flagship” roots. In fact, recent times had seen the media using the term Flagship Killer more often for OnePlus than the brand itself did. OnePlus’ decision to launch the OnePlus 7 Pro at what some considered to be a very high price by OnePlus standards also complicated matters. Yes, the OnePlus 7 was priced much lower, but all the hype was around the 7 Pro, which some felt represented a move by OnePlus away from its core “budget flagship” audience to a more premium one.

Add to that the fact that no one seemed to have copyrighted the term, and “flagship killer” was up for grabs in the market. Xiaomi to its credit seems to have grabbed it. Yes, by using it, it is drawing attention to OnePlus as well, but it is getting some mind space as well – something which is very important when you consider that Redmi phones have seldom ventured past the Rs 15,000 mark. Interestingly, although many people have felt that the digs at OnePlus are in “poor taste”, no one seems to be objecting to Redmi using the “Flagship Killer” tagline itself. Which is a kind of a minor victory for the brand. Of course, there are those who insist that OnePlus does not need the “flagship killer” term anymore, but only the naive would say that the brand would not be affected by its being used against it. There is also a feeling that by not reacting (and it has not), OnePlus might actually cede the tagline to its opponent. Especially as Xiaomi is likely to use the term even more often as the Redmi K20 is released in more markets (it is rumored to be coming in India soon, as those signboards prove!). 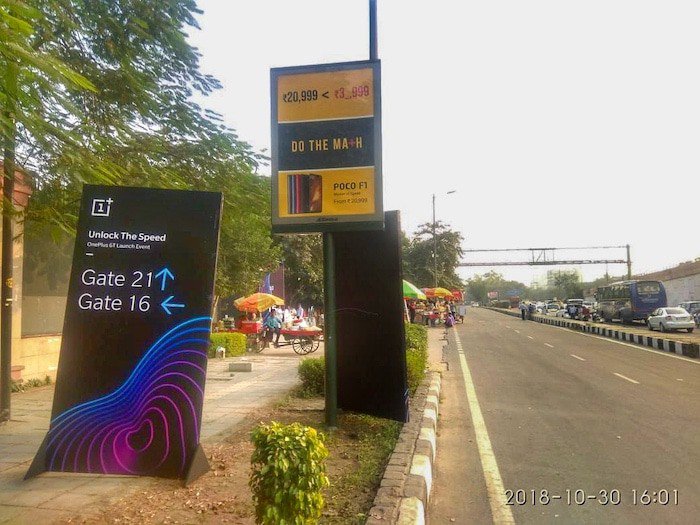 Yes, “Killer Flagship” is just a pair of words. But those words have importance and form perceptions and associations. And what and whom they represent are changing right in front of us. We are not sure we have ever seen anything like this – a brand using the slogan of its rival against that very rival. Some might frown at the notion. But we think Xiaomi has pulled off a minor coup here.

There was a brand called Xiaomi
Who for 20 K of Redmi
Just stole the flagship killer
From the OnePlus cellar
And when accused, muttered “Who, Mi?”

Was this article helpful?
YesNo
TechPP is supported by our audience. We may earn affiliate commissions from buying links on this site.
Read Next
With Football Manager 2023 Touch, Apple Arcade finally has its “killer ...
#advertising #oneplus #OnePlus 7 Pro #Opinion #Redmi K20 #xiaomi