HMD Global has today announced a new smartphone, the Nokia 2.2, in India. The Nokia 2.2 is the first smartphone in its category to come with a biometric face-unlock feature and one of the first smartphones in Nokia’s 2-series lineup to be a part of the Android One program. It runs on Android 9 Pie out-of-the-box and is claimed to be Android Q ready with two years of OS upgrades and three years of monthly security updates. 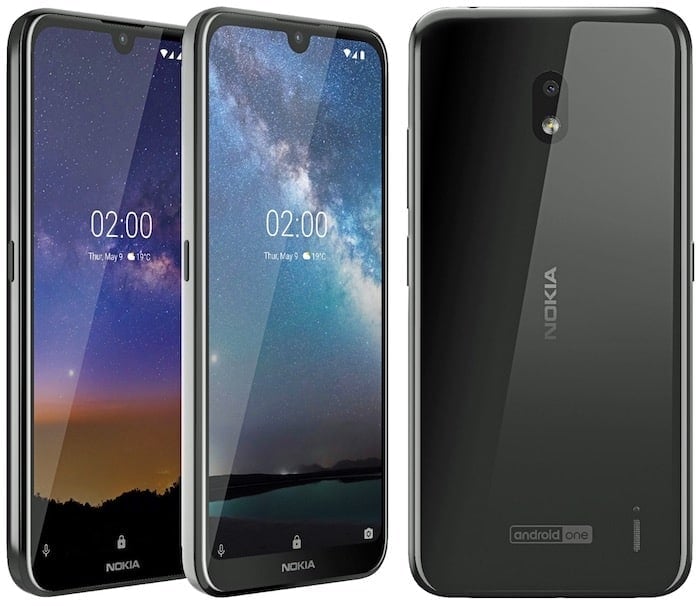 In terms of design, the Nokia 2.2 features a polycarbonate design with Glossy nano-coating (on top), on its rear, and a 5.71-inch HD+ display with a notch at the top and a 19:9 aspect ratio that goes edge-to-edge and offers up to 400nits of brightness. At its core, it has a 2GHz Quad-Core Mediatek Helio A22 chipset running under the hood, paired with 2GB / 3GB of RAM and 16GB / 32GB of internal storage (expandable up to 400GB with microSD card), with 3000mAh battery, and Android One (based on Android 9 Pie), running on top. In terms of other hardware specifications, the smartphone comes with a dedicated Google Assistant button that can be used to perform most of the regular day-to-day tasks like getting directions, making calls, and more, with ease. It uses biometric face unlock for authentications and offers access to digital wellbeing tools including the dashboard, app timer, wind down mode, and do not disturb mode, with Android Pie, in addition to Google Lens.

Coming to optics, the Nokia 2.2 sports a 13MP camera on the rear with f/2.2 aperture, AF, and single LED flash. And a 5MP front-facing camera for selfies and face unlock. The camera also comes with features like HDR, panorama, low-light enhancement, time-lapse, AI-powered low light imaging, and beautify mode.

As part of the launch, Jio subscriber on Nokia 2.2 will get instant cashback of INR 2,200 along with additional data, applicable on recharges of INR 198 and INR 299.

Was this article helpful?
YesNo
TechPP is supported by our audience. We may earn affiliate commissions from buying links on this site.
Read Next
Nokia Power Earbuds Lite Review: Connecting through Clear Audio against Tough...
#Android Q #nokia #Nokia 2.2