Nubia Technology, a Chinese smartphone manufacturer, has today launched the Red Magic 3 smartphone in India. The Red Magic 3 is a gaming-oriented smartphone, and it was launched in China a few months back. Some of the highlights of the smartphone include a new active liquid-cooling system with an internal cooling fan, a Snapdragon 855 chipset, up to 12GB of RAM, a 5000mAh battery with 27W quick charging, and a 90Hz refresh rate display. 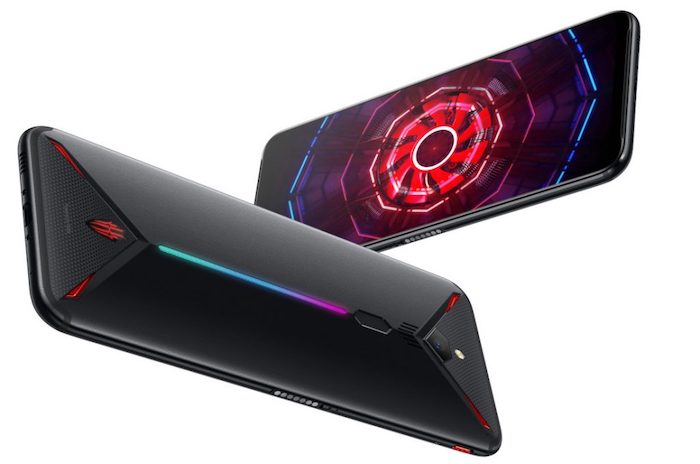 The Nubia Red Magic 3 features a 6.65-inch Full HD+ HDR AMOLED display with a screen resolution of 2340 × 1080 pixels, a 19.5:9 aspect ratio, and a 90Hz refresh rate. It has a new active liquid-cooling system that comes along with an internal turbofan (claimed by the company to be the world’s first in a smartphone) to keep the heat out of the device and keep it cool during heavy graphics crunching. At its core, the smartphone has a 7nm Octa-Core Snapdragon 855 processor with Adreno 640 GPU paired with 8GB / 12GB of RAM and 128GB / 256GB of internal storage. It runs on Android 9 Pie and has a massive 5000mAh battery with 27W quick charging.

Other hardware specifications of the smartphone include a dual front-facing stereo speaker, along with DTS:X, and 3D sound technologies. And a hardware switch that can be used to toggle the ‘Red Magic Game Space 2.0’, which is sort of a gaming dashboard that allows you to organize and quick-launch games, fine-tune performance settings and fan speeds, monitor temperature and usage stats in real time, block notifications for uninterrupted gaming, record in-game videos, and more.

In the camera department, the Red Magic 3 sports a 48MP camera with Sony IMX586 sensor, f/1.75 aperture, and dual LED flash, on the rear. And a 16MP camera with f/2.0 aperture on the front for selfies.