Imagine getting a phone with very classy, very glassy design, dual cameras with Carl Zeiss optics and optical image stabilization, decent battery life and a very good mid-segment processor for about Rs 15,999? Well, you can. The Nokia 8.1 just got a price cut. And well, take it from us, it is a heck of a deal at that price. Good enough to make it an alternative t the likes of the Realme 5 Pro, the Redmi Note 7 Pro and Realme X. 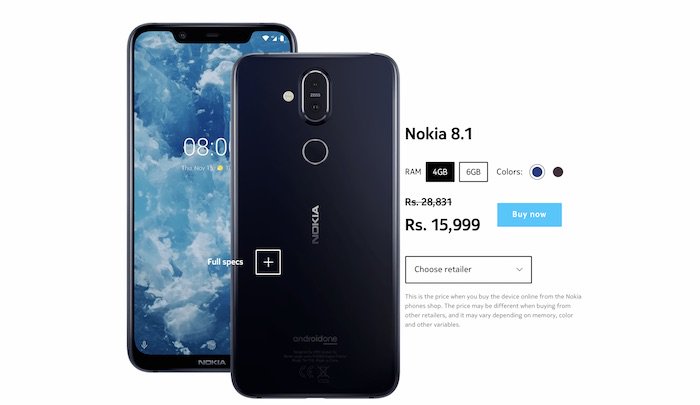 When it was launched right at the end of 2018, the Nokia 8.1 won good reviews for its design and overall performance – it looked very good indeed and came with a 6.18-inch FHD+ high quality display with support for HDR 10, a Snapdragon 710 processor with 4 or 6 GB of RAM, dual 12 and 13 megapixel cameras with Zeiss optics, a decent 20 megapixel front camera, a 3500 mAh battery with fast charging support, plain and regularly updated Android. However, one point which stopped it from being an outright winner in some books (and certainly ours) was its price tag – the phone was launched at Rs 26,800, which put it in competition with the likes of the Poco F1 and Asus Zenfone 5z, which came with flagship-level processors that totally outgunned the Snapdragon 710 on the 8.1, and by February, the Realme and Redmi mid-segment wave had hit. As we had said in our review:

It has got the looks, the specs and for the most part, the performance, but at its price point of Rs 26,800, the Nokia 8.1 faces a problem that many of us do.
It doesn’t quite know where it fits in.

Nokia brought the starting price of the 8.1 down to Rs 19,999 a few months ago. It made it a much better value for money proposition, but it was still really no match for the mid-segment Realme and Redmi players in pure spec sheet face-offs. That, however, changes with another price cut.

A look at the Nokia India official website gives the price of the Nokia 8.1 at Rs 15,999 for the 4 GB/ 64 GB variant. And that finally – FINALLY – lets it mix it with the best of the mid-segment, including the Realme 5 Pro, the Redmi Note 5 Pro, the Realme X, the Vivo Z1 Pro, and the latest offerings from the likes of Oppo and Motorola.

Yes, there will be those who will point out that many of its rivals have moved on to triple cameras, but then at its current price point, the Nokia 8.1 is the only device out there offering cameras with OIS and EIS both. Add to that a very very classy design – we think in terms of a blend of solidity and style, it remains in a zone of its own – and very good overall specs and performance, with no spec short cuts (you have fast charging, a 3.5 audio jack, a microSD card slot, NFC, USB Type C), topped off with Nokia’s phenomenal Android update record and the Nokia 8.1 becomes a formidable proposition. 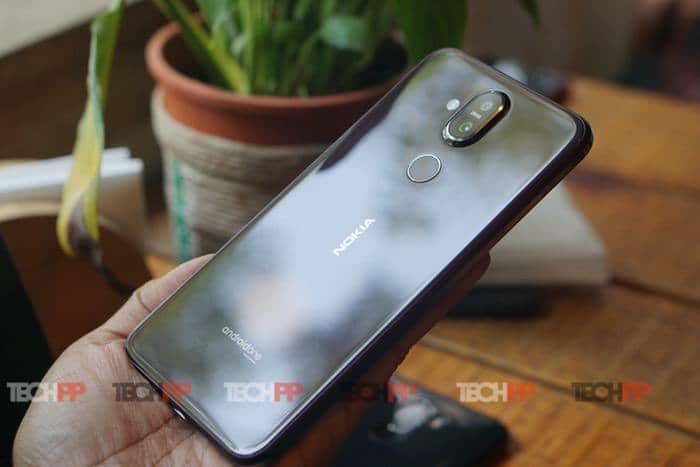 Because, almost nine months after its arrival in India, the Nokia 8.1 finally fits in.

Was this article helpful?
YesNo
TechPP is supported by our audience. We may earn affiliate commissions from buying links on this site.
Read Next
Best Black Friday Phone Deals 2022: iPhones, Pixels, Samsung Galaxy and More
#Bazaar Bargain #Deal #Nokia 8.1