As promised, Xiaomi has today introduced a new charging technology, the Mi Charge Turbo, at an event. The technology tops out at 30W and is expected to feature on Xiaomi’s upcoming lineup of flagship smartphones. In addition to this, Xiaomi also teased ‘one more thing’ during the presentation, which is a 40W super wireless flash technology that is currently in its testing phase and might roll out sometime later this year. 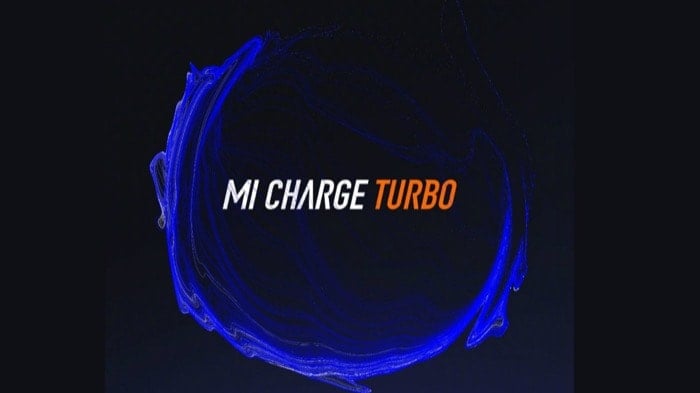 It might come as a surprise for some, but this is not the first time Xiaomi has delved into upping its charging-game. Earlier this year, it demonstrated its 100W charging technology in a video, which would compete against the likes of Huawei and Oppo that come with 40W and 50W charging rate, respectively. In the video, Xiaomi compared its charging technology with Oppo’s 50W Super VOOC charging technology that managed to charge a 3700mAh battery to 65% in 17 minutes. In contrast, Xiaomi’s 100W technology was slightly faster and managed to charge a bigger, 4000mAh battery, in 17 minutes. However, as of now, it seems like the 100W ‘Super Charge Turbo’ charging technology is under testing, and Xiaomi might need to address some concerns (like the longevity and safety of the battery) before it can make its way to end-user products.

Coming back to the newly-announced technology — as already mentioned — the Mi Charge Turbo tops out at 30W, and as claimed by the company, is capable of wirelessly charging a 4000mAh battery to 50% in 25 minutes and 100% in 69 minutes. The technology also comes with fast reverse wireless charging that can wirelessly charge devices like smartwatches, headphones, or even smartphones.

The new fast charging technology uses an efficient 4:1 direct charging architecture to provide up to 30W wireless charging. When compared to the 2:1 architecture used in the 20W solution, the Mi Charge Turbo utilises a two-stage charge pump which allows for more efficient charging without generating a lot of heat.

Currently, Xiaomi’s flagship phones offer 27W fast charging and 18W wireless charging speeds, which, when compared to the 30W wireless charging, does feel slow. Not to mention, the 40W super wireless flash technology, that the company showcased as ‘one more thing’, is currently in the testing phase and could make its way sometime later this year. Xiaomi also announced two new wireless chargers: one of which delivers up to 30W power and uses vertical air-cooling to better dissipate heat, and the other, which offers up to 20W wireless charging and automatically tracks the phone placement to allow you to place the smartphone in any part of the charging pad.

Talking about the availability of new charging technology on its smartphone lineup, Xiaomi confirmed that the Mi 9 Pro 5G, which will be releasing later this month, will be the first smartphone to come with the Mi Charge Turbo technology. It also said that to cut down on heat, it will be using ‘some kind of’ cooling technology to keep the temperature low and prevent the device from heating. As we have learned in the past, a fast-charging technology does come with its own set of challenges. One such is the heat, which is not ideal for the battery or the device, and could potentially lead to issues over time.

Was this article helpful?
YesNo
TechPP is supported by our audience. We may earn affiliate commissions from buying links on this site.
Read Next
With Redmi A1, is Xiaomi Resurrecting the Android One Dream, but Without Google?
#Mi Charge Turbo #xiaomi