Samsung had today announced a new smartphone in its A-series lineup, the A51, in Vietnam. Some of the highlights of the phone include a 6.5-inch Super AMOLED, quad rear cameras, an in-display fingerprint scanner, and a 4000mAh battery. Alongside the Galaxy A51, Samsung has also announced another smartphone in the A-series, the Galaxy A71. 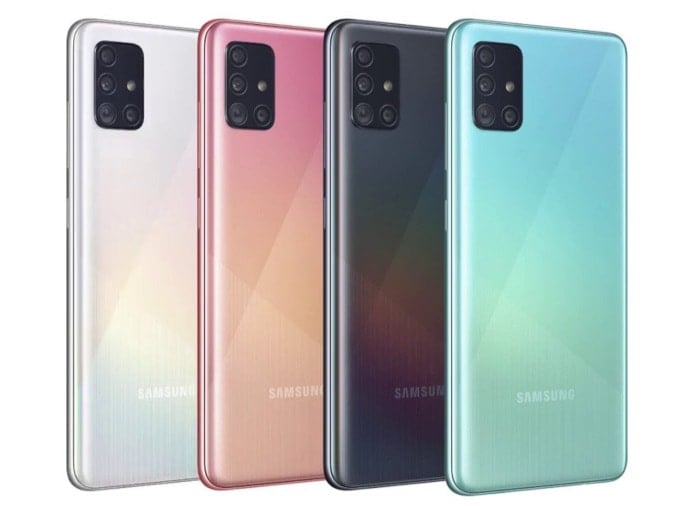 Samsung Galaxy A51: Design and Display

The Galaxy A51 features a diamond-cut design on the rear with multiple shades of color and a rectangular camera module housing the rear cameras. Towards the front, it has a 6.5-inch Infinity-O Super AMOLED infinity display with 2340 x 1080 pixels screen resolution and a 20:9 aspect ratio. Since it is an Infinity-O display, it has a small cutout at the top, rather than a notch, to house the front camera.

At its core, the A51 comes with an octa-core Exynos 9611 processor with Mali-G72 GPU, coupled with 4GB / 6GB of RAM and 64GB / 128GB of internal storage, expandable up to 512GB with microSD card. It includes a 4000mAh battery with 15W fast charging support and runs on Samsung One UI 2.0 based on Android 10, out of the box. Among other things, the phone comes with a 3.5mm audio jack, in-display fingerprint scanner, USB Type-C, Dolby Atmos, and support for dual 4G VoLTE, Wi-Fi 802.11 ac, and Bluetooth 5.

Samsung Galaxy A51: Pricing and Availability