Amazon has today announced a new Echo device, the Echo Auto, to bring the convenience of Alexa in your car. The Echo Auto connects to your car stereo system via audio jack or Bluetooth and to the Alexa app on your smartphone using mobile data to allow you to listen to music, make calls, send messages, and perform a bunch of other things. 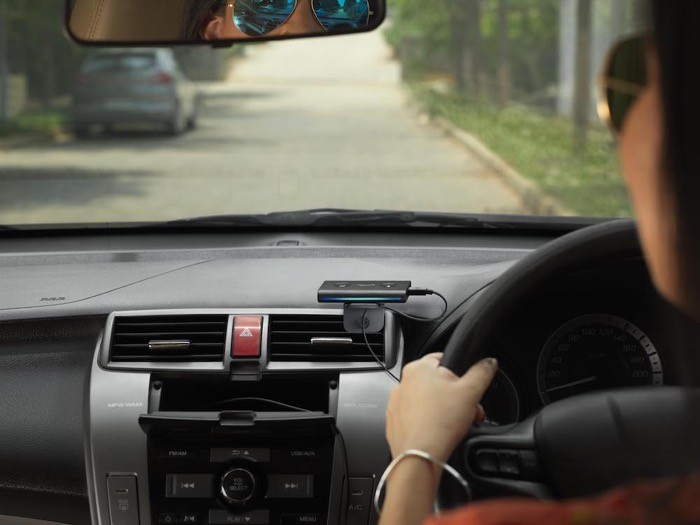 With the growing popularity of smart devices and their dependence on a day-to-day basis, consumers are finding it easier to get some of the most basic things done without having to do them manually. And capitalizing on the same, smart device manufacturers are coming up with new solutions to further aid with performing such trivial operations. And the Echo Auto is not different.

As already mentioned, the Echo Auto connects to your car stereo speaker via either the 3.5mm audio jack or Bluetooth, and at the same time, also connects to the Alexa app on your phone and uses mobile data to perform a bunch of operations. It comes with an eight-microphone array designed for in-car acoustics and speech recognition technology that helps Alexa listen even with noise in the background. Similar to most Echo devices, the Echo Auto also comes with some privacy protection measures like a mic on/ off button that electronically disconnects and the ability to delete Alexa voice recordings, to name a few.

Talking about things that the Echo Auto can do. For starters, users can ask Alexa to play music, get weather updates, set reminders, make hands-free calls, send text messages, among other things. In addition to this, users can also customize their Alexa experience with a collection of over 30,000 Alexa skills in English that allow them to do more things like play podcasts, listen to audiobooks, get live cricket updates, and a lot more. Besides, users can also ask Alexa to give them directions to their destination, for which it relies on the default navigation app on the smartphone and its data plan.

The Amazon Echo Auto is priced at Rs 4,999. It is currently up for pre-order on Amazon India and will go on sale in India starting January 15.

Was this article helpful?
YesNo
TechPP is supported by our audience. We may earn affiliate commissions from buying links on this site.
Read Next
12 Best Audible Alternatives: Top Free or Cheap Audiobook Apps [2022]
#Alexa #Amazon #Amazon Echo Auto