After being inactive for months in the smartphone space, HTC today announced its latest entry-level device in the India and Thailand market. Dubbed Wildfire R70, the phone comes with a 6.53-inch display, MediaTek’s Helio P23 SoC, 4000mAh battery, and triple cameras on the rear. Let’s dive in and check out more specifications for the device in detail. 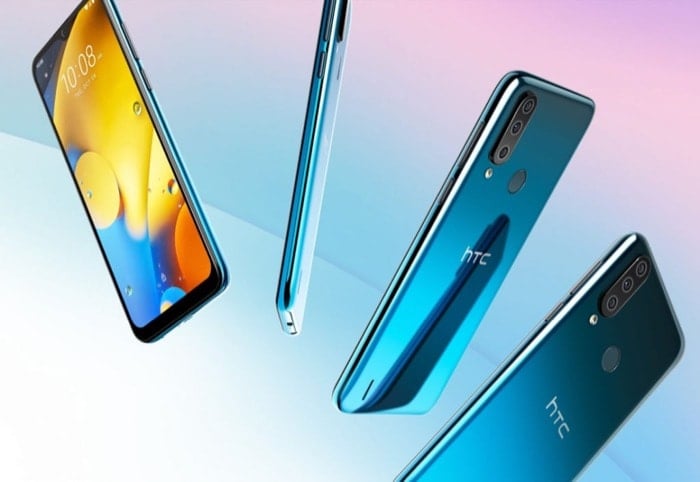 In terms of design, the Wildfire R70 comes with a glass back on the rear that curves around the edges to give the device a comfortable grip and feel in hand. Towards the front, it features a 6.53-inch display with a 19.5:9 aspect ratio, 1560 × 720 pixels screen resolution, and a waterdrop style notch to house the front-facing camera. The handset comes in two color options to choose from Aurora Blue and Night Black.

Talking about performance, the Wildfire R70 comes with MediaTek’s Helio P23 chipset with Mali G71 MP2 GPU, which is a 2.5GHz octa-core processor built on the 16nm manufacturing process. The device offers 2GB of RAM and 32GB of internal storage, expandable up to 256GB with a microSD card. It includes a 4000mAh battery with 10W charging to power the internals and runs on Android 9.0 Pie out of the box.

As for other hardware specifications, the handset comes with support for Wi-Fi 802.11 b/g/n, dual 4G VoLTE, and Bluetooth 4.2. It employs a fingerprint scanner, mounted on the rear, for authentication and provides the infamous 3.5mm audio jack, and the dreaded micro-USB port — which is a let down in 2020. 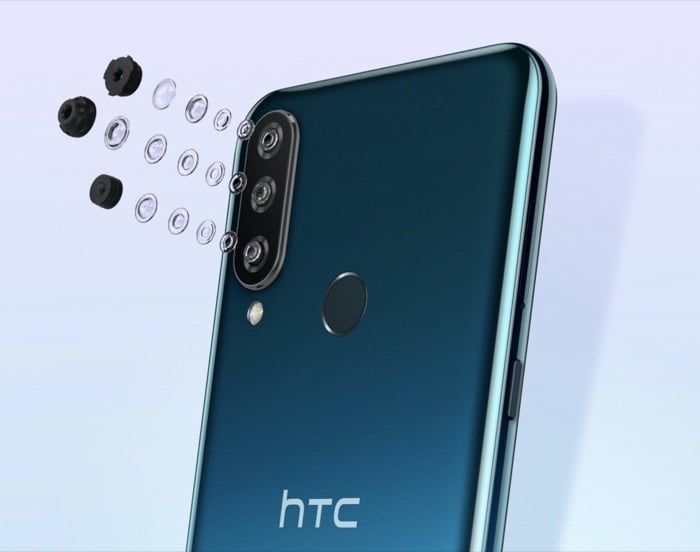 In the camera department, the Wildfire R70 sports a triple-camera setup on the rear, with an LED flash. This setup includes a 16MP primary sensor with f/1.7 aperture, accompanied by a 2MP secondary macro lens with f/2.4 aperture and a 2MP depth sensor with f/2.4 aperture. The camera comes with features like HDR, Beauty mode, Portrait mode, AR stickers, and Pro mode. On the front, there is an 8MP camera for selfies with f/2.0 aperture, Beauty mode, Portrait mode, and AR stickers.

As of now, HTC has not yet revealed the pricing and availability for the Wildfire R70. However, it is likely to be available sometime soon.

HTC Wildfire X with Helio P22 and Triple Cameras Launched in India for Rs 9,999
Read Next