Realme launched its latest Realme 6 series of smartphones a couple of weeks earlier, and back then, it announced that a more affordable version of the device is coming soon. Today, after two weeks, the Chinese manufacturer has officially unveiled the all-new Realme 6i in Myanmar. In a nutshell, the Realme 6i is an affordable take on the Realme 6, and it is claimed to be the world’s first smartphone to come with the Helio G80 processor. Let’s dive in and look at the device in detail. 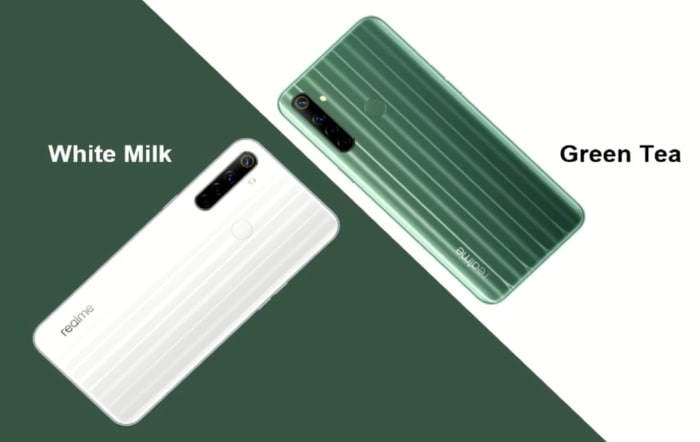 Realme 6i: Design and Display

In terms of design, the Realme 6i comes with a gradient finish design on the back with a plastic back that features a unique painting pattern (with vertical lines). Towards the front, there is a 6.5-inch min-drop display (with a small notch), protected with Corning’s Gorilla Glass 3+ protection on top. The display offers an HD+ resolution with an 89.8% screen-to-body ratio and a 20:9 aspect ratio. Realme 6i comes in two colorways: White Milk and reen Tea.

Talking about performance, the Realme 6i has a MediaTek Helio G80 processor running under the hood, making it the world’s first smartphone to be powered by the Helio G80 SoC. The G80 is an octa-core chipset built on the 12nm processor and comes with ARM Mali-G52 GPU. The handset is coupled with 3GB / 4GB of LPDDR4x RAM and 64GB / 128GB of eMMC 5.1 storage (expandable up to 256GB with microSD). To power the internals, it has a massive 5000mAh battery with 18W fast charging and support for reverse charging (yet to be confirmed).

As for other hardware specifications, the phone comes with dual 4G VoLTE, WiFi 802.11 b/g/n, and Bluetooth 5 for connectivity, and includes a fingerprint scanner for authentication and a USB Type-C port. On the software front, the Realme 6i runs on RealmeUI based on Android 10 out of the box.

In the camera department, the Realme 6i sports a quad-camera setup on the rear, with an LED flash. The setup includes a 48MP primary sensor with f/1.8 aperture, accompanied by an 8MP 119° ultra-wide sensor, a 2MP macro, and a 2MP depth sensor with f/2.4 aperture. On the front, the device has a 16MP camera with an f/2.0 aperture for selfies.

Realme 6i: Pricing and Availability

Was this article helpful?
YesNo
TechPP is supported by our audience. We may earn affiliate commissions from buying links on this site.
Read Next
Realme 10 Pro+ 5G Review: Good Phone, But the Camera Could Be Better
#Realme #Realme 6i