The Redmi K20 Pro was one of the most affordable flagship smartphones of 2019 in India. It had top-of-the-line specifications like the Snapdragon 855, a full-screen AMOLED display and a pop-up front-facing camera. Given the price to performance ratio of the K20 Pro, the Redmi K30 Pro is one of the anticipated phones in the country. 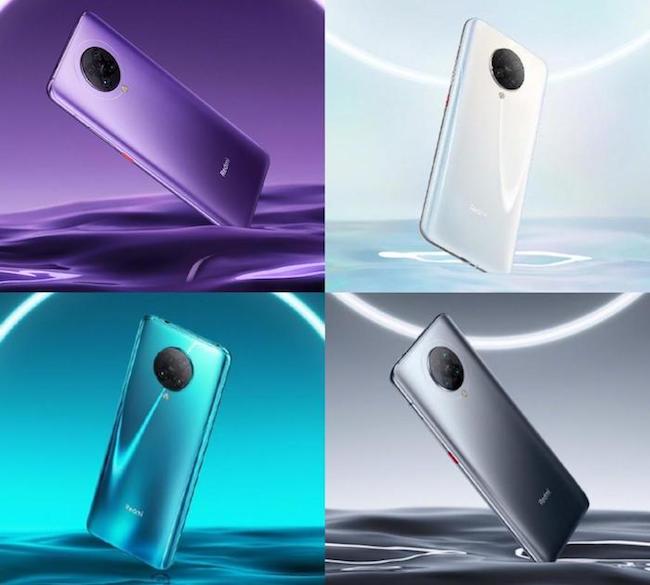 While there’s no confirmation yet as to if and when the Redmi K30 Pro will come to India (or if it gets rebranded to Poco F2), the phone is launching on March 24 in China and as with every phone, there are plenty of leaks floating around on the internet. We have compiled all of them for you in one place so that you know what to expect from the phone.

The Redmi K30 Pro is going to be a flagship-grade smartphone which means it is going to ship with the latest and best from Qualcomm’s foundry, which is the Snapdragon 865 SoC. This means the phone is also going to be 5G capable. We can expect the phone to have liquid-cooling capabilities along with the new LPDDR5 RAM and maybe UFS 3.0 storage. In fact, it is tipped to match the Antutu scores of Xiaomi’s flagship smartphone, the Mi 10.

As with the K20 Pro, the K30 Pro is said to retain the same glass build but with a different design this time. There are four color options the device is going to ship in as you can see from the images. The back of the Redmi K30 Pro resembles that of the OnePlus 7T’s in terms of the camera module.

On the front, while we were initially expecting a punch-hole display like the Redmi K30 (launched as the Poco X2 in India), Xiaomi has gone in favor of a pop-up camera mechanism just like the K20 Pro to provide a cleaner look on the display. The pop-up camera also has a notification LED just like its predecessor. Oh yeah, the Redmi K30 Pro also retains the headphone jack! 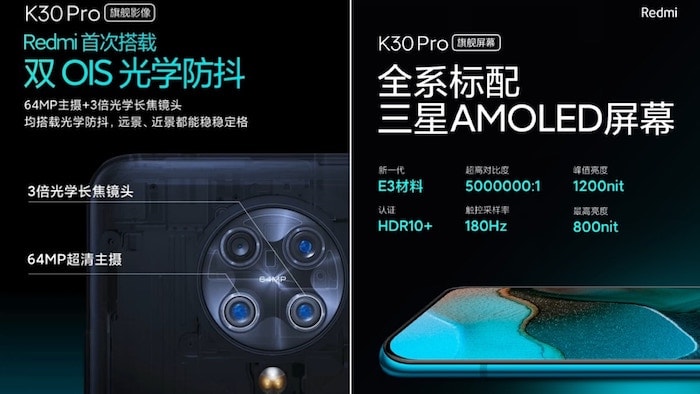 This section can be slightly disappointing to a few, but the fact that the display panel is AMOLED might make up for it. Yes, it’s the refresh rate of the display. The Redmi K30 Pro will have a conventional 60Hz panel so you are not going to see those super-smooth animations or scrolling. However, you get the goodness of AMOLED with punchy colors and deep blacks, so that’s the trade-off that you make to maintain a competitive price. The display will also come with support for HDR10+ with 5,000,000:1 high contrast ratio of the highest luminance of 800nit, 1200nit peak luminance. The AMOLED panel also allows for an in-display fingerprint scanner. 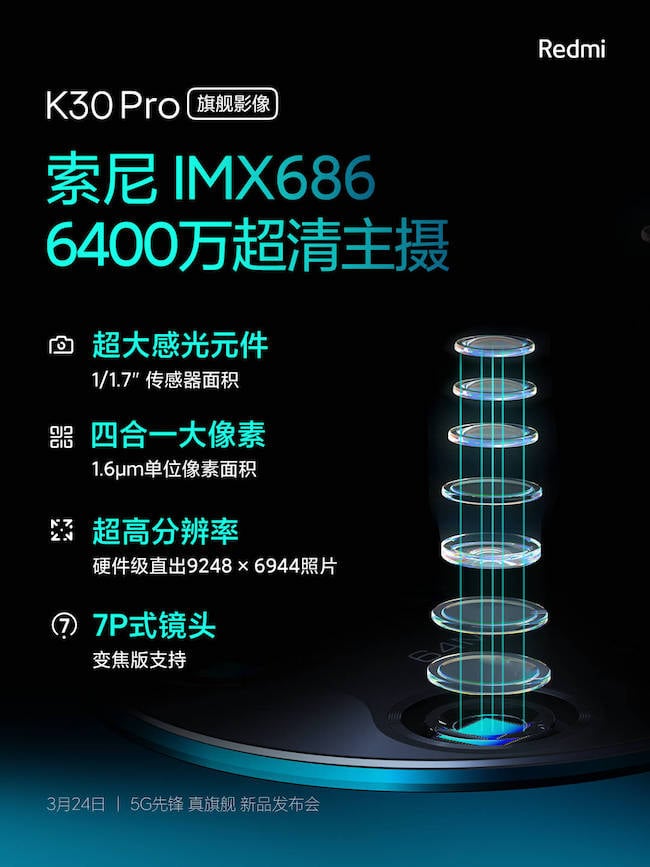 The cameras seem to be the most interesting part of the Redmi K30 Pro. The first of the four cameras is expected to be the very well-received Sony IMX 686 which is a 64MP shooter. This is the same sensor that we saw on the Poco X2, and the Poco X2 is one of the best smartphones based on the performance of the rear camera. Pair that with the SD 865’s superior ISP and the quality of shots from the Redmi K30 Pro is expected to be even better.

The second lens is going to be a wide-angle one and the third camera is what makes things all the more interesting. It is expected to be a 3X optical zoom camera with support for up to 30X hybrid zoom. However, there’s even a special zoom variant expected to launch so not sure if the telephoto lens is reserved just for that model. The fourth camera will most probably be a depth sensor.

The Redmi K30 Pro is also slated to get dual-OIS which means along with the primary camera, even the zoom lens will have OIS because it gets really hard to keep the phone stable while taking a shot at higher zoom levels, so this should certainly come handy. The K30 Pro is tipped to support 8K video recording as well at a super high resolution of 7680 × 4320 pixels.

The Redmi K30 has a 4500mAh battery and while there’s no confirmation yet on the capacity of the battery on the K30 Pro, some rumors hint towards 4700mAh. Also, since we saw the new Redmi Note 9 Pro Max shipping with 33W fast charging, the same can be expected even on the Redmi K30 Pro. 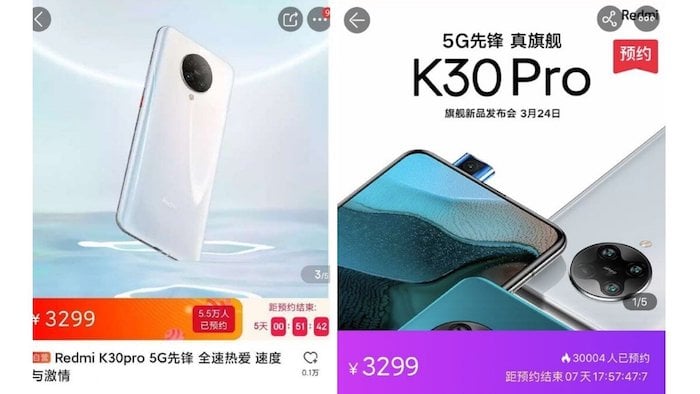 There’s no info at the time of writing regarding the expected price of the Redmi K30 Pro, but we are expecting it to be slightly more expensive than the price at which the K20 Pro launched due to the fact that the K30 Pro is equipped with 5G which pushes the price bar slightly high. If and when it comes to India, we can probably expect a price of about Rs. 35-38k, or perhaps even lesser if Xiaomi decides to manufacture it in India and go more aggressive. However, that is slightly harder now given the GST increase as well as poor INR to USD conversion rates.

There’s also a possibility that the Redmi K30 Pro can be launched as the much-awaited Poco F2 in India as the Poco X2 was essentially a rebranded Redmi K30. How much of this is true, only time will tell. Do note that everything mentioned in this post is on the basis of leaks and rumors, so please take them with a pinch of salt. Let’s hope Xiaomi gets the Redmi K30 Pro soon to India and maybe Redmi K30 Pro Zoom along with it as well!