A new M-series Samsung device is here. Called the Galaxy M51, the latest offering from Samsung was launched in Germany last month, and after having most of its key specifications revealed via a microsite, the smartphone is finally official in India. One of the biggest highlights of the Galaxy M51 is its mammoth 7000mAh battery, which is the biggest offered in this segment. Let’s take a closer look at other specifications of the device. 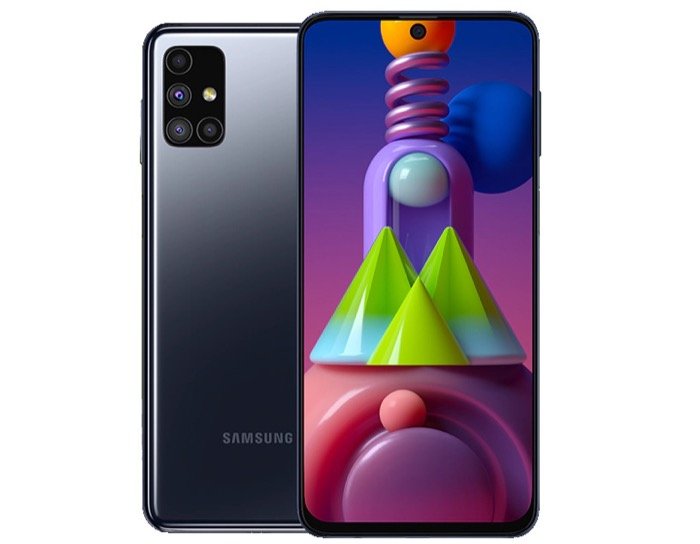 In terms of design, the Galaxy M51 comes with a plastic finish with curved edges and a rectangular camera module to house the quad-camera setup. Towards the front, it features a 6.7-inch Super AMOLED infinity-O display, meaning there is a centered punch-hole cutout on the screen to house the front-facing camera. The display comes in at a 20:9 aspect ratio with a full-HD+ screen resolution and has Corning’ Gorilla Glass 3 protection on top. Samsung Galaxy M51 comes in two colorways: Electric Blue and Celestial Black.

Under the hood, the Samsung Galaxy M51 runs on Snapdragon 730G, which is an octa-core processor with up to 2.2GHz of clock speed, coupled with the Adreno 618 GPU. There is 6GB / 8GB of RAM and 128GB of internal storage (expandable up to 512GB with a microSD card). To power the internals, the device includes a massive 7000mAh battery with support for 25W fast charging and reverse charging.

As for other specifications, the M51 comes with dual 4G VoLTE, Wi-Fi 802.11ac, and Bluetooth 5.0. It includes a 3.5mm audio jack, a USB Type-C port, and a side-mounted fingerprint scanner for authentication. On the software front, the device runs on OneUI 2.1 based on Android 10 out of the box. 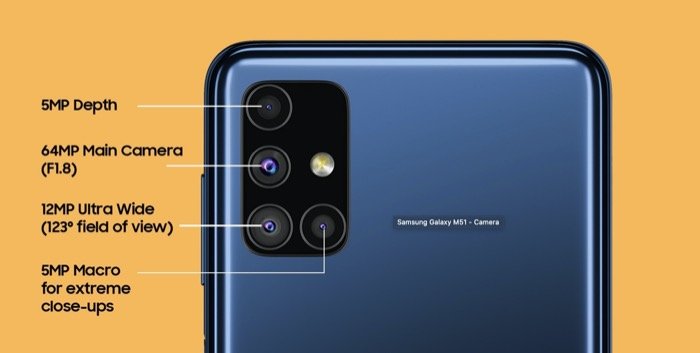 The Samsung Galaxy M51 comes in two configurations: 6GB + 128GB and 8GB + 128GB, which are priced at Rs 24,999 and Rs 26,999, respectively. It will be available on Samsung’s official website and Amazon India starting September 18. The device competes with the likes of the OnePlus Nord (review),  Vivo V19, Realme X3 (review), and Redmi K20 Pro (review), all of which fall into the same price bracket.

Was this article helpful?
YesNo
TechPP is supported by our audience. We may earn affiliate commissions from buying links on this site.
Read Next
Samsung Galaxy Unpacked 2023: Galaxy S23 Ultra with 200MP, Galaxy Book 3 with...
#samsung #samsung galaxy m51