Higher than the Prime, From the Note a step lower, There lies the Redmi 9 Power

What do you get when you add a bit to the Redmi 9 Prime? Or take a little away from the Redmi Note 9? Well, it is a fair chance that in both cases you will end up with the Redmi 9 Power, the latest of the “nines” in Redmi’s phone portfolio (more on which here). But how well does the latest nine from Redmi fill the gap between those two mighty budget phones? 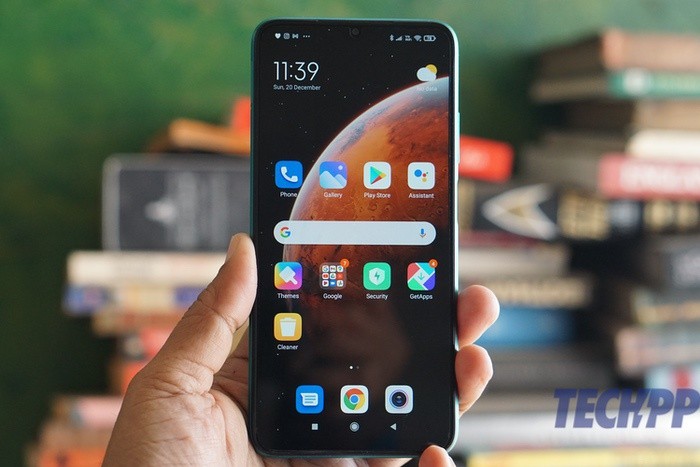 The design of the Redmi 9 Power is going to be polarising. Some will see shades of Realme in the shiny plastic back with ray-like light effects seemingly emanating from the camera unit, and also the large Redmi Branding that is vertically arranged and in line with the cameras. We, however, just like the way it looks. Is it too blingy? Well, perhaps, but it is going to turn heads, which is kind of a rarity in a phone at this price point – it is available in Mighty Black, Blazing Blue, Fiery Red, and Electric Green. We got the last mentioned and the effect on viewers was electric – shocking, whether in a nice or a bad manner, depends on your aesthetics.

We also liked the design of the camera unit which is rectangular and very reminiscent of the OnePlus 8T (not a bad thing). The front is largely predictable – a display with a drop notch, with relatively small bezels all around. The volume rocker is on the right, with the fingerprint sensor which also doubles up as a power and display button just below it. There’s a USB Type C port on the base, and speaker grilles on the top as well as the base – yes, there are two speakers here. While on matters of sound, there is also a 3.5 mm audio jack on top. The sole feature on the left side is the dual SIM card tray which has a dedicated slot for a microSD card.

At a height of 162.3 mm, the Redmi 9 Power is large, and at 9.6 mm, it is not super slim either -the iPhone 12 Pro Max which everyone calls massive is 160.8 mm tall (the Redmi Note 9 Pro Max is about 165 mm. And it is not the lightest either at 198 mm, but it is not in the inconvenient category at all. You will need both hands to use it. And that is a theme across most phones. All in all, we like the eye-catching design and the solid build (it is splash-proof and the speakers expel water!) and yes, even the Redmi logo on the back looks fine – Realme could take notes here.

Spec play: decent enough, but not the stuff to REALLY go yay… 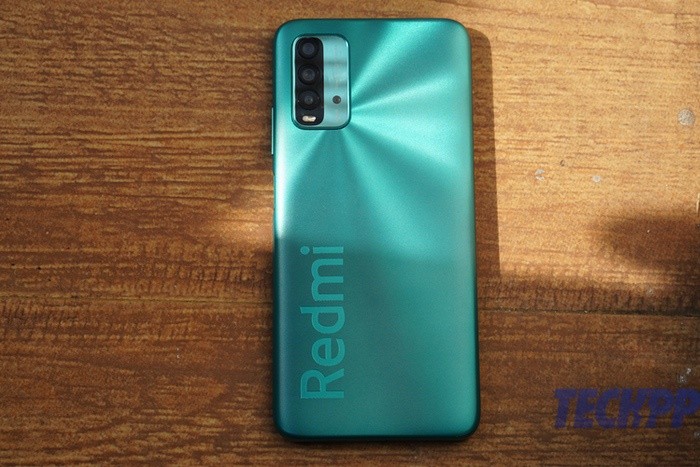 If the looks of the Redmi 9 Power catch the eye, the specs are, well, par for the course with a few plus points and the odd minus. The display is a 6.53-inch full HD+ one (with Gorilla Glass 3 on top) which should shame pretty much everyone else trying to peddle an HD+ display at a higher price. It is not exceptionally bright but is one of the best at its price point. The processor is a Qualcomm Snapdragon 662, which is not the fastest chip around but is a decent workhorse. The phone has two RAM and storage variants 4 GB/ 64 GB and 4 GB/ 128 GB, with storage expandable to 512 GB using a microSD card.

That configuration is meant for routine and day to day work, rather than benchmark busting and running high definition games. And well, let’s be honest, the Redmi 9 Power is not a budget gaming device. It will be able to run most games at lower settings but if you are looking at serious gaming, this is not really the device for you as lags will creep in at some stage. On the other hand, if you are looking for a phone that can handle routine tasks like messaging, social networking, playing the odd casual game, and lots of web browsing, then the Redmi 9 Power is perfect. 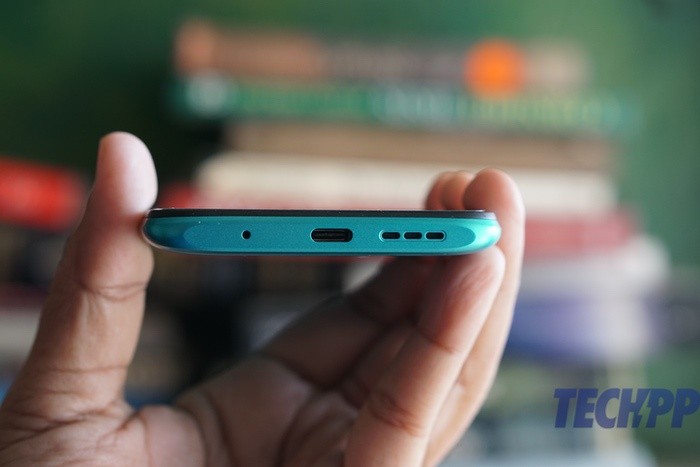 It is also easily the best device in its price point for those who like to watch a lot of video content on their phones. And that is because it is one of the rare (if not the only) phones in this segment to sport stereo speakers. The result is that you can not only view content on that large display but also get a very good sound. Binge watchers will love this. Sound is good over headphones too, but honestly, this is the only phone in the segment that we loved hearing out loud. Literally.

We did expect a little more out of the 6000 mAh battery which gets the phone its name (we suspect). Yes, it is a large battery, but we found it lasting about the same as the smaller one (5020 mAh) on the Note 9. Mind you, we were able to get through a day and a half of normal usage on it, which is not too shabby. Does it have to do with the Snapdragon 662? We know not. The phone supports 18W quick charging and comes with a 22.5W charger in the box, and gets charged in a little over two hours, which is not too bad given how big that battery is. Incidentally, you can also charge other devices from the phone, if need be. 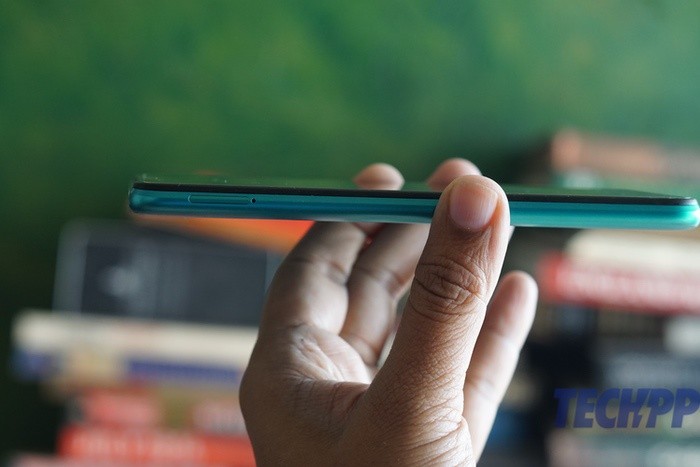 Connectivity-wise, you get 4G, Wi-Fi, GPS, an infrared port (a Mi specialty), and Bluetooth. And there’s MIUI 12 running on top of Android 10 as the interface. Yes, there are additional apps, but the ads that so plagued MIUI seem to be much lesser in number now. And that is a good thing because MIUI on its own remains one of the best skins for Android in terms of ease of use and features.

Cameras: To the rear snapper, say readily cheese, but take your time with them selfies! 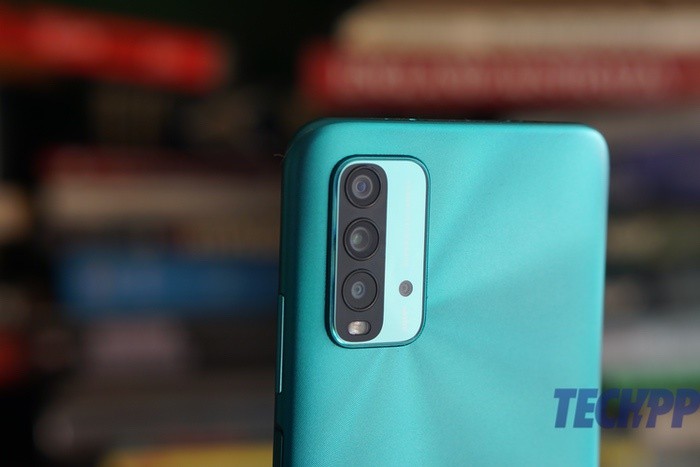 The Redmi 9 Power comes with a quad-camera setup at the back. Leading the pack is a 48-megapixel main sensor, backed up by an 8-megapixel ultrawide sensor, a 2-megapixel depth sensor, and a 2-megapixel macro sensor. And well, in daylight and well-lit conditions, the cameras deliver a very decent performance.

Colors might sometimes feel a little washed out but you get plenty of detail to work with. The macro and depth sensors are frankly a little superfluous and we would really recommend sticking to the main sensor and the ultrawide (although the lower resolution does murder detail in some of those landscapes). When the lights dim, the results tend to suffer a little although you can still get reasonably social network-friendly snaps if you keep your hands steady enough. Videos too are mainly that – handy enough to be social media-friendly but not really exceptional. All in all, the rear cameras are good for their segment. They are not the best out there but can hold their own in the right light conditions! 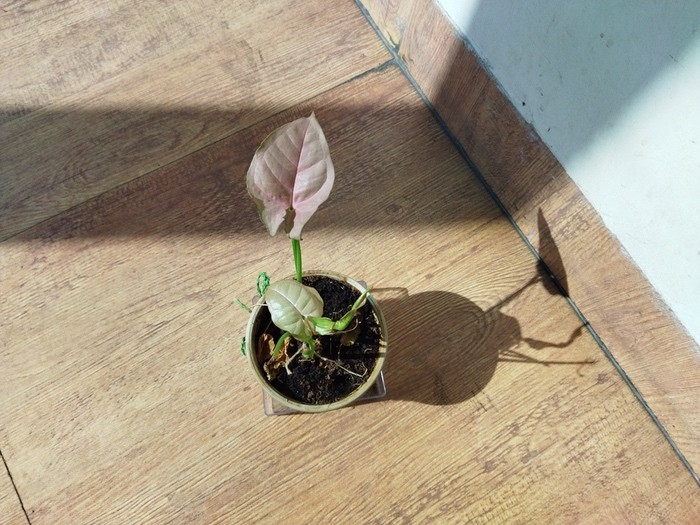 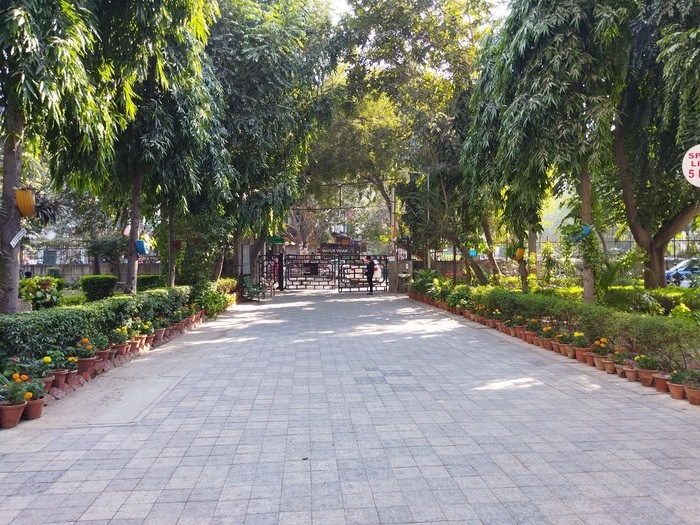 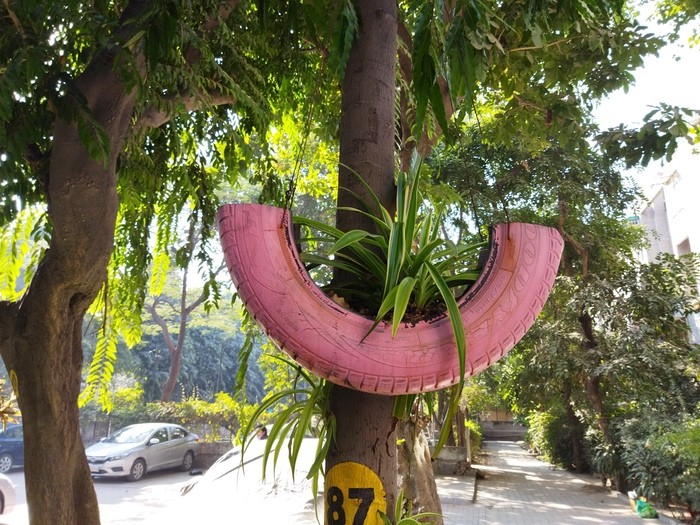 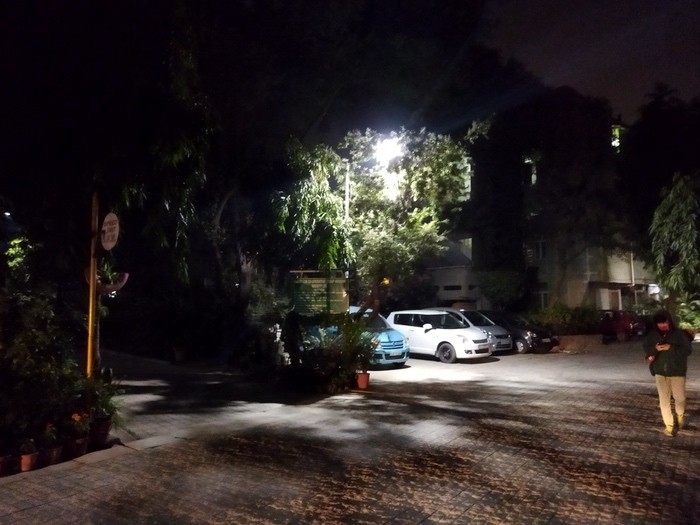 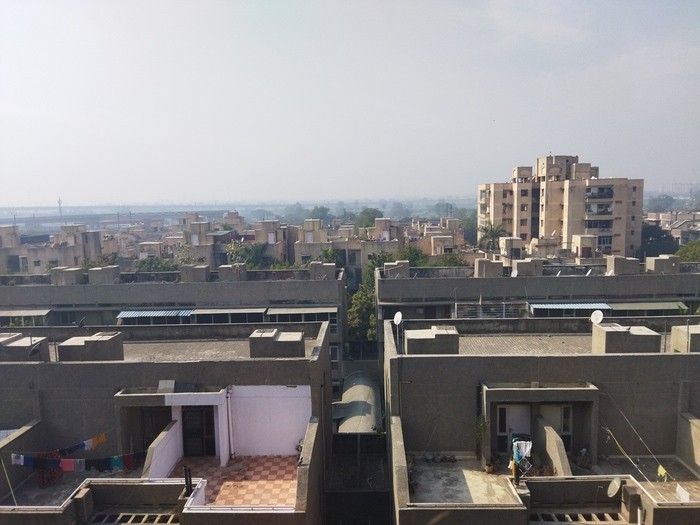 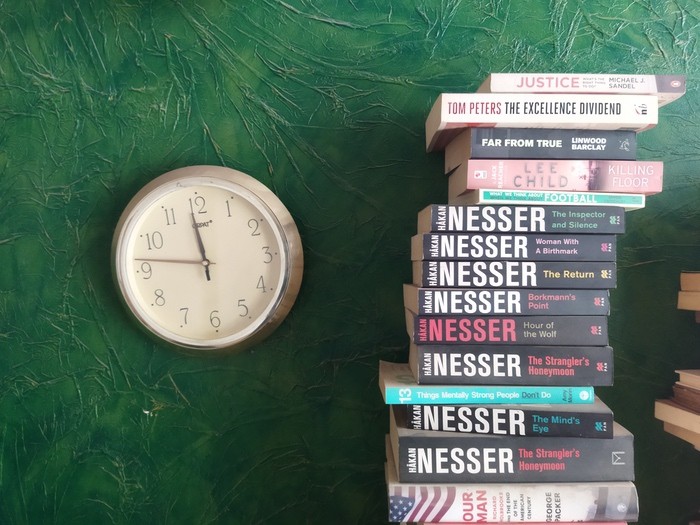 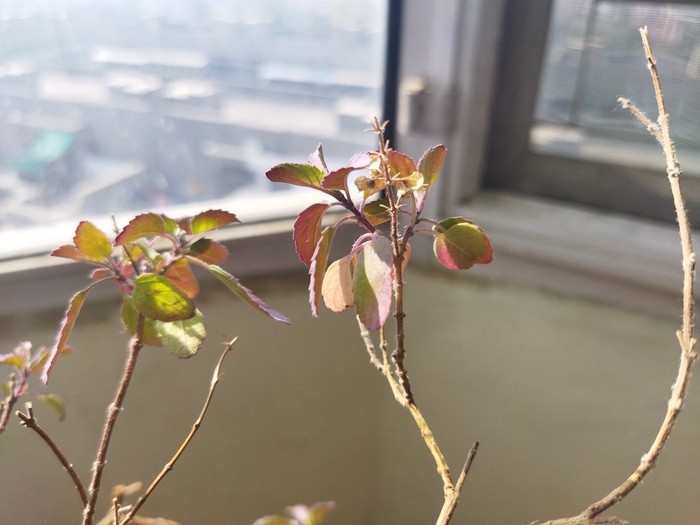 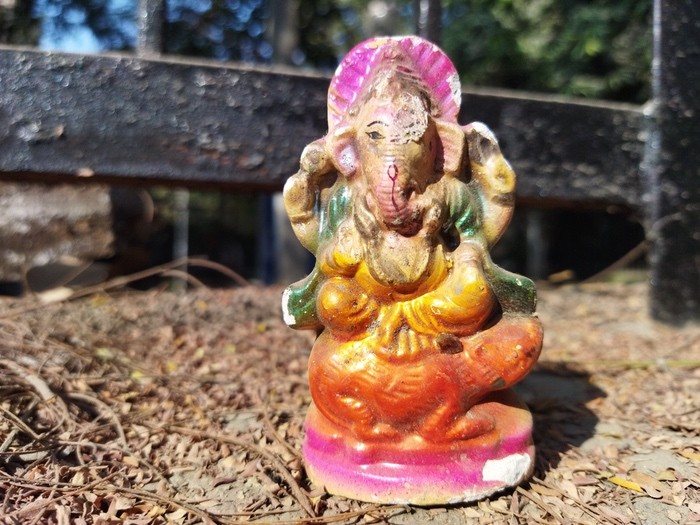 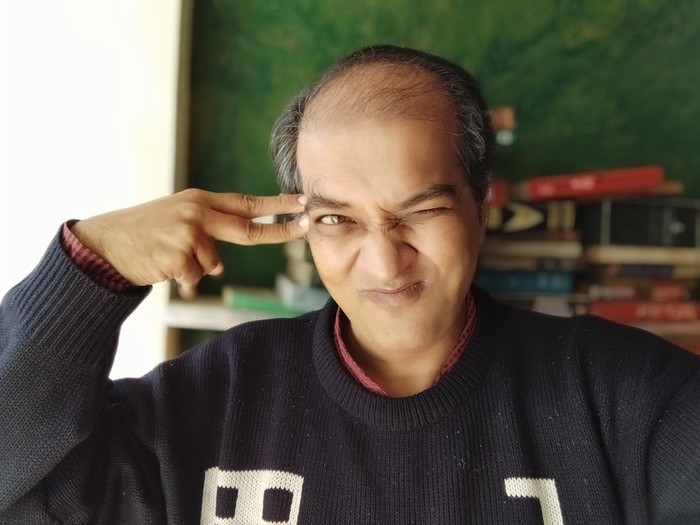 The front-facing 8-megapixel snapper is however a bit of a letdown. Yes, it sometimes takes good selfies and we even got a few amazing portrait shots, but by and large, details were a casualty and colors a little dull. There are many better options out there in this price segment. For some reason, the phone sometimes seemed to pause when we tried to access a picture immediately after snapping it. It did not happen every time but happened frequently enough to be a minor irritant.

So should you be hungry for (Redmi 9) Power? In its segment, it tops the tower! 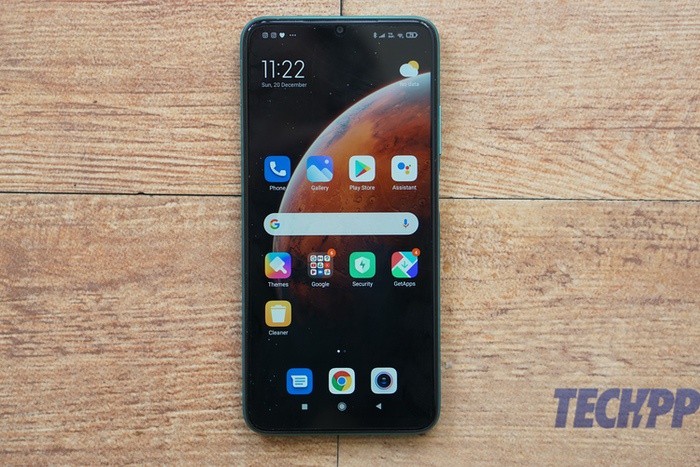 The Redmi 9 Power is available in two variants – 4 GB/ 64 GB for Rs 10,999 and the 4 GB/ 128 GB Rs 11,999. And at that price, it slots in perfectly between the Redmi 9 Prime and the Redmi Note 9. It beats the Prime in battery and camera and stands just behind the Note in terms of processor and general spec muscle. Considering how good those two devices were (the Prime is perhaps the best device below Rs 10,000, the Note 9 one of the best below Rs 13,000), it is a nice place to be. That is not to say it does not face competition.

Standing against it is most notably the Realme 7i, which (when available, and that is oddly rare) comes with the same processor and has a smaller 5000 mAh battery but also has a display with a 90 Hz refresh rate, 64-megapixel main sensor, and a 16-megapixel selfie camera, and starts at Rs 11,999. There is also the Realme Narzo 20 which has one fewer camera at the back but comes with the slightly more game-friendly Mediatek Helio G85 processor and a 6000 mAh battery, and now has had a price cut to start at Rs 10,499.

However, its combination of decent overall performance and those speakers give the Redmi 9 Power a pretty hefty edge over most of the competition, whether real or sung by the same folks. If you were thinking of a Redmi 9 Prime and can stretch your budget, but not to the point of getting a Note, this is the phone for you. Or in simpler terms: got a budget of Rs 11,000 and want a rock-solid phone? There is only one Power-ful option out there that me (and we) likes and which won’t leave you in the Red.

(Note: All the rhyming in the sub-headings was deliberate.)