The Apple AirTag enjoys popularity as a device for tracking items, despite being a new player in the tracker market. With Bluetooth signals, the Apple AirTag can be a lifesaver when it comes to finding your belongings, whether you have misplaced them or they have just been stolen.

AirTag uses ultra-wideband technology to communicate with other Apple devices and can be linked to your Apple ID. Once it’s linked, you can use the ‘Find My App‘ on any iPod, iPad, or iPhone to find the AirTag and your lost item.

Since this tracking device is designed to work flawlessly with iPhones/iPads/iPods via the Find My app, Android users are left out in the cold. Fortunately, a number of AirTag alternatives are compatible with Android and iPhones, making it easier for people to find their belongings on any of these devices.

Before we start with the best AirTag alternatives, let’s first understand what makes AirTag so popular and why it’s not easy to find a true alternative.

What are the main features of the AirTag?

The AirTag has a number of features that allow it to keep track of your items, even if you lose them. Its water resistance and Bluetooth connectivity make it a versatile and reliable device. Thanks to the user-replaceable battery, you will not have to worry about running out of juice.

As you see, Apple is using its terrific ecosystem to make AirTags so much more useful than regular trackers.

What Are the Best AirTag Alternatives for Android and iPhone?

Several AirTag alternatives are available for Android and iPhone users, and we’ll go over the best ones below. 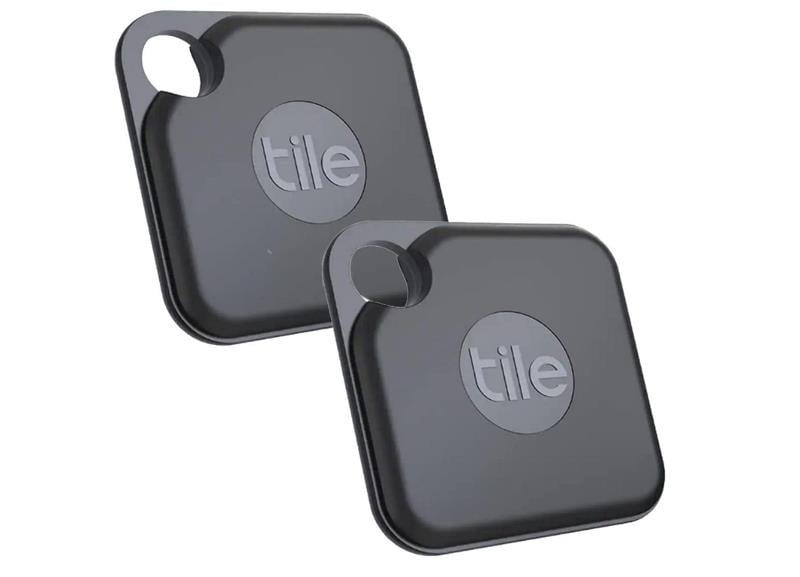 When looking for AirTag alternatives, Tile Pro is a fantastic option for anyone using an Android or iPhone. One of the pioneers in the tracker market is Tile, and one of their top products is the Tile Pro. You can quickly track your item with the Tile app if you have a Tile Pro attached to your keys, bag, or other items. In case you need a sound when the item it is attached to gets lost, the device has a very loud speaker.

Similar to AirTag and other AirTag replacements, Tile Pro uses Bluetooth to locate objects in close proximity. However, it relies on the Tile community for things beyond the Bluetooth range of 400 feet. To use all features, you may need to subscribe to Tile Premium.

The Tile Pro tracker’s battery (CR2032) lasts for a year, but it’s replaceable, so you can swap it out when it runs out. Since the device is water resistant, you will not have to worry about it in the rain or similar circumstances. The Tile Pro is a bit more expensive than the AirTag and a bit more difficult to set up, but it has more features (like Smart Alerts) and lasts longer. You can skip the Tile Premium subscription and use the Tile Pro with Google Assistant and Amazon Alexa. 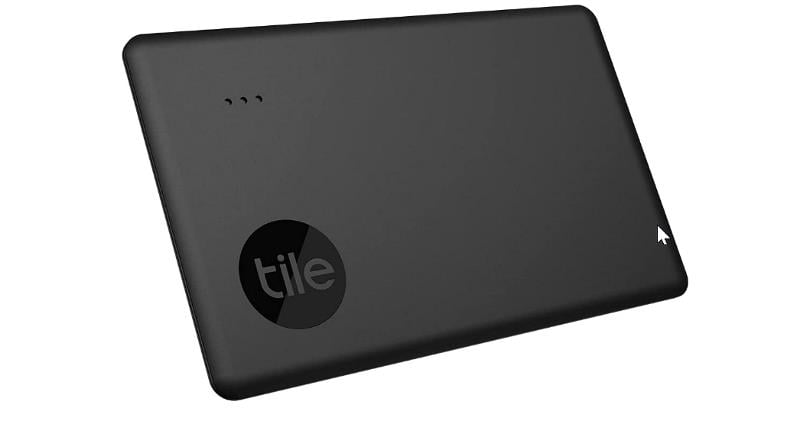 The Tile Slim, another bluetooth tracker from the Tile product line, is a card-shaped tracker that can be kept in wallets, pockets, backpacks, and other similar items.

It’s available in a variety of colors, so you can choose the one that best suits your style. It interacts with the Tile app to track your item over a range of 250 feet. The Tile Slim’s battery lasts three years, which is a reasonable amount of time; however, it cannot be replaced or recharged.

Like the Tile Pro, the device has a speaker and is water-resistant. It also has a voice assistant feature that allows you to ring the tracker or ask for its location. Anyone who needs to keep track of their belongings should consider Tile Slim, as it is relatively affordable. 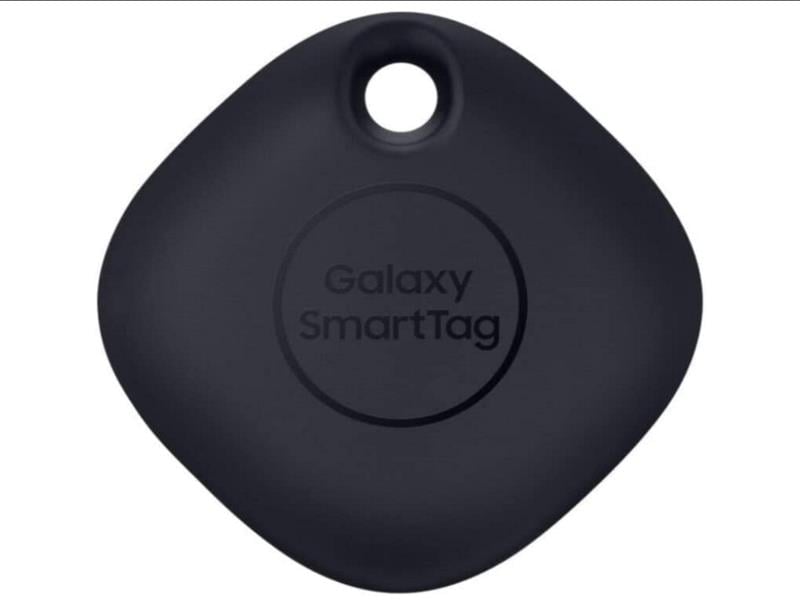 In addition, it has an option that lets you ring items as long as they are within 360 feet of Bluetooth. The tracker uses nearby Samsung Galaxy devices to track your possessions when they are out of Bluetooth range. You can use this device not only to locate objects but also to control smart home devices.

The Samsung Galaxy SmartTag is a good AirTag alternative because of its close ties to Samsung’s SmartThings ecosystem. The basic Samsung SmartTag costs $29.99, and the $39.99 SmartTag+ has added UWB support. The SmartTags are only compatible with Samsung Galaxy phones, but they offer extra features like the ability to control smart devices in your home.

Chipolo One – No Subscription and 2-year Battery Life 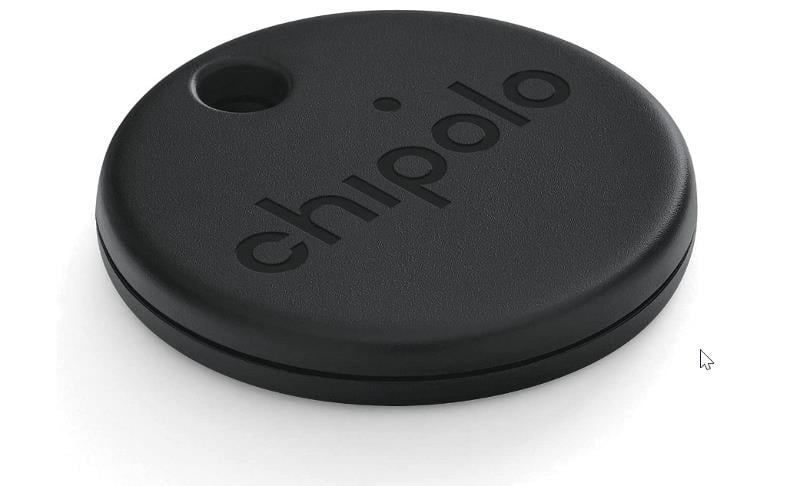 Chipolo One is another great tool for keeping track of your possessions, including keys, bags, and pretty much everything. You can use this Bluetooth tracker with more than one OS, as it works with Android and iOS. Its sleek design and feather-light weight make it easy to carry around.

One of the nice features of this gadget is that it notifies you via a ping in the Chipolo app when the tracker goes out of range, so you don’t lose track of your stuff. Chipolo One has a range of 200 feet and an extremely loud sound.

Once the tracker is out of range, it uses the Chipolo community to help find it. Chipolo One is quite affordable, has a spare battery for two years, and is water resistant. But mind you, the Chipolo community isn’t comparable to Apple, Samsung, or even Tile, so its utility is a bit restricted once the 200 feet range is breached. 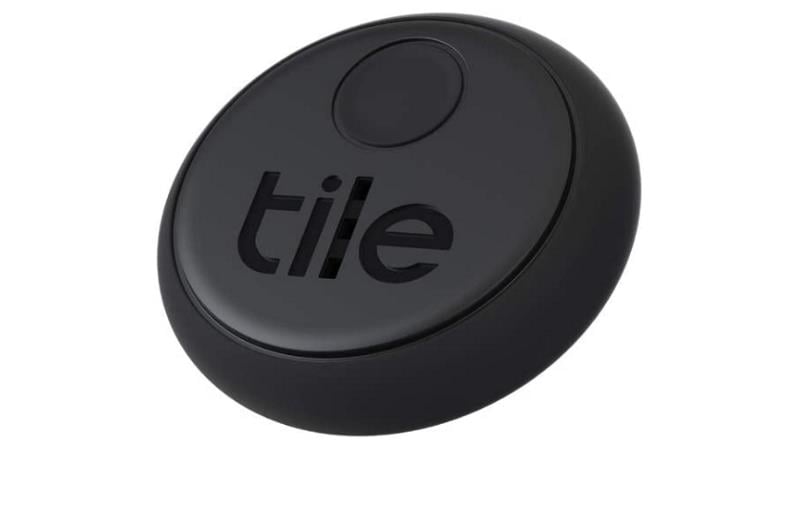 Unlike the Apple AirTag, which can be attached to objects using mounts or simply putting it inside your stuff, the Tile Sticker, as the name suggests, sticks to your items with its self-adhesive backing. This is especially true for items that cannot be attached in any other way, such as bicycles, skateboards, remote controls, headphones, glasses, and the like.

Tile Sticker has a range of 250 feet and, like most other Airtag alternatives in this list, is waterproof and has a voice assistant option. In addition, Tile Sticker can be used with both Android and iOS devices. 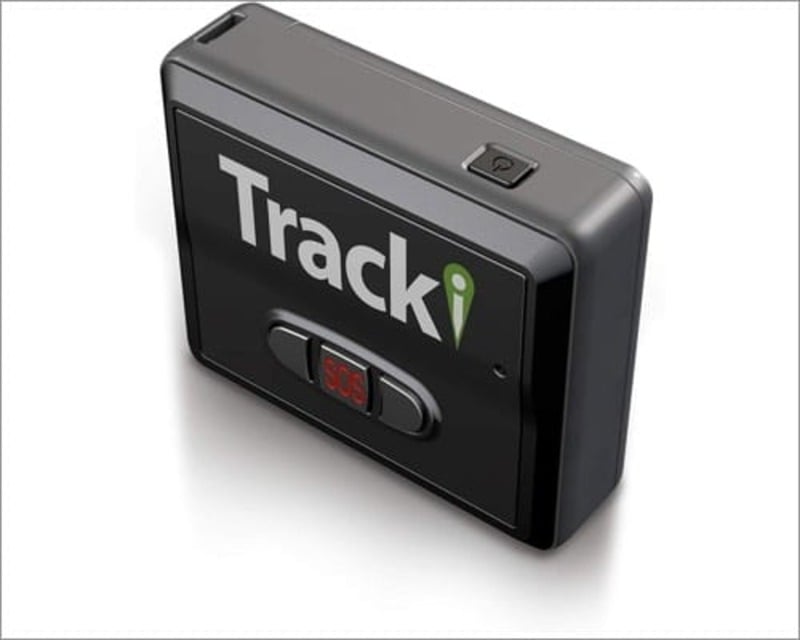 The Tracki GPS tracker is an anti-lost device with a $17 price tag, which is pretty low compared to its competitors. The device is small and lightweight, making it very portable and easy to attach to your car, backpack, luggage, and other things.

The Tracki GPS tracker works with GPS rather than Bluetooth, allowing unlimited tracking range. Besides, the battery life is excellent, and it is rechargeable. You can set up geofences and receive alerts when a vehicle leaves a designated area.

This Airtag alternative is dust and water-resistant, so you do not have to worry about its durability if you use it in the rain or dusty areas. Overall, it’s a great alternative to the Apple Airtag. 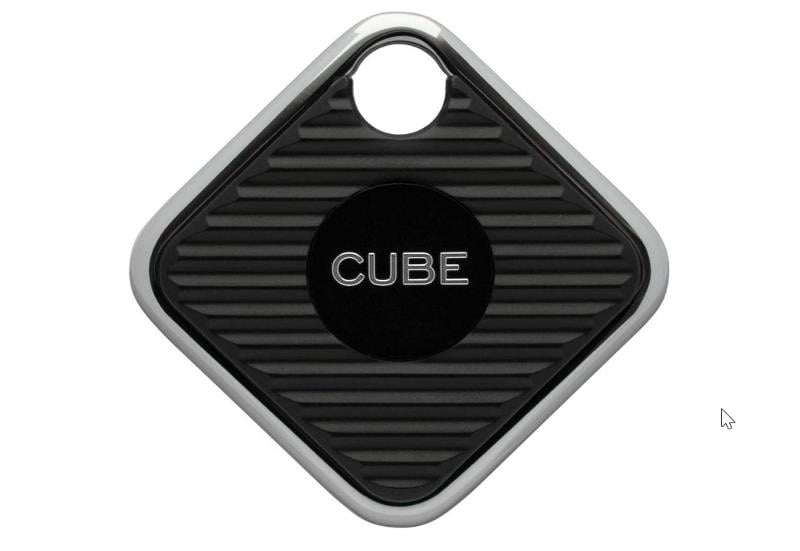 CubePro is an option to consider if you are looking for an Airtag alternative for Android and iOS devices. The tracker has a modern metallic look and a good Bluetooth range, making it ideal for tracking items like keys, bags, purses, and the like.

With a 101dB ringer, it is more audible compared to the competition, so you can make a noise with the tracker to find the item it is attached to. The CubePro has a 200-foot range and a replaceable battery. The Cube Tracker app displays the last known location of the tracker when it’s out of range, so it’s easy to find. All this makes it one of the best Apple AirTag alternatives available today!

Orbit – Doubles as a Selfie Remote

Orbit is made of anodized aluminum with a waterproof housing and is available in various colors. You can also take selfies or group photos with the built-in remote camera button. With a replaceable CR1620 battery, it should last about six months.

You can choose from 12 color options, including Rose Gold, Azure Blue, and Gun Metal Black, to achieve your desired aesthetic. It works with both Android and iPhone with an accompanying app.

The Baseus Intelligent T2 ropetype is a great choice for anyone looking for a simple yet effective way to keep track of their belongings. It is lightweight and can be attached to any object with a hole. Plus, it has a range of up to 50 feet (30 m), making it perfect for keeping track of anything near you. No subscription is required!

This alternative to the AirTag weighs only 5g, making it the lightest device on our list. When the battery runs out, replace it with a CR2032 battery, which you can find at any supermarket. With the Baseus Smart app, Android users can pair up to 4 trackers, while iPhone users can pair up to 6 trackers. With a price of $14.95, it is one of the most affordable AirTag alternatives.

Apple Airtag is a popular item-tracking device, but there are several other options you can also consider. Some of the best choices are Tile Pro, Chipolo One, and Samsung Galaxy SmartTag. The majority of these Airtag alternatives share some characteristics in common, but some set them apart. We’ve gone into detail about these differences in this article so you can better understand them and choose the one that’s right for you.

Is there an alternative to Airtag?

It's true that Apple AirTag is one of the most comprehensive solutions for tracking, but if you don't want to use the Apple Airtag, you can use several alternatives in its place, and some of the best options are the Tile Pro, Samsung Galaxy SmartTag, and Chipolo One.

What is better than Apple Airtag?

When it comes to item trackers, the Apple Airtag is one of the best options, but depending on your usage requirements,  the Tile Pro and Chipolo One are also fantastic. If you are a Samsung Galaxy phone user, you can also consider Samsung Galaxy SmartTag.

Is there a cheaper alternative to Airtag?

The cost of the Apple Airtag is relatively reasonable, at least by Apple's own standards. Still, some of its alternatives, such as the Huawei Tag and Chipolo One, are less expensive.

How far away can Airtags track?

While other item trackers have varied tracking ranges, the Apple Airtag has a maximum Bluetooth range of around 100 meters (or 300 feet), making it easy to locate it within that range. Even beyond that range, it uses Ultra wideband tech to track AirTags using other Apple devices.

Is there a generic AirTag?

Assuming you are looking for something which works cross-platform on both Android and iPhone, you can consider the Tile Mate or Tile Pro which have similar features and priced similarly as Apple AirTag.

How many years does AirTag last?

AirTag can run for up to a year on a standard CR2032 battery that is very easy to replace. You can find these batteries in supermarkets. Your iPhone will notify you when it's time to replace it.

Can AirTag track a car?

While it's true that AirTag can't replace the good old GPS trackers (since it's Bluetooth based), you can still use it to track cars, although not in real-time. To be fair, AirTag isn't designed to track cars.

Can you track someone with an AirTag without them knowing?

Technically, yes, you can track someone with an AirTag without them knowing, but Apple will notify them that an AirTag is following them after a few hours. In fact, the AirTag will itself begin making noise within 24 hours.

Was this article helpful?
YesNo
TechPP is supported by our audience. We may earn affiliate commissions from buying links on this site.
Read Next
How to Check iPhone Warranty Status [2023]
#AirTag #Alternatives #apple