At a time when OEMs are struggling to differentiate their offerings in terms of design and specifications, simply upping the MegaPixel count just won’t cut it. Sony has always been a frontrunner when it comes to smartphone cameras. Their premier flagship series, the Xperia Z line has always boasted top notch camera specs, along with interesting features. Sadly, their previous offerings lacked consistency when it comes to camera output. Does The Xperia Z3 fix it? We find out. 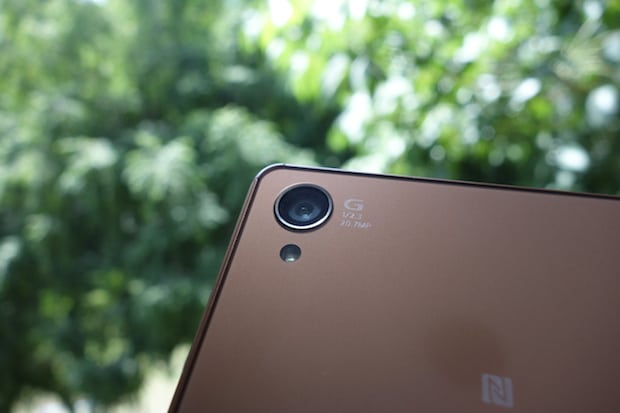 On paper, Sony has gone with the same camera module as we saw on the Xperia Z2. It still features the same 20.7 MP camera on the rear while a 2.2 MP front camera. But Sony claims that there are some important software enhancements done on the Xperia Z3 which should improve the quality of images, specially under low light conditions.

To refresh your memory, Xperia Z3 comes with a 20.7 MP rear camera with 1/2.3” type Exmor RS sensor, and Sony’s own Bionz image processor. Technically, the G lens on Xperia Z3 is a 25mm equivalent wide angle unit with an aperture of f2.0, which is a slight upgrade from the 27mm f2.0 lens on the Z2. This makes it the best specced Android flagship device in the market. More the specs, it’s the unique ability of Xperia Z3 to shoot underwater that makes it a special device. Xperia Z3 is IP 65 and IP 68 rated, which means it’s completely water proof up to 1.5m.

The camera app is exactly same as what we saw on the Xperia Z2. It’s still one of the best camera interfaces we have seen on a smartphone. There are several camera modes available out of the box. This includes the Superior Auto, Manual, AR Fun, Multi Camera, 4K Video, Timeshift video, Info eye, Sweep Panorama and many more. In addition, Sony has provided an option to download additional/third party camera apps much like Lumia’s lenses feature.

Let’s take a look at Sony Xperia Z3 camera in detail. We shall start with the easiest of scenarios – daylight with the default ‘superior auto’ mode in action. Note: Click on each image to get the full sized version. 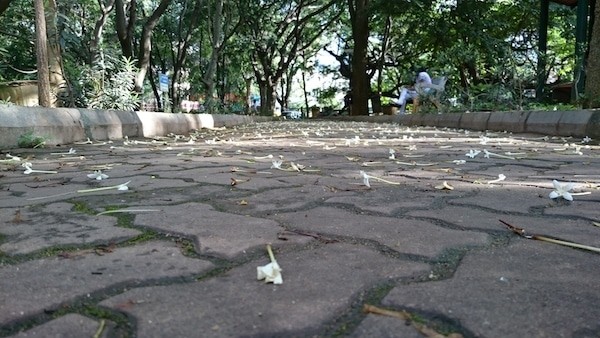 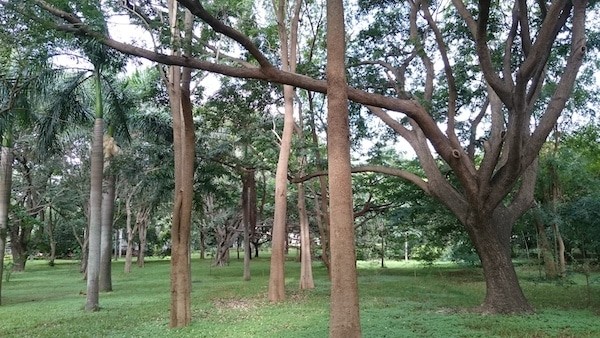 As you’d expect, the camera on Xperia Z3 fares exceedingly well in this scenario. Excellent color reproduction and sharp details captured without breaking a sweat. That 20.7MP sensor is put to full use over here.

Next up, we have the close-up or Macro mode, which is again one of the most basic, yet important scenarios to check out on a smartphone camera. 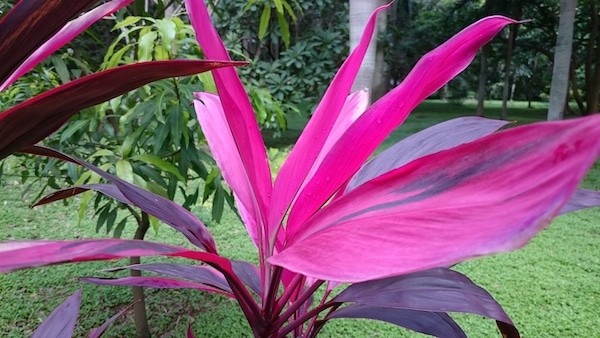 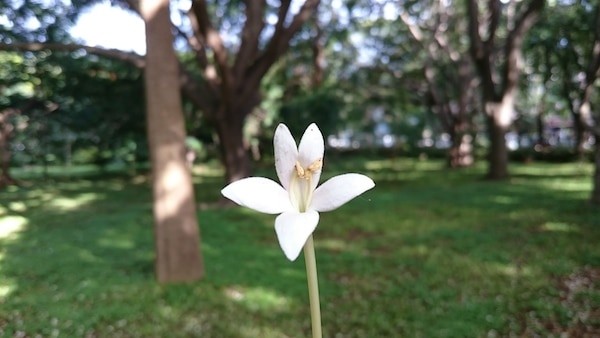 In the first picture, the camera on Xperia Z3 manages to capture the colors exceedingly well. Though the colors looked over-saturated (and hence unnatural) on the phone’s display, the actual output is more accurate and manages to get the focus just right. In the next picture, Z3’s camera shows its true prowess by creating the natural depth of field, while managing to capture all the details of the flower in focus. 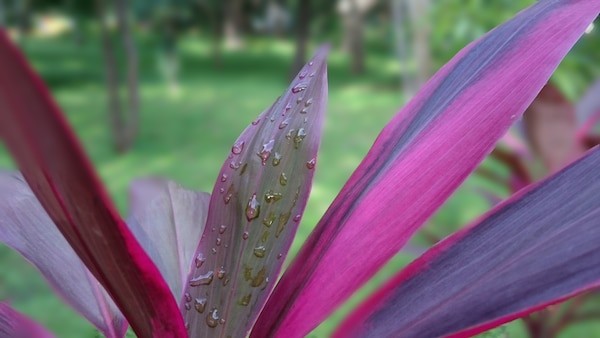 The Xperia Z3 camera does pretty well to defocus the background, thereby highlighting the subject. As with most smartphones, Z3 takes a couple of shots to achieve this. The resultant output doesn’t look unnatural as we saw on some smartphones, but not 100% perfect either. While it manages to highlight the water droplets on the leaves, the tip of the middle loses some details.

Next up, we take the camera indoors with decent lights in offering. Still not a tough scenario for the Xperia Z3, but this was where the Xperia Z2 was being inconsistent when we tested few months back. There used to be unwanted artificial sharpening at times. 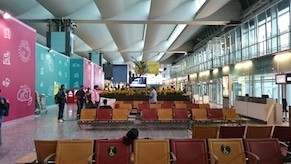 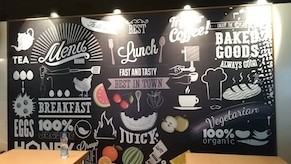 In the first picture (on left), the camera has enough natural lighting and does rather well as you’d expect, despite multiple colors and moving objects. In the next one (on right), it’s all artificial lighting, which is a tougher scenario to handle. The Z3 manages to come out triumphs here as well. There’s hardly any noise as one’d expect, and the camera manages to capture the colors accurately.

One would need to get out of the Superior auto mode and get into Manual mode to activate the HDR (Backlight correction) mode on the Xperia Z3. It’d have made sense to provide the HDR mode option in the auto mode itself, or even activate it by default like Apple does on iPhones. 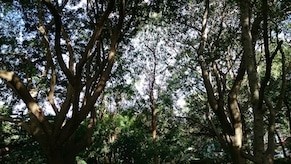 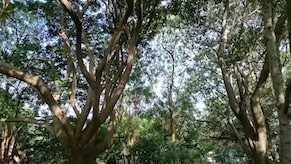 On the left is an image taken without HDR, while the one on the right is the image taken with HDR ON. Again, the camera on Z3 does exceedingly well to light up the darkened (shadowed) branches of the trees and the leaves as well. For those wondering, the processing of HDR image is quite fast.

The creative effect mode is nothing but a set of filters which Sony has added for instagram-loving crowd. There are several filters at your disposal, couple of which I’ve added below. These are some standard stuff, which not many would bother to use anyway. 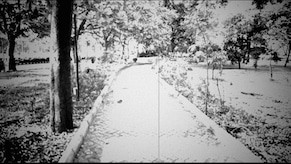 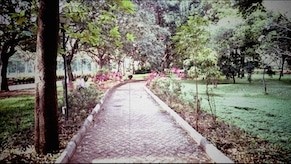 This is by far the easiest panorama I’ve ever taken on a smartphone. If you thought panorama on iPhone is easy, you must try the Panorama Sweep mode on the Xperia Z3. You don’t have to worry about aligning anything and the picture comes out pretty well. My only concern is that the stitched photo is just 5MP and is drastically compressed, thereby reducing the details. Great for smartphone viewing, not so much when viewed on bigger screens.

When the natural lights go down, the smartphone camera sensors begin to struggle. That’s quite natural. But how well it can process the image with whatever light that is available holds the key. Sony claims that the large 1/2.3” Exmor RS sensor ensures smooth, clear capturing with true-to-life details. To further reiterate their commitment, Sony has provided an unbelievable ISO 12800 option, something which we have never seen in a smartphone in the past, not even on the iconic Nokia Lumia 1020. This combination of a larger sensor with such a big ISO should ensure better low-light sensitivity. 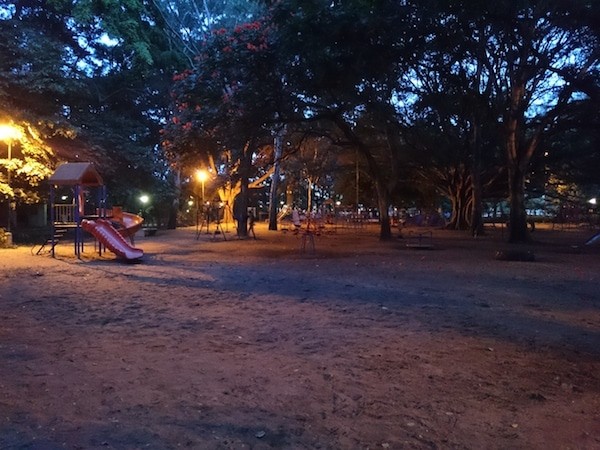 To start off, above is an image taken during dusk. I had to switch to the Manual mode to set the ISO at 3200, which is rather high for a smartphone camera. The camera on Xperia Z3 did rather well to cut down the noise and keep the image decently sharp. 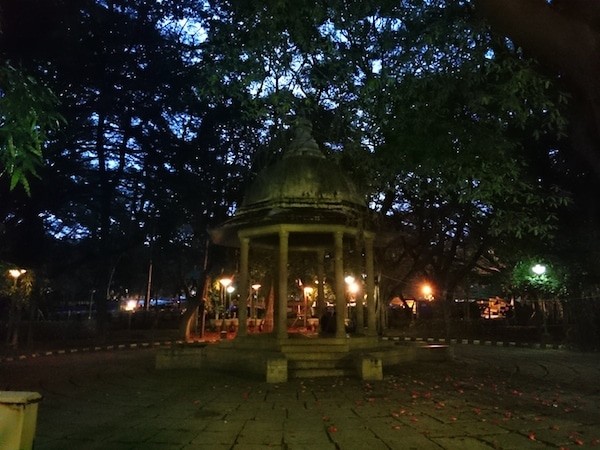 Here’s another image taken at ISO 3200. With hardly any natural or artificial lighting, Xperia Z3 does exceedingly well to capture the subject here. I tried with Auto mode and flash ON. The results were painstakingly bad, and clearly not meant to be used in such scenarios. 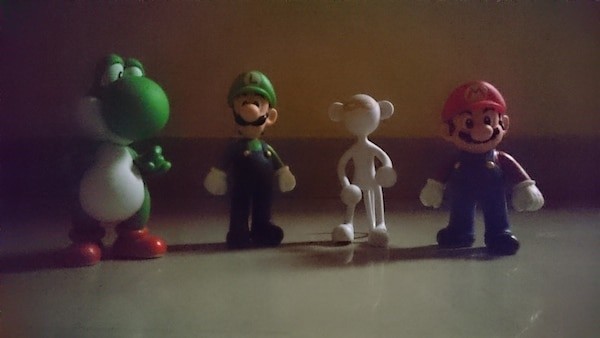 Finally, here’s an image taken at ISO 12800 which is available only on the Superior Auto mode. It was nearly dark with only a ray of light coming from the room on the right hand side. The camera does pretty well to suck up all possible light it can get and brighten up the scene just enough to provide an usable image.

The Xperia Z3 can record videos in 4K (3840 x 2160 pixels) now. Below is an example video shot in 4K on the Xperia Z3. The level of details on a 4K video is pretty awesome, but the major con with Xperia Z3 is that it starts to get heat up pretty fast, and automatically stops recording videos to control the temperature. The glass back along with fully closed ports (thanks to water/dust proofing) seem to be the culprits here. The phone comes with digital steadyshot feature for image stabilization which works pretty well.

Sony Xperia Z3 also comes with Timeshift video mode which is nothing but Slow motion mode. Sony lets you capture HD (720p) videos at 120 frames-per-second which are good enough for some action shots. Below is a link to the video we shot from Xperia Z3 at 120FPS.

One thing which we missed (and ironically, the most unique and useful feature) on Sony Xperia Z3 is underwater photography. Thanks to IP 65/68 certification, you are free to take the Xperia Z3 under water (for up to 1.5m).

All in all, the camera on Xperia Z3 has definitely improved a lot in comparison to the Xperia Z2. The outputs are much more consistent and the camera fares very well in most departments, except in 4K video recording, which is plagued by device overheating issue. Superior Auto mode works great during daylight, but one would need to delve into the Manual mode for tougher scenarios. One must also note that the camera on the Sony Xperia Z3 Compact is exactly same as the Xperia Z3 and hence, one can expect the results to be as good on it as it is over here.