Review Revisit: Lenovo Z2 Plus – Looks of a Beauty, Power of a Beast… Now at a Killer Price

Let’s take the spec bar a little high. So, now imagine a smartphone with 5-inch full HD Screen, 3 GB RAM and 32 GB storage and powered by Qualcomm’s high-end flagship processor (the one seen in the OnePlus 3, the LG G5 and Xiaomi Mi 5), the Snapdragon 820.
And still for Rs 14,999.

Sounds a little unbelievable, right? Well, this what Lenovo offers now. Lenovo launched the Lenovo Z2 Plus last year in September, and even at its then starting price of Rs 17,999, we had said that the product’s pricing was irresistible enough for the phone to be called the equivalent of the Xiaomi Mi3 in terms of sheer staggering value for money and was the best phone for under Rs 20,000 in our sub-Rs 20,000 buying guide.

Inviting enough? Or is there a fly in the ointment somewhere?

In case you are still wondering, here’s a look at the phone’s 3 GB RAM/ 32 GB storage variant, one which we had not got for review earlier, but now have. 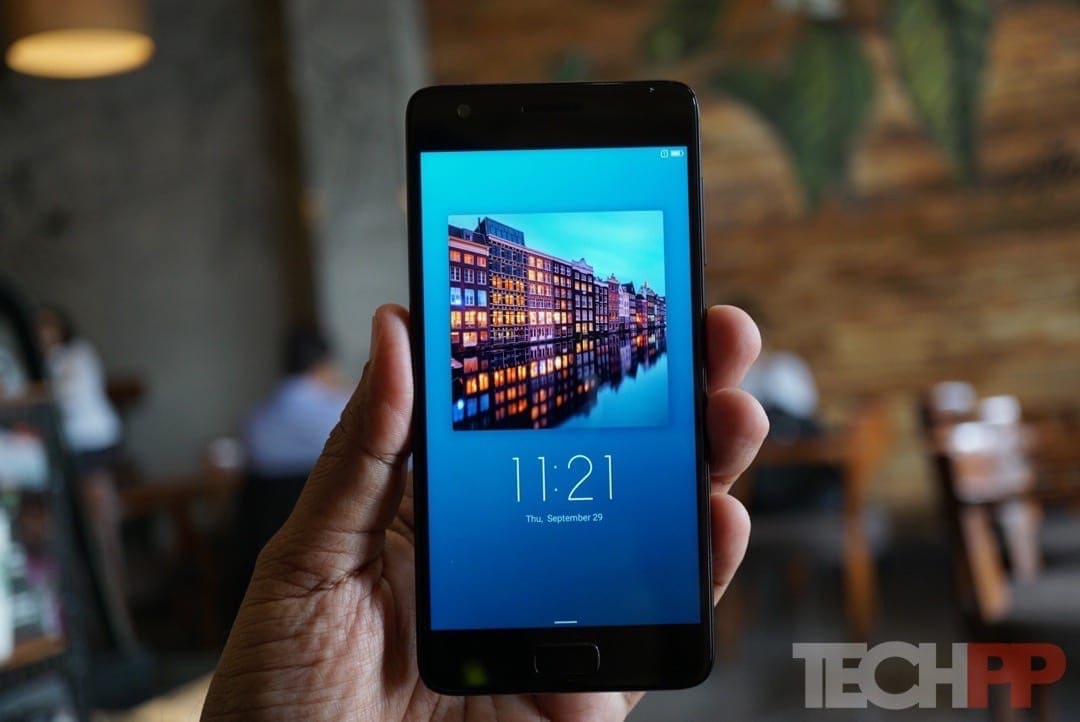 Looks: The Dark Knight in a Glassy Armor

The Z2 Plus definitely takes all the points there are in the looks and design department in this price range. We have seen smartphones with one same design and pattern in the sub-Rs 20,000 price range, but the Z2 Plus breaks all stereotypes. The smartphone comes with a 5 inch full HD screen, along with a rectangular physical home button just below the screen.The display of the device is bright and colorful but the smartphone comes with a pre-installed matte screen guard which can make it look a little washed out. Above the display, the company has placed the proximity sensor, the front camera and the earpiece. There are no capacitive buttons on the chin but there are three on-screen buttons for navigation. The physical home button also acts as a fingerprint sensor and can be customized for navigation purpose through a feature called U-Touch in the settings. The sensor can lock up to 5 fingerprints and works smoothly.

The sides of the smartphones are made up of fiberglass which makes it lighter and sturdier. Unlike most of the smartphones, Lenovo has placed the power button, volume rocker and the SIM tray, all on the right and has kept the left side clean. The base of the smartphone holds, a Type C port, speaker grilles, mic and a 3.5 mm audio jack while the top remains plain. Coming to the most striking part of the smartphone, the Lenovo Z2 Plus has got a glossy glass back which is a definite head turner. It is a little fragile (which is why the phone comes with a case) and is a fingerprint magnet but that said, the back screams “premium-premium” out loud. The back holds the camera and LED flash on the top right and the Lenovo branding on the lower side of the back. 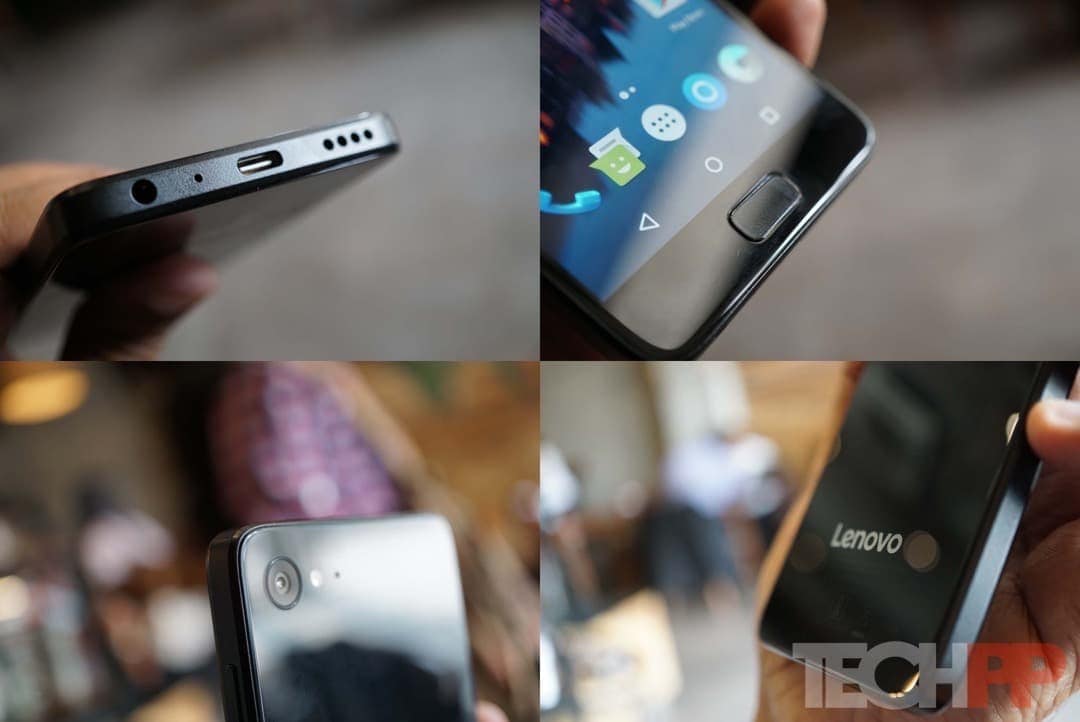 The Z2 Plus is a little boxy in terms of looks and is thicker than the usual phones present in the market. The Lenovo Z2 Plus measures 141.65 x 68.88 x 8.45 and weighs 149 grams. The smartphone looks little like a brick but certainly is not as heavy as one. It is light and fits easily in the hand (thanks to the 5-inch screen, although some might find that too small in the era of devices like the Mi Max). Glassy? Yes. Classy? Definitely.

Performance: Made Snappy by the 820 Dragon

The Lenovo Z2 Plus runs on the very powerful Qualcomm Snapdragon 820 processor paired with 3 GB RAM. We expected the smartphone to moonwalk through the multitasking and gaming tasks thrown at and it did just that – honestly, we could not discern any major difference between it and the 4 GB RAM/ 64 GB unit that had been given out for review earlier. While we jumped from one app to another and played games like there is no tomorrow, the smartphone did not lose ground even once. The device has the capability to make the gamer inside you not just happy but delighted. Games like Colour Switch and Subway Surfer played as smoothly as a hot knife through butter, and the smartphone kept moving like a black commando even in the heavy game zone. We played games like Asphalt Xtreme and NFS No Limits and it dodged all the lags and stutters and made our gaming experience a smooth one which is kind of rare in this price band. We did experience some minor heating blues but nothing alarming. 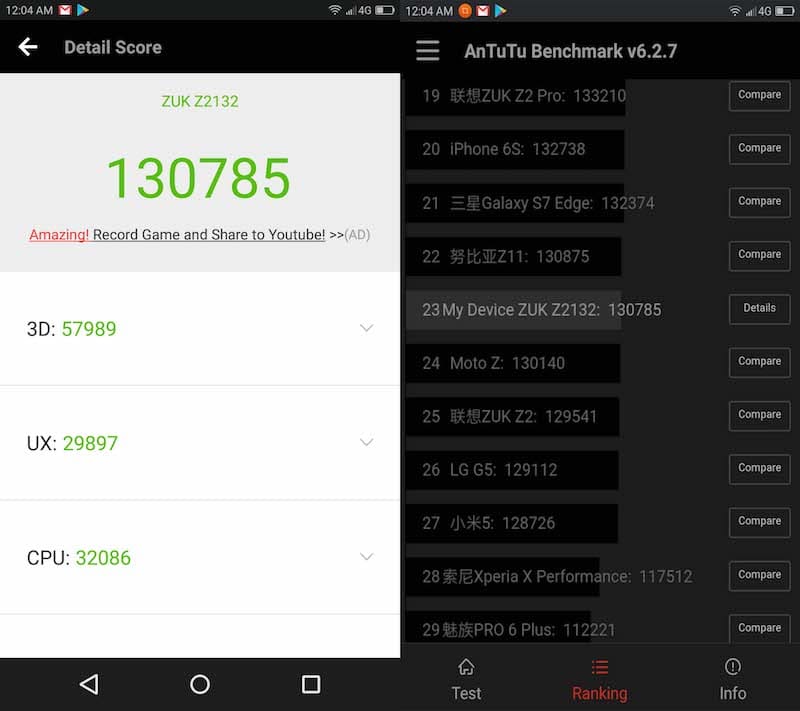 The handset managed to score a very high number on the AnTuTu benchmark as well, pretty much close to what its higher-end avatar did. The Z2 Plus got a great score of 130785 which explains why it breezed through all the high-end games. One thing we think can turn out to be a negative for the Z2 Plus is the fact that it comes with 32 GB storage, which is non-expandable memory, so one would have to be picky about his/her apps, songs and pictures in the smartphone.

The Lenovo Z2 Plus is powered by a 3500 mAh non-removable battery and it is enough to keep your phone alive on a very busy day and can last for one and a half or even two days when used moderately. We think it is because of the compact screen as well as a great battery management system. The smartphone also supports Quick Charge 3.0 which charges the phone completely in just a little over than one hour and will save you from battery blues.

Camera: Not exactly a shooting star 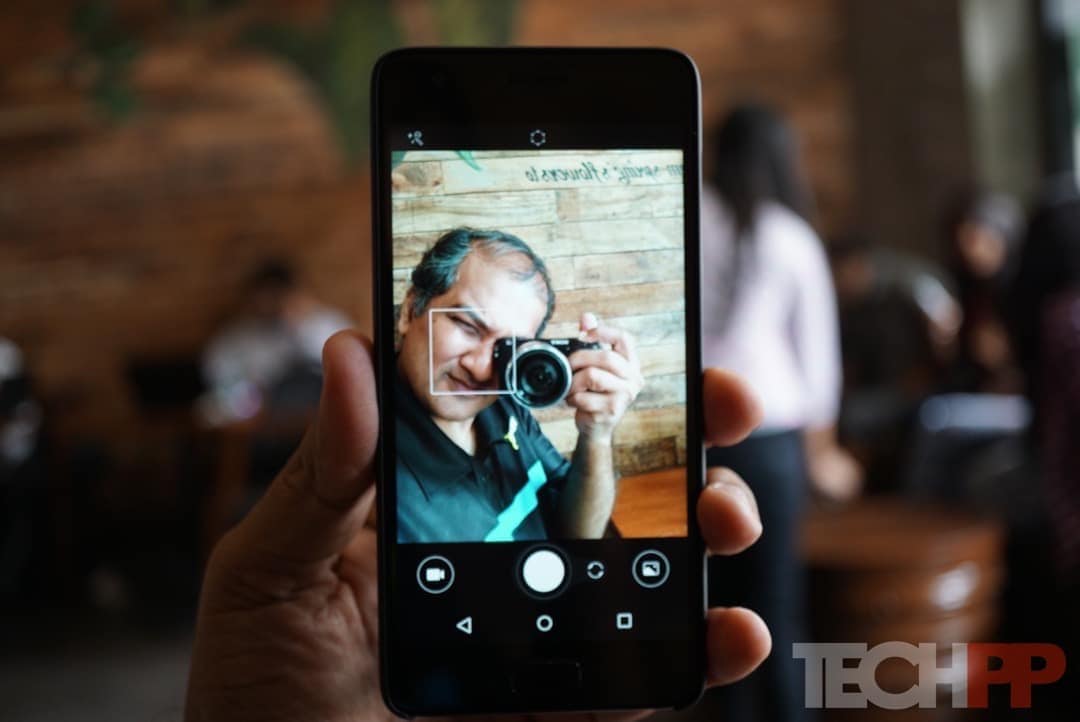 Z2 Plus has got a 13-megapixel shooter on the back with single tone LED flash while there is an 8 megapixel camera on the front. The rear camera can also record videos up to 4k. That said, the camera was one of the disappointing parts of the Lenovo Z2 Plus. The rear camera works well in well lit conditions and produces photographs with nice detailing and close to realistic colours but loses balance when it comes to low light photography. The warm colours look warmer in low light and saturated while we found some pictures to be a little too grainy even when zoomed in slightly. 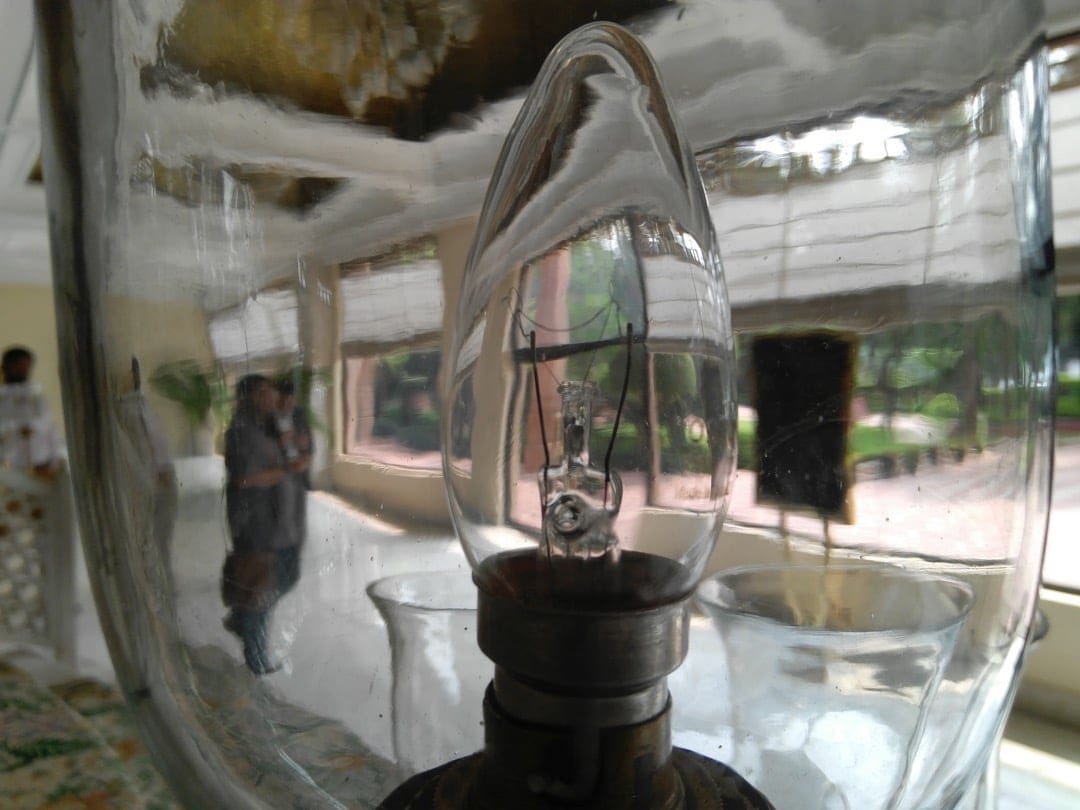 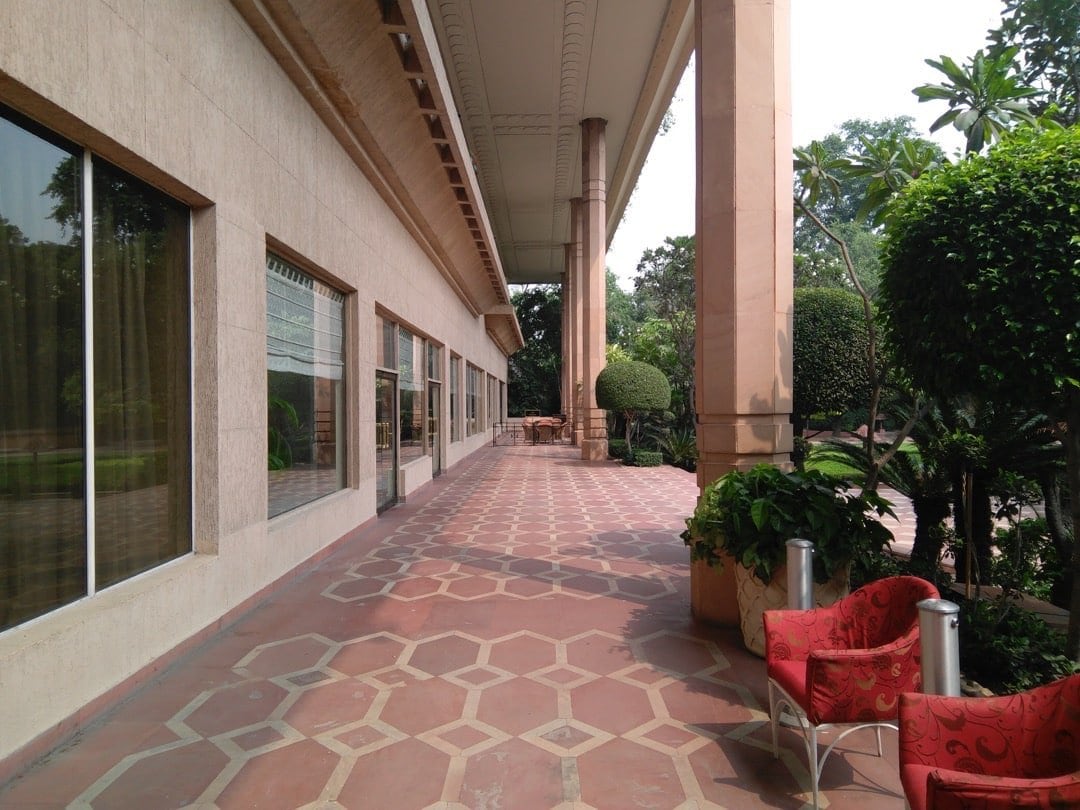 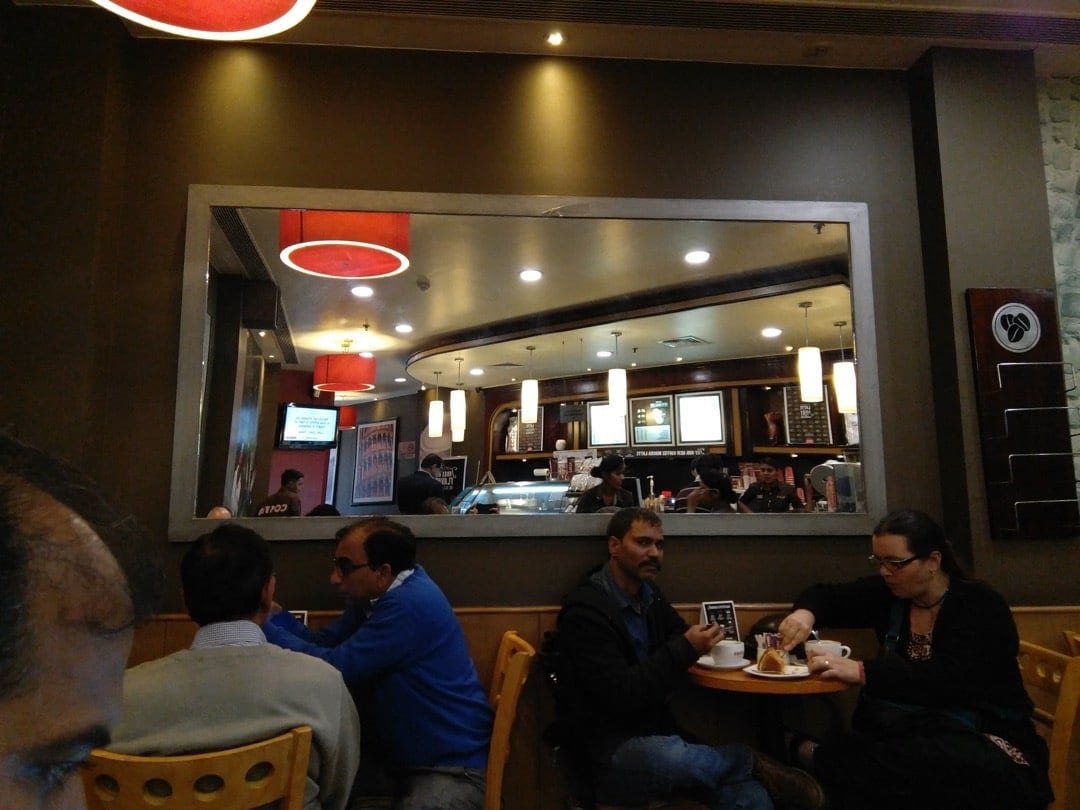 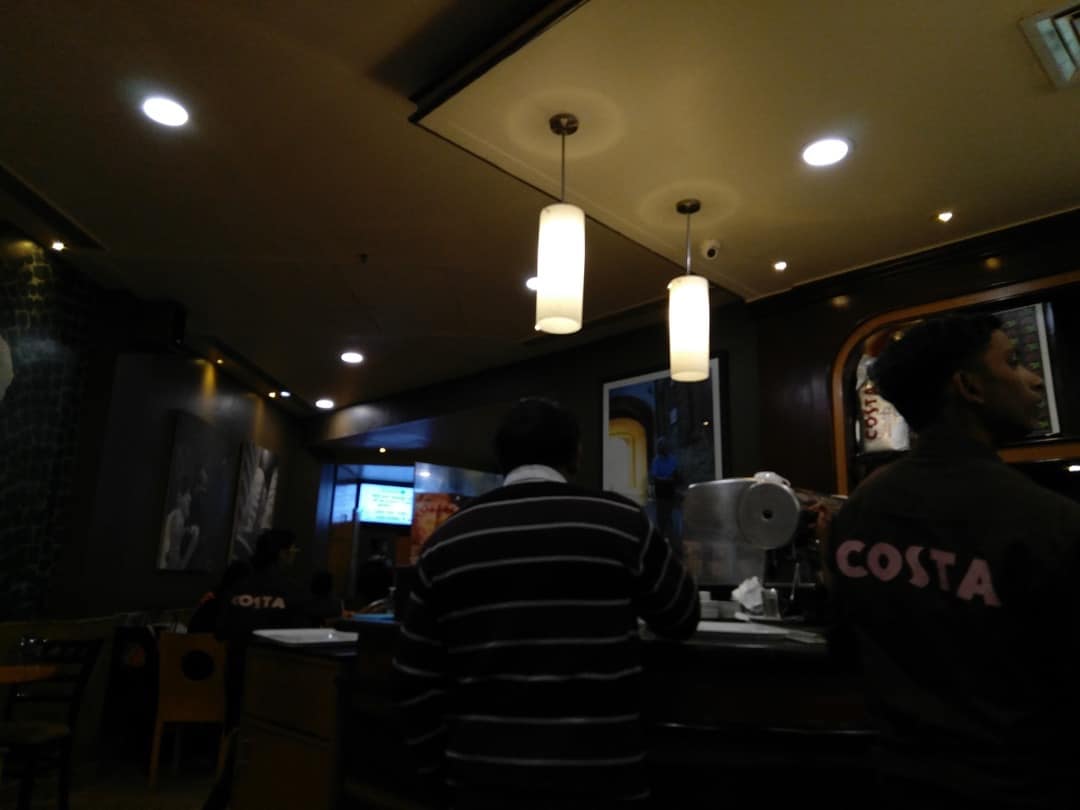 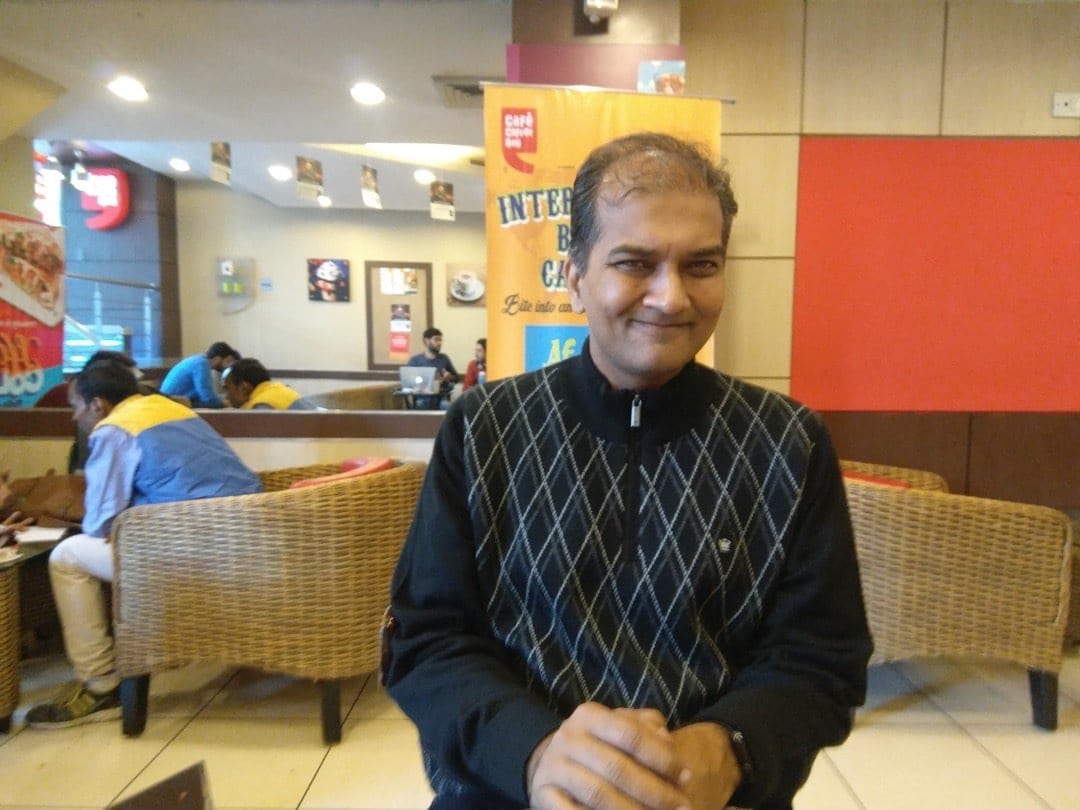 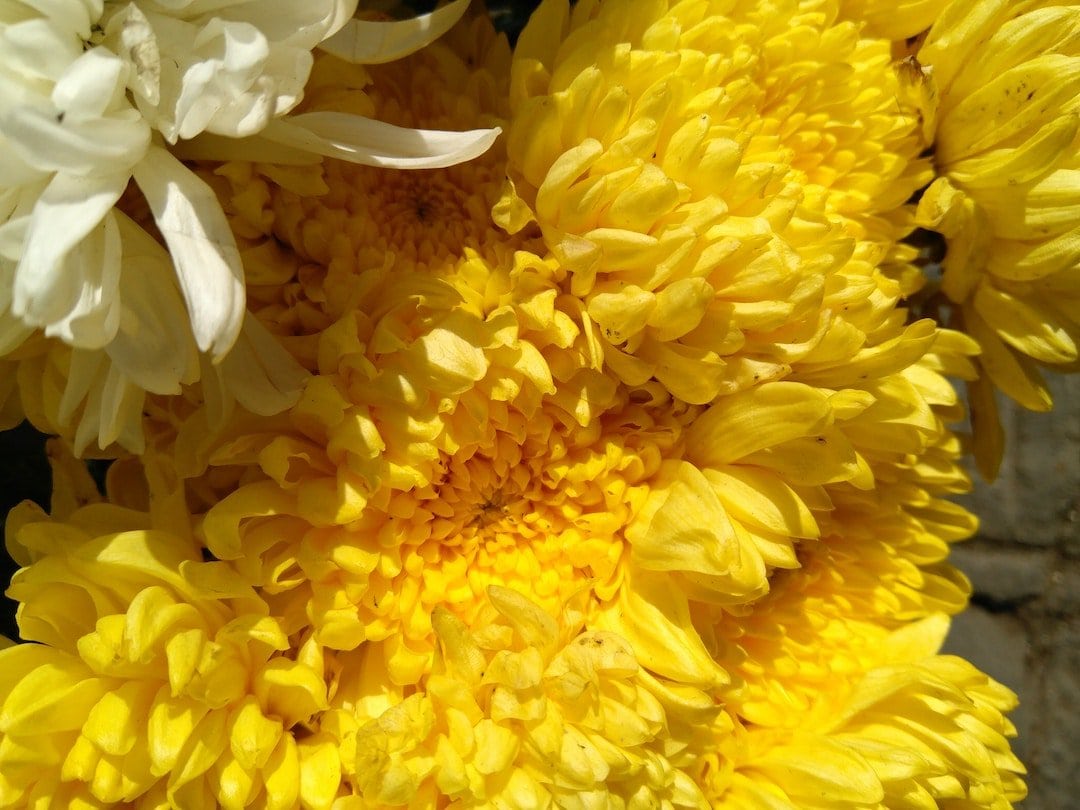 The camera has got six different shooting modes including Pano, Time- Lapse, Slo-Mo amongst others – this might seem a little low by the standards of the Huawei 6X, which had over a dozen. The camera also comes with a number of built-in filters but overall seems a little inconsistent.

UI: Simply does it 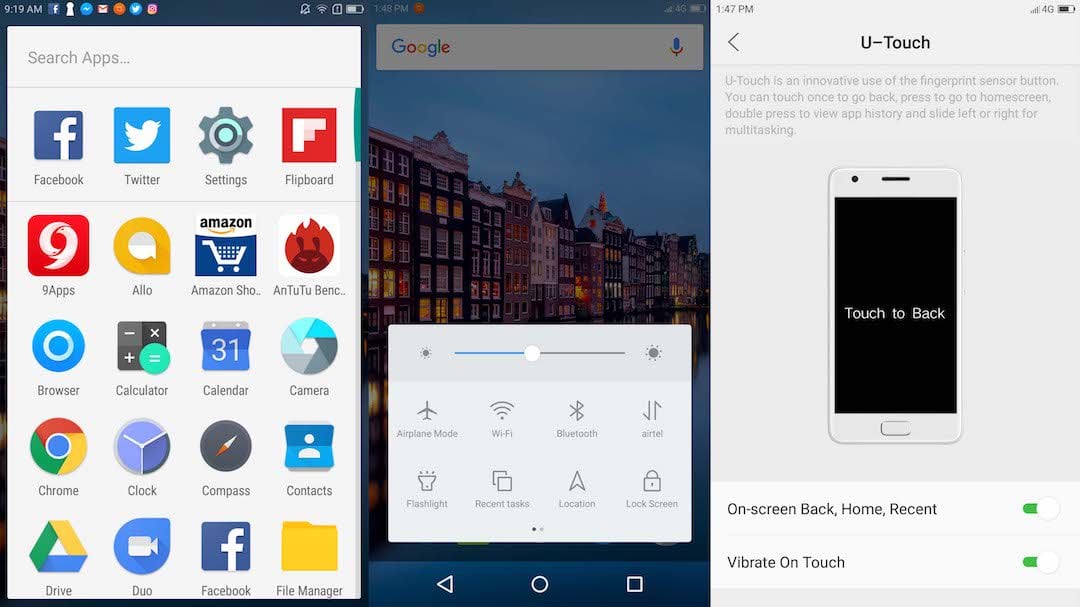 The Z2 Plus runs on Android Marshmallow 6.0 but unlike its predecessor, the smartphone is not topped with Cyanogen OS. Lenovo has provided its users with a custom-built user interface which is called ZUI. Although the interface is very close to stock Android, we think it has its moments over that worthy as well. The notification bar which slides out from the bottom and the customizable home button are a few amongst others. The transition is mostly smooth and the interface is not cluttered (something which we have always appreciated in Lenovo devices).

Verdict: Tiger on a Tight Budget!

The Z2 Plus (3 GB/ 32 GB) was one heck of device even when it was priced at Rs. 17,999 but now that Lenovo has slashed down the price of the smartphone by three grand, we think this makes it an even sweeter deal. There could have been some improvements around the camera and few more tweaks in the UI would have been nice but that said, the smartphone is a beauty in the looks department with beast-like power. Although there are a number of devices in this price segment, we do not think any of them comes remotely close to the Z2 Plus. So if you are on a tight budget and want a flagship level device, should you buy it? 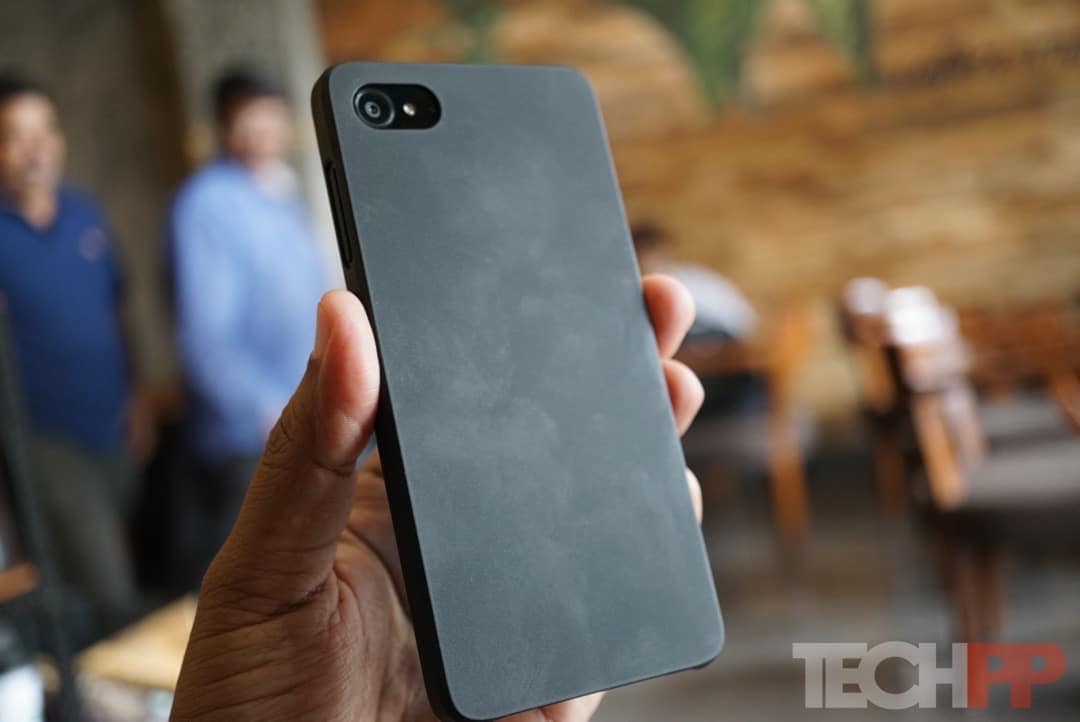 Let’s go back to the beginning for a while, shall we?

A smartphone with 5 inch full HD Screen, 3 GB RAM and 32 GB storage and powered by Qualcomm’s high-end flagship processor, the Snapdragon 820.
For Rs. 14,999.

And it performs too.

Are you still wondering?

Oppo Reno 7 Pro Review: Lots of beauty... and a bit of a…
[First Cut] Lenovo Legion 7i: A Gaming Laptop with…
Vivo S1 Review: It’s got the looks, but needs more
Tecno Spark Power 2 with 7-inch Display Launched in India:…
[Face Off] Redmi Power Bank vs Mi Power Bank 2i
[First cut] Redmi 8A: Them A+ Looks!