A lot of manufacturers these days boast about the level of protection and resistance that their devices have to offer. From the latest offering from Apple to Samsung to most of the other smartphone manufacturers, the standards of protection are always determined using the IP (Ingress Protection) ratings. 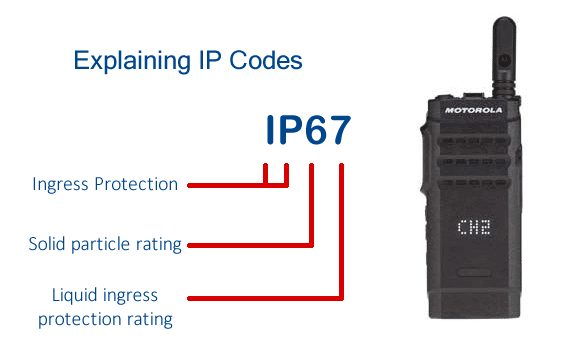 While a mere rating might not be a major deterrent for most users, there are still a handful of people who are nit-picky and take into consideration all the various aspects of a smartphone before making a decision. So, for those who find themselves in this category, here’s a detailed explanation on IP ratings.

What is an IP rating? 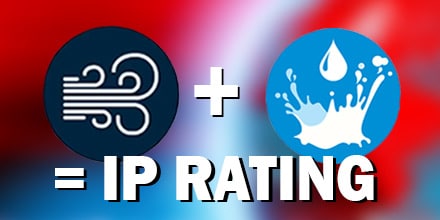 IP or Ingress Protection is the standardized rating used to determine the level of protection that the devices offer against foreign objects. In layman terms, these ratings describe a phone’s resistance to dust, water, debris, etc. Although these ratings may not be completely precise, they do manage to provide a general idea about a device’s shortcomings (if any). In a way, making sure you protect your device against the potential vulnerabilities. For example- Apple’s iPhone XR comes with an IP67 rating whereas the more expensive of the two, the iPhone XS Max, comes with a superior IP68 rating.

What are the different IP ratings?

As we saw in the example above, the two new offerings from Apple, the iPhone XR and the iPhone XS Max offer IP67 and IP68 ratings respectively. Which goes to show that even though the devices come from the same manufacturer, they differ in the protection that they offer against foreign objects. Which signifies that the basis of providing an IP rating is irrespective of the brand and depends on other aspects like- cost, feasibility, the material used, etc.

In order to have a better understanding of the different IP ratings, let’s break down the iPhone XR’s rating to get a rough idea about the numbers.

The first digit followed by the letters IP determines the level of protection from solid objects. It can be rated from anywhere between 1-6, where a 6 signifies that the device can withstand dust and dirt without allowing it to enter through the seam of the device. On the other hand, the second digit (in this case, 8) signifies the device’s level of protection from liquids and can range anywhere between 1-9. Here, an 8 signifies protection against immersion under-water (beyond 1 meter) for a prolonged period of time. So, a device with an IP68 rating would signify that the device is totally protected against any dust or debris and can withstand an emersion in water for a certain period of time.

Below is a table with all the IP ratings for solid and liquid protection.

As mentioned earlier, the solid protection ratings range from 1-6, whereas the liquid protection ratings range from 1-9. However, the table depicts ‘9K’ instead of ‘9’, this is to show that all the tests with the letter ‘K’ are performed by ISO and not found in IEC. IEC stands for International Electrotechnical Commission, which is responsible for preparing International Standards for both electrical and electronic components. The IP69K rating of protection is the highest possible protection available till date and signifies that the product can withstand the ingression of dust and high temperature, and high-pressure water. Since these ratings provide a sense of assurance against the level of protection they provide, it comes down to how these ratings are allocated. In the case of IP69K rating, the products bearing this rating have to undergo various types of rigorous testing to ensure their protection against high temperature and high-pressure situations.

However, a thing to keep in mind is that even though smartphone manufacturers call out on their devices for being resistant to dust and water, there are still chances that some amount of dust or moisture can end up inside the sliver openings of the device. Which is why users are always advised to not throw their devices blatantly around dust or water, and avoid their devices from coming in close contact. In fact, most of them make it clear that water damage isn’t covered under warranty even if they have an IP rating.

As the current scenario stands, we can see a lot of smartphone manufacturers providing either an IP67 or an IP68 rating on their smartphones. Although, deciding a smartphone just on the basis of its IP rating is not something that a lot of people do, or for that matter, should do, the rating does play its part when deciding to choose between two smartphones that fair neck-to-neck in terms of most of the other specifications. Nevertheless, at the end of the day, an IP rating gives you some level of assurance, based on its rating, on how careful you need to be with your device. And for what it’s worth, it never hurts to be!

Was this article helpful?
YesNo
TechPP is supported by our audience. We may earn affiliate commissions from buying links on this site.
Read Next
Explained: Time of Flight Cameras (ToF)
#IP 67 #IP 68 #IP Rating #Tech it Easy