Just when you think that endless runners have been done to death, there inevitably comes a title that shows you that spins can yet be put on the genre made popular by Temple Run. And doing that this time is Flyro, an endless flyer from Brute Farce, that has kept us hooked to our iPhones (no, there’s no iPad version as yet) for a couple of days now. 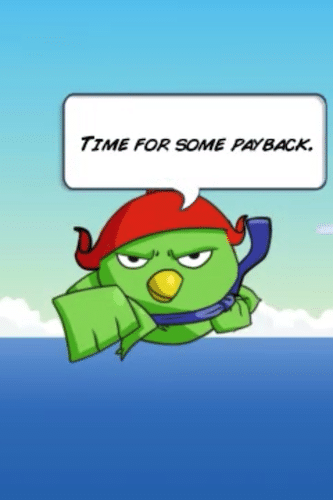 And, praise be, it has done so with simplicity and charm. At a time when a number of developers seem to be upping the graphics stakes and trying to deliver “console-like” experiences on one’s smartphones and tablets (witness the last Deus Ex title), Flyro takes a more basic path. No, your eyes will not pop out at its amazing graphics, because, well, it does not have any. In fact, if anything, it will remind you a bit of those space shooting games of the mid nineties when you controlled a spacecraft and took out aliens that kept descending on you. The difference is that here you control a little bird.

The story of the game is simple and is narrated at the very start (a bit tediously, we may admit). There is a happy little town called Birdtown which attracts a number of tourists. This does not please The Moustermind, who jealous of its success, puts it into deep freeze. The entire town is frozen, except for one little bird called Flyro, who thanks to having been born in a volcano (yep, the stork dropped the egg containing him into one) is able to flame out of his icy confines. And it is up to him to save the day. By flying endless and defying the evil Moustermind. 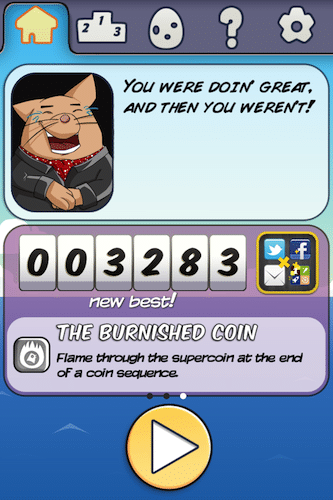 Not the stuff of Harry Potter plots, we know, but as in Angry Birds and Temple Run, the story is pretty much an appendage. The real fun is playing the game. And Flyro, thanks to some neat interface tricks, is as good as they come. You get a top-down view of the game and control Flyro by keeping your finger just below him – the game pauses if you place your finger anywhere else on the display. Move your finger in a particular direction and Flyro will move in that direction as well. Lift your finger, and Flyro gets into flame mode, transforming into a burning fireball that burns through a lot of the things that come in its path (does not work with stones, though). Which brings us to the stuff in his path of course. On paper, they sound routine – mines, bombs, barrels, fences, coins, bonuses, but here again, the developers have thrown a bit of a spin on matters. Coins do not get collected if you are in flame mode and if you do not fly through an entire sequence of coins, you do not get any of them. Similarly, flaming through a barrel could get you a bonus or blow you to bits! Spicing matters up are challenges posed by the game, such as flying through a sequence of coins and flaming through the last one, dodging bombs narrowly and so on. 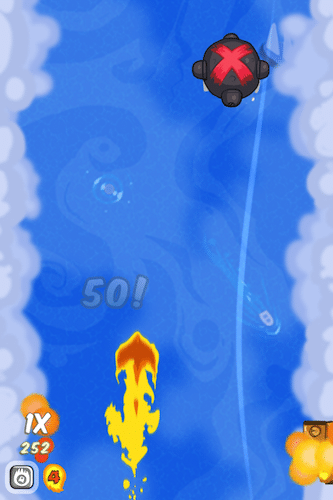 Of course, picking up the goodies is fun but the essence of Flyro is in flying as far as possible. And the jeering messages from Moustermind whenever you reach the end of your flying tether only spur you on. Throw in Game Center integration to check out global leaderboards and well, what you have is a very tidy package. No, it is not a patch on Temple Run or Angry Birds in terms of graphics, but it more than matches those worthies in terms of simple and yet addictive gameplay – you have to do nothing except move your finger on the display and lift it every time you want Flyro to get flaming! Well worth the ninety nine cents it asks for, we think. There’s a new time waster in casual game town.

Was this article helpful?
YesNo
TechPP is supported by our audience. We may earn affiliate commissions from buying links on this site.
#daily app