Moto X was by far the most leaked phone in the gadget history, and it’s little brother, the Moto E has just got its own share of leaks, thanks to an over-enthusiastic retailer from Brazil. A popular e-Commerce site, FastShop.br has already listed the Moto E, which is expected to be announced on May 13th in multiple countries including UK and India. 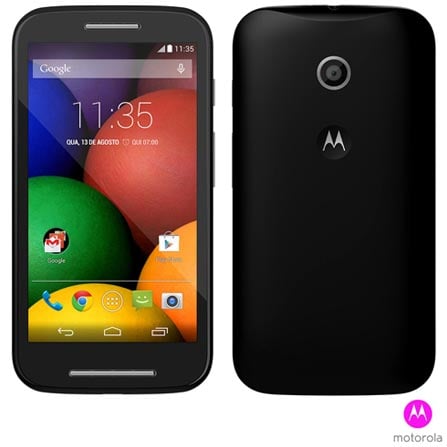 As per the listing, the Moto E features a 4.3-inch display with Corning Gorilla Glass, 1.2GHz Qualcomm Snapdragon dual-core processor, 5MP rear camera and runs on Android 4.4 KitKat. The phone will also come with 1GB of RAM, 4GB of internal storage, microSD card slot and 1980mAh battery. These are nominal specs, but Moto E is expected to be a budget smartphone with a price tag less than $150 (Rs.8500).

As per the leaked images, Moto E will be available in multiple colours like White, Turquoise, and Lemon, and will support swappable back covers like we saw in Moto G. Much like the Moto G, Moto E is expected to be made available in Dual-SIM variant in select countries like India. Flipkart has bagged the exclusive launch rights for the Moto E in India.

At its expected price point, Moto E will be taking it heads on with the likes of Nokia X and Nokia XL, along with several local players like Micromax and Lava in India. We will be there for the Moto E launch in New Delhi on 13th of this month to get you more details.

The sub-Rs 12,000 smartphone market has a new king: the Moto G9 Power
Read Next
Source: AndroidOS.in