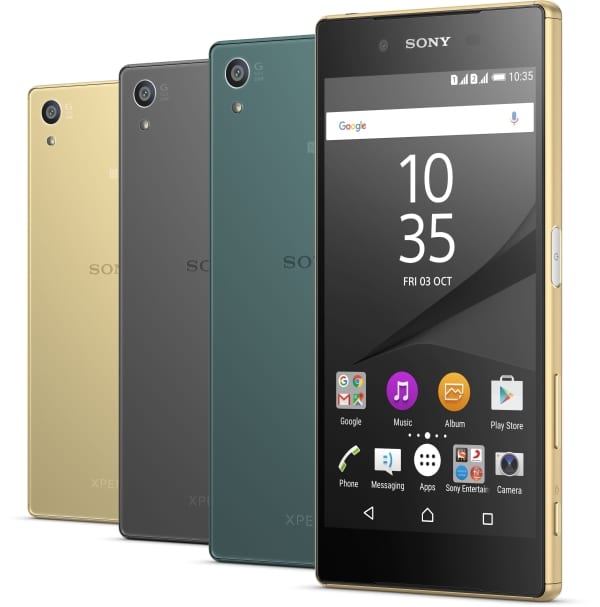 As always, Xperia’s forte still remains the strong imaging capability thanks to the new ½.3 Exmor RS module which will replace the earlier 20.7-Megapixel G-Lens module. The autofocus is apparently so fast that you can take a snap in the Xperia Z5 in just under 0.03 second which is ironically lesser than the time taken to blink. Secondary camera comes in the form of a 5-Megapixel 25mm sensor with FHD and Steady Shot mode.

On the storage front the phones leave no stones unturned as they offer 32GB of Internal storage along with a microSD card slot that can accommodate a whopping 200GB of additional memory.

Unlike many other flagships Sony has not ditched the IP68 standards citing design limitations and the Xperia Z5 and the Z5 Premium are the few flagship premium smartphones that offer water resistant and dust proofing abilities. Unsurprisingly Sony has skipped the Xperia Z5 Compact for the Indian market and considering the fact that it came with compromises like 720p display it would have failed to attract the prospective buyers.

Furthermore, the LDAC codec promises to deliver a 3-fold improvement over the basic audio streaming and the device also comes with a pair of speakers at the front, somewhat similar to the HTC Boomsound.

Was this article helpful?
YesNo
TechPP is supported by our audience. We may earn affiliate commissions from buying links on this site.
Read Next
Sony WH-1000XM5 Review: Bettering the Best
#Sony #Xperia Z5 #Xperia Z5 Premium