Sony India has unveiled the Cyber-shot flagship offering in the form of RX100 V. The RX100 V offers improved performance on various parameters including AF and slow motion recording. The RX series has been known for its smaller footprint and in the manner, it can be easily tucked away in smallest of the storage places. In fact Sony claims that the RX100 V comes with a Fast Hybrid system that promises the worlds fastest AF acquisition at 0.05 seconds. In all likelihood this is the same Hybrid system used in the α6500 and α6300. 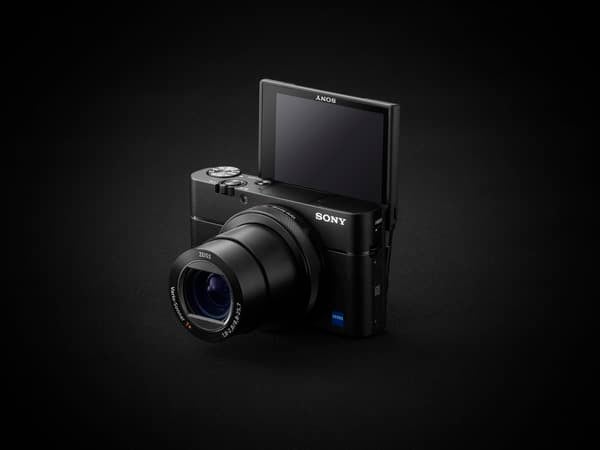 The continuous shoot speed of the camera is pegged at 24 fps which again makes it the fastest for compact camera. The shoot speed determines the ability of the camera to capture burst shots with minimal lag between individual shots. Furthermore, due to the fast AF/AE tracking the RX100 V can take up to 150 continious shots.

Sony RX100 V offers a newly developed 1.0-type stacked Exmor RS CMOS sensor along with a DRAM chip and Zeiss Vario-Sonnar T 24-70mm offering large apertures from F1.8 to 2.8. The improved image processing chip works in tandem with a new front-end LSI chip that fastens up the processing speeds and optimizes the image quality, especially in the high ISO settings. On the features front the camera offers 4K video recording without any pixel binning and also slow motion recording at up to 960fps. Pixel binning is a simple algorithm that usually fails to achieve the required quality which also explains why the RX100 V uses a rather sophisticated demosaicing algorithm in order to read the photosite values from the sensors.

Furthermore, the 315 dedicated AF points cover 65 per cent of the sensor and this along with the fast AF system will allow the user to capture the subject with increased accuracy irrespective of its motion. The view finder blackouts between the shots have been minimized thus resulting in better burst shots. The RX100V also comes equipped with a high speed Anti-Distortion Shutter with a maximum speed of 1/32000 second. The anti-distortion shutter minimizes the rolling shutter effect thus eventually improvising experience while capturing fast moving objects. Users can also select the initial magnification ratio in any particular mode and also toggle between “focus point” and “centre of display” with respect to the location of the Focus Magnifier. 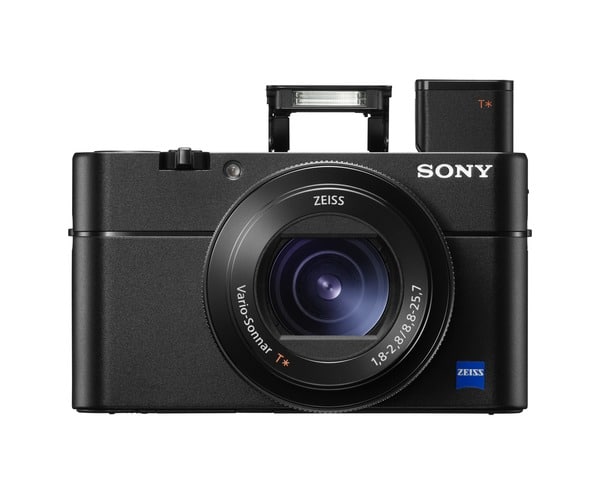 Moving on, the RX100 V employs full pixel readout without the pixel binning and this leads to a theoretical increase in details of the 4K video. The XAVC S codec helps in recording the videos at a high data rate of up to 100Mbps. Other professional features that deserve a mention include Picture Profile, S-Log2/S-Gamut, 100p HD FHD more and a still image file size of nearly 8-Megapixel during 4K movie recording.

The formfactor of the RX100 V is something that is expected it to be preferred over the DSLR’s (not completely though). Sony has imbibed the compact RX series design in the RX100V and the 2.35 million dot XGA OLED tru finder retracts in and out of the camera body. The compact camera features Wi-Fi and NFC and can access Sony’s Play Memories Camera applications. Sony RX100V is currently priced at Rs 79,990 and is available on Amazon, Flipkart and the Sony authorized stores.

Was this article helpful?
YesNo
TechPP is supported by our audience. We may earn affiliate commissions from buying links on this site.
Read Next
Sony WH-1000XM5 Review: Bettering the Best
#Sony #Sony RX100V