The 2017 Edition of MWC has two very interesting elements, the return of Nokia to the smartphone market and BlackBerry’s latest attempt at sufficing in the current market. While BlackBerry KEYone doesn’t offer anything new apart from the physical QWERTY keyboard and the related functions Nokia is here to stir up old memories. In order to do so, HMD (the company that manufactures and distributes Nokia phone) has relaunched its superstar of yesteryears, the Nokia 3310, yes the same “as hard as brick” phone that was capable of enduring frequent falls and a battery that would last for days before craving for the charger. 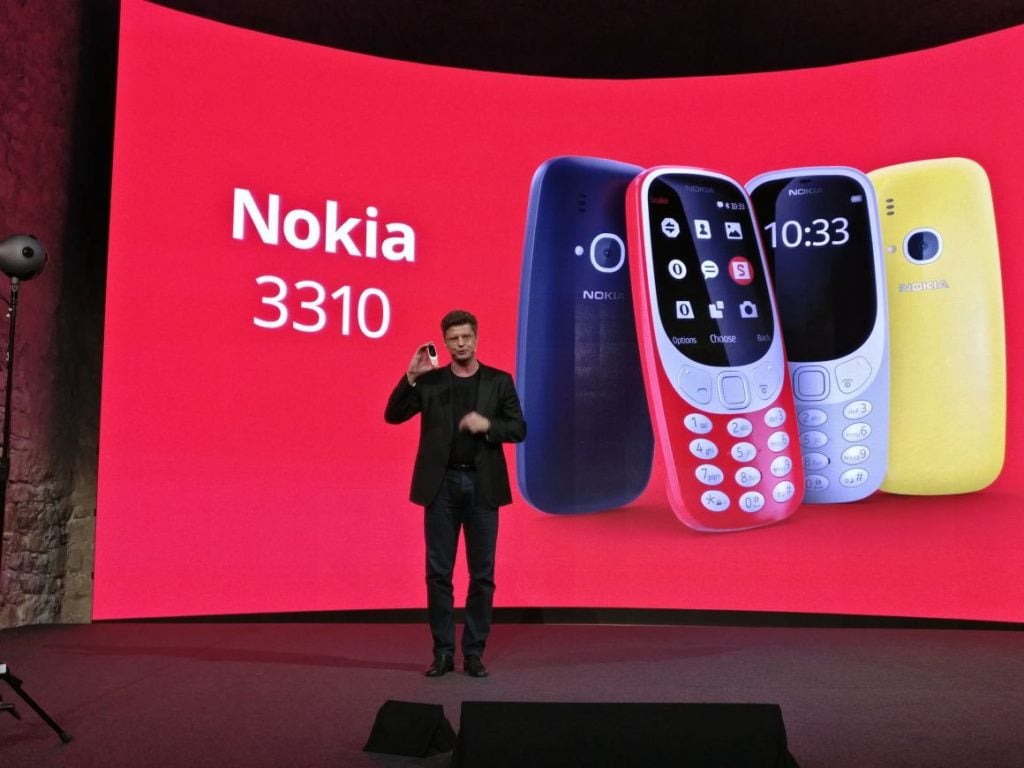 With the 3310, Nokia has decided to play the nostalgia card and as a result, has kept the changes at minimal best. The Nokia 3310 is still a basic phone and doesn’t come with frills that one would usually associate with the current day smartphones. The Nokia 3310 comes baked with the uber popular Snake game and will now be running Nokia Series 30+ software. The display on the Nokia 3310 has moved on from monochromatic to a 2.4-inch QVGA. Well, Nokia has after all decided to add in a few novelties to the classic and the microSD card and a 2-Megapixel are some.

Also, one would immediately notice that the Nokia 3310 has been flattened out unlike its predecessor and the overall form factor also seems to be hammered down and rounded. The Nokia Classic will also sell in some funky color options including glossy yellow, red, matte gray and also dark blue. The device also connects to the internet thanks to the Opera Mini but again Nokia has not really gone overboard and added all the features they could lay their hands on. Being a 3310 the device scores some brownie point by touting a rated standby time of 25 days and a talk time of 22 hours. The Nokia 3310 will be made available in Q2 this year and will retail at 49 Euros ($52).

Was this article helpful?
YesNo
TechPP is supported by our audience. We may earn affiliate commissions from buying links on this site.
Read Next
Nokia Power Earbuds Lite Review: Connecting through Clear Audio against Tough...
#MWC 2017 #nokia #Nokia 3310