William Henry Gates the Third, or as the world knows him, Bill Gates, is one of the most iconic names in the tech world, and a person who has contributed a lot to the software side of the tech story. And because of his contribution to the IT sector, he has mostly been the world’s richest man for around 15 years straight – he is the man behind the software that is seen on most computers today, Windows. And that is only part of his legend. So on the occasion of the software sultan’s birthday (he turns all of 62), we go beyond the perception of the man whom almost everyone knows as the guy behind Microsoft or as one of the richest men in the world or even (in recent times) as a philanthropist. Yeah, he is all that. But he is much more besides. Here are eleven things we bet not too many people know about William Henry…you know who we are talking about: 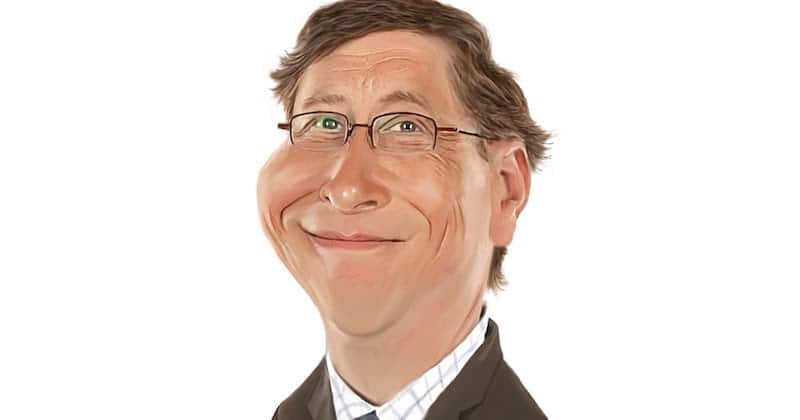 Opening the Gates to coding when young

Unlike most people now who study coding in higher schools and colleges, Gates was a boss at it from quite an early age. He wrote his first computer program on a General Electric computer when he was just a teen at Lakeside Prep School. It was kind of like a version of tic-tac-toe where one had to play against the machine (and I probably was still eating dirt when I was a teen… just saying).

Scheduling classes with “interesting girls” to fit a naughty Bill

What’s more, most people think that coders are just nerds and do not know how to have fun. Well, Gates used his gift of coding to have a bit of fun every now and then. For instance, as his high school discovered Gates talents, they asked him to write the school’s computer program for scheduling students in classes. With this kind of power, Gates tempered the code so he would be placed with a “disproportionate number of interesting girls”. Just the things a “geek” can do.

Picking the Bill for a private jet

He may be the richest man in the world but for a long time Gates has preferred flying by coach. There is even a company policy that restricts employees to fly business class only on international flights. Gates bought a private jet himself in 1997 – he had to fly so often and at such erratic intervals that it became too difficult to match his travel schedule with commercial flight times. 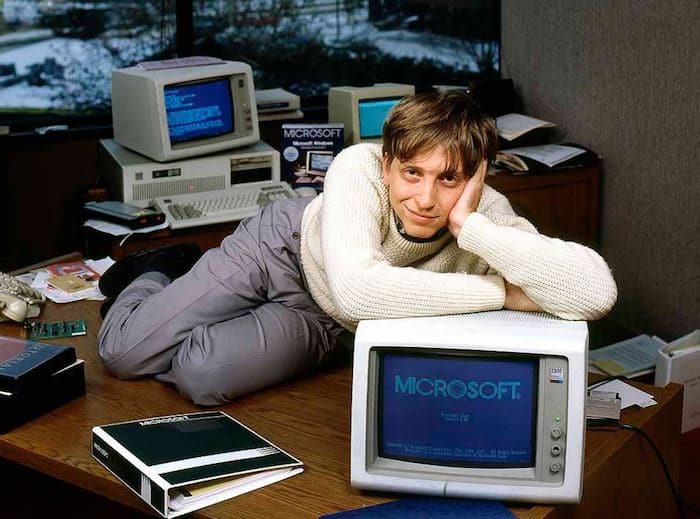 When Da Vinci entered not just Gates, but Windows too

A private jet is not the only thing that Gates has invested in. He also bought the Codex Leicester, a collection of writings by Leonardo da Vinci at an auction for USD 30.8 million in 1994. Three years later he scanned them and distributed the digital version of the Codex as wallpapers, and screensavers on Windows devices and also distributed the papers in a comprehensive CD.

These Gates do not just lead to tech

Many may think that Gates is a big name in the tech world only. They are SO wrong. Gates has been awarded many honors from various countries for his contribution to the society. He has received an honorary knighthood from Queen Elizabeth II in 2005 but he cannot use the title “Sir” because he is an American. He was also awarded Placard of Order of the Aztec Eagle, the highest Mexican order awarded to foreigners, and along with his wife and has received many other awards including the Presidential Medal of Freedom from President Barack Obama, in 2016, for his philanthropic efforts.

When the police got him within their Gates…

Gates was arrested once and that too as a teen. Gates was first arrested at the age 19 by the police of Albuquerque, Mexico for some unknown driving offenses.

…and Bill gave us a mug (shot) for Outlook 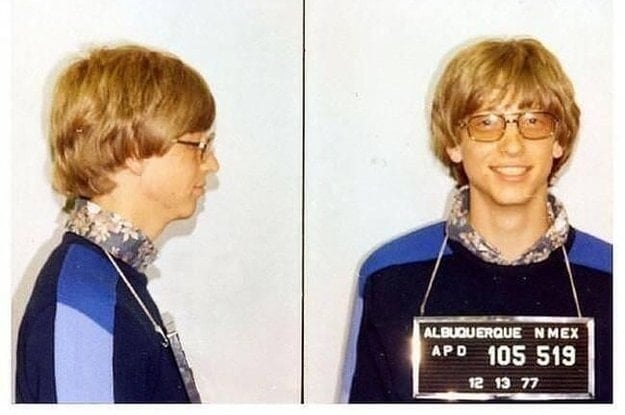 When Gates was arrested, the police obviously took his mug shots for their record. So what? Well, there is a very high chance that most of us have seen the silhouette of his mug shot once in our lifetime. Confused? Well, the placeholder silhouette in Microsoft Outlook 2010’s People Pane is actually the silhouette of Bill Gates’ mugshot when he was arrested. A fallback image is a default image which is used in the place of a contact’s image if no image is available. That default image is Gates’ silhouette.

Giving it away, no Bills needed

He is a multibillionaire and is even richer than many countries around the world, but as per Gates, he would leave only (“ONLY”) USD 10 million to each of his children and will donate the rest to charity. It is believed that the Bill and Melinda Gates Foundation donates more money to global healthcare than WHO itself. As per stats, since 2007, Gates had donated a whopping $28 billion to charity and planned to donate more than 90 percent of his net worth in his lifetime.

Ctrl+alt+del may be one of the most famous commands in computing history (for viewing and shutting running apps and even rebooting Windows), but Gates in an interview admitted that it was actually a mistake. As per him, the command was supposed to be a single button which would prevent applications from showing a fake login prompt to the users and steal passwords. Instead, it ended up being a combination of three keys. It was an engineer who worked on the original IBM PC, David Bradley who designed the combination to be used for rebooting a PC. 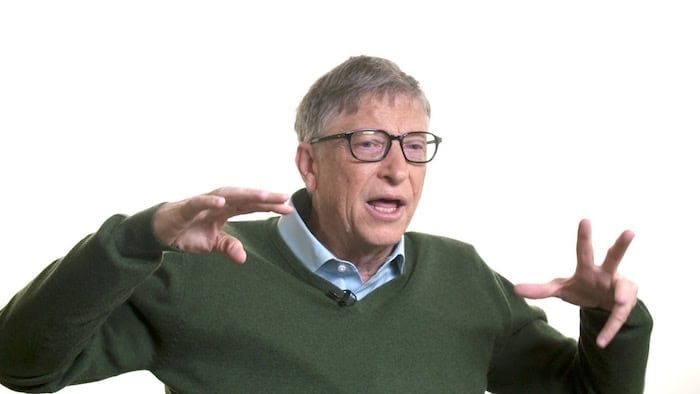 There are limits to the Gates of knowledge…

But there are times when even a person like Gates feels stupid. He once mentioned that he feels stupid because he does not know any foreign languages and it becomes very difficult for him to talk to prime ministers of countries like Japan or China because of this problems. We feel your pain, Gates!

Eat all you want at McD’s, Gates – no Bills ever!

Although he is the richest man in the world, Gates can actually eat as much and order as much as he wants from McDonald’s…for FREE! As per Warren Buffet, Bill Gates’ close friend, Gates has a special Gold Card which is valid worldwide. There are only a handful of people who have this card – Buffet is himself one. Not that he needs it (I do, though…oh never mind!).

Was this article helpful?
YesNo
TechPP is supported by our audience. We may earn affiliate commissions from buying links on this site.
Read Next
Wordle Game: Ten Facts About the Latest Rage on the Internet
#bill gates #Case in Point