Some might say September marks the arrival of autumn but all the tech enthusiasts know that that month only marks the arrival of new iPhones. And this year is no different. Apple recently, at its Cupertino headquarters launched a new line up of iPhones: the iPhone Xs, the iPhone Xs Max and the iPhone Xr. And we all know that with new iPhones, we get new ads (yay! Well, mostly). Sure enough, the tech giant has launched a new ad to highlight the iPhone Xs and iPhone Xs Max titled “Illusion.” But does it come with the usual Apple ad magic or is it plain…well, illusion?

You would need to see the 38-second “Illusion” at least a couple of times to be able to figure out what is really happening. The ad basically shows two iPhones, the iPhone Xs and the iPhone Xs Max. At first, they both look the same but after a slight change in perspective and a lot of movement (thanks to a pair of hands moving them around), you figure out that the seemingly identical smartphones are actually different in size and they are the iPhone Xs and the Xs Max. The two ads highlight the displays and the design of the smartphone and while doing so, the hands also make an X with the phones in the process (yeah, we spotted that – clever!). The ad ends with the text on the screen “welcome to the big screens” followed by the name of the two phones and the Apple logo, which appears seemingly from gold dust, with a snap of magical fingers.

Yes, it focuses on the design and the size of the displays but we think, unlike most other iPhone ads that give you an idea of the USPs, and the features of the devices (often by showing what they do, if in an exaggerated manner), this one does not. In fact, there is absolutely no mention of functionality at all in the ad. In an attempt of making the device look perhaps desirable or artistic, it seems like Apple has decided to give the features a backseat. The floating hands just keep moving the two phones in an odd manner on the screen and while some might think that it places the spotlight on the design and displays of the phone, we think it just ended up looking very strange. The ad gives you some close-ups of the sides, the back of the phone and cameras but it manages to hide the one thing that attracted a lot of (often negative)attention for the iPhone X, the notch. Merging the notch with the wallpaper made smartphone look like it is completely not just bezel-less, but notch-less too. Smart? Or defensive? The choice is yours. 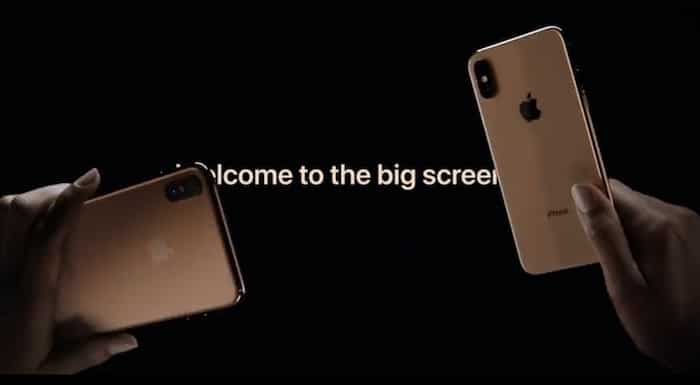 This “Illusion” may be short but it is definitely neither straightforward nor simple – that’s two of our troika of S’s out of the reckoning. It is basically two iPhones moving with the help of what seems to be a pair of floating hands on a black background – it does look magical, but to be honest, the ad did not really work for us. While the ad managed to make the devices look gorgeous and Snoh Aalegra’s “Nothing burns like the cold” in the background only added to their desirability, we think that instead of hitting a home run like many other iPhone ads in the past, Illusion got struck out in the first innings itself. It is as if the only thing that matters in the new iPhones is their size.

Very pretty, Apple, but what DO those phones…do? 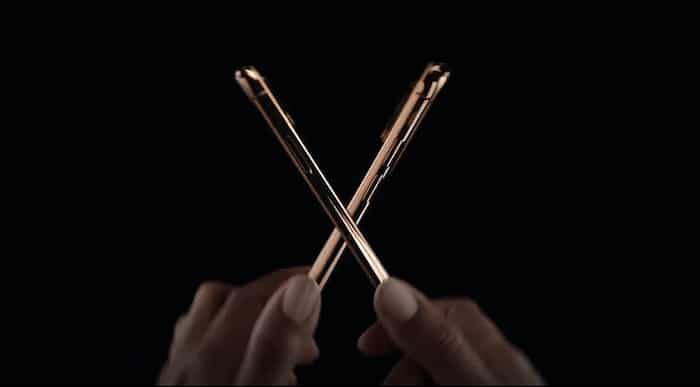 And this is because, in our opinion, the ad does not do a lot for the new iPhones. If there is one thing that has not changed a lot since the iPhone X, it is the basic design of the devices. So we thought that at this point, it would make more sense for Apple to be creating ads that highlight as much difference between the iPhone X and its successors as possible. But while “Illusion” may have established the size of the two phones (and that one is a bit bigger than the other) and may have highlighted their golden color which is not available in the iPhone X, what we end up seeing is a pair of phones that in terms of design are not too different from the iPhone X. Ouch!

Over the years, iPhone ads have often won over our hearts in just a single view. This, unfortunately, is not the case with Illusion. It is slightly ironical that the company that has made us believe in the magic of its advertising even when it created ads that were far from reality (remember all those ads for iPhone X; Fly Market, Unleash, Memory?), has actually not been able to make a convincing case when it tried to be deliberately magical (those moving hands, that snap of the fingers at the end). The “Illusion” might look very good, but next time around, give us some real magic, please.

Size might have mattered for Godzilla. But for the Godphone?

Was this article helpful?
YesNo
TechPP is supported by our audience. We may earn affiliate commissions from buying links on this site.
Read Next
Time to switch off the ‘switch off your phones’ theme?
#iPhone XS #iPhone XS Max #Tech Ad-ons