Mivi Octave Bluetooth Speaker Review: Heavy on Bass, Not on Your Pockets

Mivi has established itself in the Indian market with quality smartphone accessories as well as sound equipment like headphones and speakers. The Mivi Octave Bluetooth Speaker is one such product that aims to further strengthen Mivi’s hold in the audio department. If you’re looking to purchase a speaker anywhere around the Rs. 3000 mark, let’s tell you if the Mivi Octave is the best in the business. 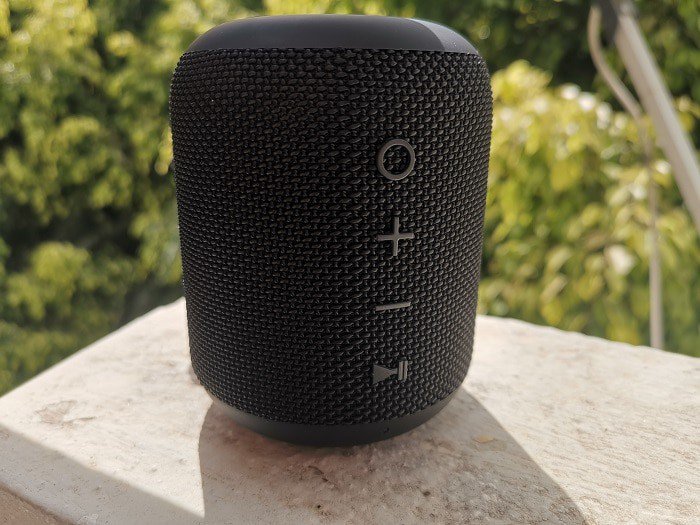 Let’s begin with the looks as that’s what most people are going to notice first when you have the speaker lying on your table. The first time I unboxed the speaker, I instantly saw a close resemblance to Apple’s HomePod. Not as big, of course, and not as premium but there’s no denying that the Mivi Octave is a looker. There’s fabric all over the cylindrical surface and a soft matt plastic layer on the top and bottom. It feels solid in the hand and the build quality is extremely robust. It does feel slightly on the heavier side, but that can be a positive indication of the quality of materials used. 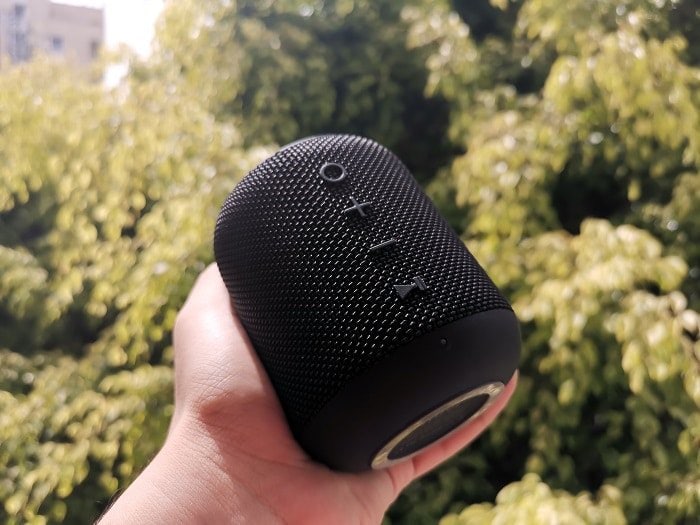 There are four buttons on the front – A power on/off button, volume up, volume down and Play/Pause. The buttons are tactile and work just as expected. There’s also a tiny LED indicator below the buttons which indicates the connection status of the speaker. The top portion of the speaker houses a diaphragm which vibrates thus giving a sub-woofer like effect. There’s a small strap attached to the speaker which can be used to hang the speaker onto your backpack or a carabiner clip while traveling. In terms of looks and build quality, Mivi has done a fantastic job. 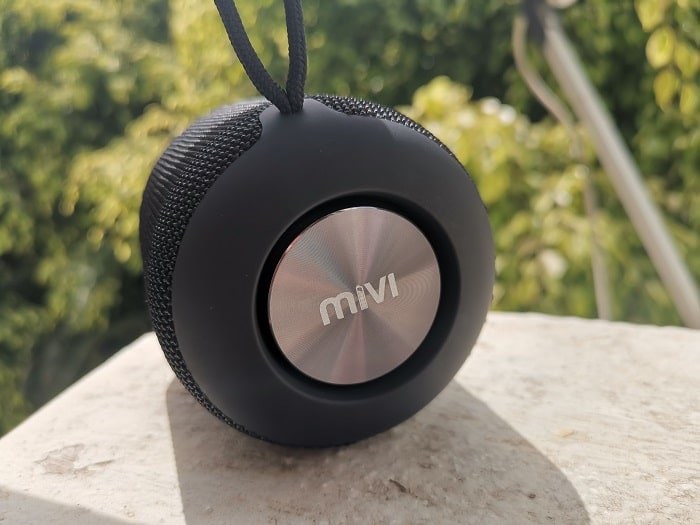 Let’s now talk about what’s most important in a speaker, its sound output. The Mivi Octave provides a 16W output in a 360 degrees manner due to its cylindrical form factor which ensures equal surround sound. The sound output is ample loud, though, at high volumes, there is a slight distortion in the audio so if you want to avoid that, anywhere around the 70 – 80% volume level is the sweet spot. The bass is heavy and if you listen to a lot of hip-hop or rock music, you will be pleased with the thump that this speaker provides. Vocals are good too and do not sound muffled and the treble is very clear as well. Just don’t play it at max volume. 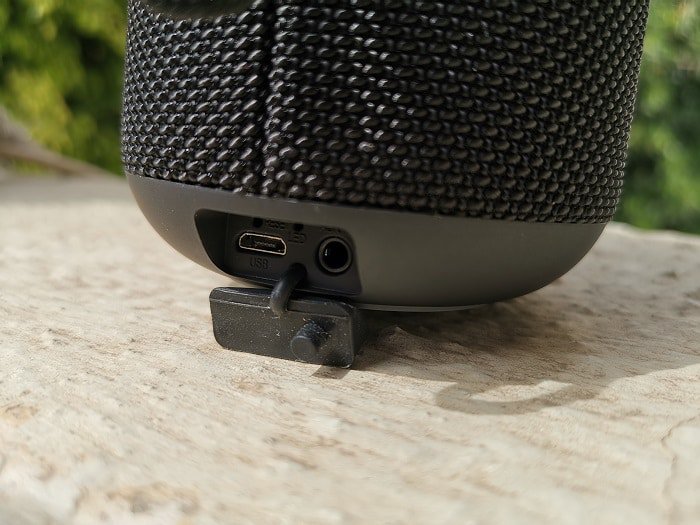 You can take calls or even reject them from the speaker itself, and if you have two of these, you can even pair them together to form a stereo pair. The speaker is IPX5 for splash resistance so an occasional spill won’t do any harm, but make sure you don’t dunk it in water. Connectivity options include Bluetooth 4.2 and Aux input, the cable for which is provided within the box itself which is a nice touch.

The Mivi Octave houses a 2600mAh battery which in my usage lasted me about 7-8 hours of music playback through Bluetooth and when charged over 5V at 1A, the speaker takes about 2-2.5 hours to fully charge. In my opinion, those are good numbers, but a little short of the claimed 10-hour battery life by Mivi.

The Mivi Octave is a powerful speaker with good bass and long-lasting battery life and comes with superior build quality. The only con if I have to nit-pick is that the small rubber flap covering the micro-USB and Aux ports is very hard to snap into place when removed, probably due to the IPX5 rating.  The Mivi Octave retails in India for Rs. 2,999 and at the time of writing this review, a lightning deal on Amazon had further got the price down to Rs. 2,549, which is a steal in my opinion. However, if you can settle for slightly lower volumes, even a 10W speaker like the Boat Rugby or Portronics SoundDrum which you can find for around Rs. 1,000 lower than the Mivi Octave can be a good option if you want to save some money.