Realme has today launched two new smartphones, the Realme X2 Pro and the Realme 5s at an event in India. The X2 Pro was already launched in China last month, and today it has finally made its way in India as the latest flagship from the company. To ensure new consumers don’t miss out on the phone on its first sale, the company had organized a two-day blind order sale a couple of days back, wherein interested consumers could reserve the phone by paying Rs 1000, and pay the rest at the time of the sale. 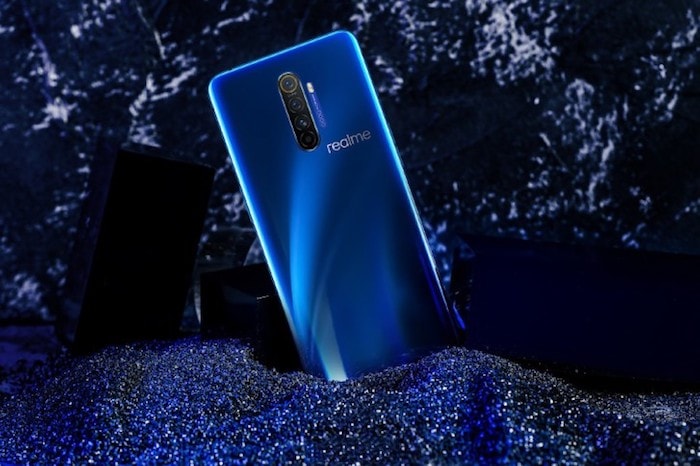 The X2 Pro flaunts a 6.55-inch FHD+ display with a 91.7% screen-to-body ratio and 2400 x 1080 pixels screen resolution. It offers HDR10+ support, a 90Hz refresh rate, and a 135Hz touch sampling rate, and includes a Gorilla Glass 5 protection on top. At its core, the device is powered by a 7nm octa-core Snapdragon 855 Plus with Adreno 640 GPU, coupled with 8GB + 128GB and 12GB + 256GB of RAM and storage configuration. As for other hardware specifications, the X2 Pro comes with an in-display fingerprint sensor, 3.5mm audio jack, stereo speakers, and Dolby Atmos. It includes a 4000mAh with 50W with SuperVOOC fast charging and runs on ColorOS 6.1 based on Android 9.0 Pie.

In the camera department, the X2 Pro sports a quad-camera setup, which includes a 64MP primary Samsung GW1 sensor with f/1.8 aperture, a 13MP telephoto lens with f/2.5 aperture and up to 20x hybrid zoom, an 8MP 115° ultra-wide-angle lens with f/2.2 aperture, and a 2MP depth sensor with f/2.4 aperture. Towards the front, it has a 16MP camera with a Sony IMX471 sensor and an f/2.0 aperture for selfies.

The Realme X2 Pro comes in two color options: Neptune Blue and Lunar White, and is priced at Rs 29,999 and Rs 33,999 for the 8GB + 128GB and 12GB + 256GB variant respectively. It will go on the first sale on Flipkart and realme.com starting November 26 as an invite-only sale. Realme has also announced a Master Edition, which is designed by Japanese designer Naoto Fukasawa and uses a frosted glass on the back with a logo and two color options: Red Brick and Concrete. It only comes in one configuration: 12GB + 256GB and is priced at Rs 34,999. [Check out our Realme X2 Pro full review here]

The Realme 5s has a 6.5-inch HD+ mini-drop notch display with 1600 x 720 pixels screen resolution and Gorilla Glass 3+ protection on top. At its core, the device is powered by an 11nm Snapdragon 665 processor with Adreno 610 GPU, paired with 4GB of RAM and 64GB / 128GB of internal storage. It runs on ColorOS 6.0 based on Android 9.0 Pie and includes a 5000mAh battery with 10W charging. As for other hardware specifications, the device comes with a fingerprint sensor and a 3.5mm audio jack. 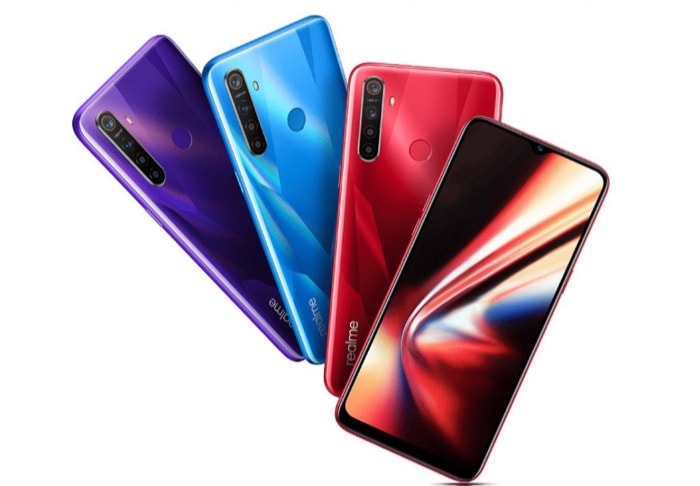 For optics, the Realme 5s sports a quad-camera setup on the rear, which includes a 48MP primary Samsung GM1 sensor with f/1.8 aperture, an 8MP 118° ultra-wide-angle lens with f/2.25 aperture, a 2MP depth sensor, and a 2MP macro lens with f/2.4 aperture. On the front, the phone comes with a 13MP front-facing camera with an f/2.0 aperture for selfies.

Realme 5s comes in three color options: Crystal Blue, Crystal Purple, and Crystal Red, and is priced at Rs 9,999 for the 4GB + 64GB and Rs 10,999 for the 4GB + 128GB variant. It will be available on Flipkart and realme.com and will go on the first sale starting November 29 at Noon. The phone also comes with no-cost EMI and Jio benefits worth Rs 7000.

Was this article helpful?
YesNo
TechPP is supported by our audience. We may earn affiliate commissions from buying links on this site.
Read Next
Realme 10 Pro+ 5G Review: Good Phone, But the Camera Could Be Better
#Realme #Realme 5s #Realme X2 pro