Vi are not impressed

Seema Taparia from Mumbai might be making matches on Netflix but the OG of matchmaking in the Telecom world is a fairly new player called Jio. Jio came in the market back in 2016 and instantly became a headache for the existing operators in the industry. So much so that two of the biggest players in the field, Vodafone and Idea had to join hands in order to keep their heads above the water. And what do you get from the addition of Vodafone and Idea? A lot of subtracted letters and the end result, “Vi”, basically the initials of the two brands put together (yep, real creative).

The name of the brand might be basic but we had high hopes when it comes to the first ad of the newborn baby of these two telecom giants. Both Vodafone and Idea have had some really brilliant ad campaigns that have not only left their marks on network advertising but advertising in general. The “Wherever you go, our network follows you” Vodafone Pug campaign, the “Vodafone Zoo-Zoo” campaign, and “kya idea hai SirJi” from Idea have been some of the most revolutionary ad campaigns in telecom history, hands down. So obviously when these two advertising boss brands came together, we naturally assumed that their first ad together would be on the same level, if not better.

Well, were we wrong… 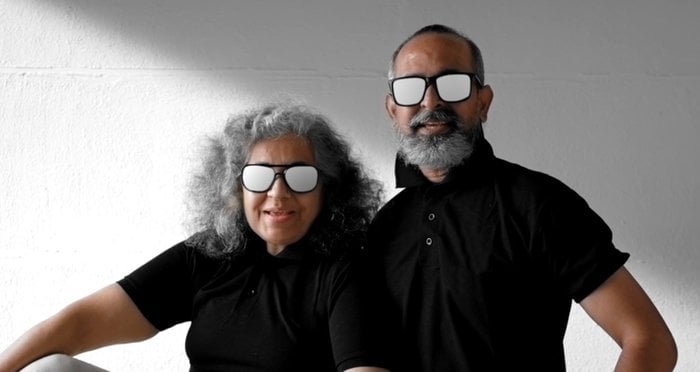 The 32-second long ad basically features a number of different couples, all saying “Vi” in front of the camera in a number of situations – sitting, walking, in a car, dancing, and so on – with some peppy background music. After almost 30 seconds of hearing Vi in different voices, and slightly different tones, a message on the screen appears reading, “Togetherness is a wonderful thing” followed by, “Vodafone and Idea are now Vi” showing the new logo of the brand.

And that is it.

The ad is basically nothing but a bunch of people singing “Vi” and it comes to us as no surprise that the poor ad is being subjected to a lot of trolling for basically existing. We are not saying all that trolling is justified, but there isn’t much else one can expect with an ad like that. I mean, what DOES one talk about?

We get that the brand tried to put emphasis on togetherness and highlighted that by repeatedly saying Vi, which obviously sounds like ‘we’, but what we do not understand is: is that all there is to it? This is one of the ads you see and wonder what the ad was about even after it is finished. If you take away the words ‘Vodafone’ and ‘idea’ from the spot, it can literally be anything. It does not show any phones, does not talk about connection, or makes any remark that would indicate that it is an ad trying to highlight a new network or an alliance.

Take the Vodafone and idea reference out of the ad, and we would have thought that it is a matrimonial site’s ad and that too one which is not only extremely inclusive but highly forward.

Vi can only get better!

The Vi-heavy audio is topped with some really oddly put together visuals and settings. All these pairs of people were placed in the most random settings. We could not draw a connection between what was happening on the screen to what the ad was trying to highlight (perhaps that everyone could use the connection everywhere, but that applies to any mobile network, right?), which is slightly sad, especially for an ad that aims to highlight network connection. Even in the end where the text appears on the screen, it actually looks more like an Asian Paints ad with all the colors randomly swooping in, rather than an ad for Vi.

The ad comes as a disappointment because both Vodafone and Idea are telecom veterans. And, both have had advertising campaigns that have not only worked but changed the way mainstream telecom advertising worked. We expected sparks of creative advertising to fly when these two got together, but sadly this firecracker came out soaking wet. 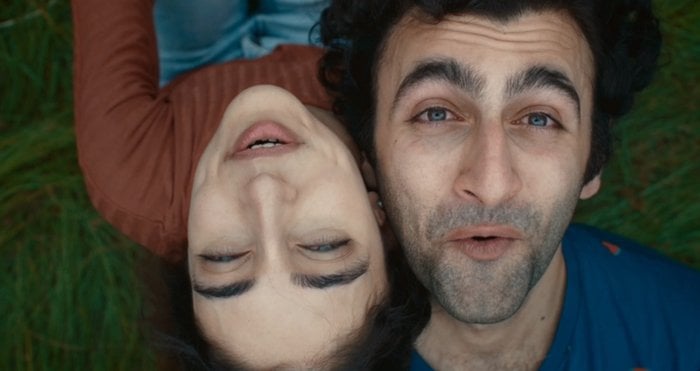 We would have loved to see the brands using their legacy to highlight how they have changed lives over the years and how their togetherness now would continue to do the same. This rebranding could have derived so much emotion and soul from the original brands. but they did not even acknowledge their past. We just got this rather monotonous ad that is making a lot of noise but for all the wrong reasons. Some might say the new brand is making an impact, but it definitely isn’t the one its creators would have hoped for. Well, on the bright side, things can only get better.

Vi may have arrived, but in ad terms, well, Vi are not impressed.

Time to switch off the ‘switch off your phones’ theme?
Read Next