Realme Narzo 30A and Narzo 30 Pro Launched in India

Realme seems to be getting back on to its routine launch schedules. It launched the Realme X7 series in India last month, and now, it is back with another smartphone announcement. This time, for the Narzo 30 series. The Narzo 30 series is the latest “Gen-Z” targeted lineup and a successor to the Narzo 20 series. Although, unlike the Narzo 20 lineup that included three smartphones, the Narzo 30, so far, has two: Narzo 30 Pro and Narzo 30A. Let’s dive and learn more about the specifications for both of them.

Starting with the design, the Narzo 30A features what Realme calls a “diagonal stripe design” — something that it says is “reminiscent of motion and shows off the free style.” Towards the front, the phone is equipped with a 6.5-inch mini-drop display with a 20:9 aspect ratio. The display offers an HD+ resolution with a 269ppi pixel density. Narzo 30A comes in two colors: Laser Black and Laser Blue. 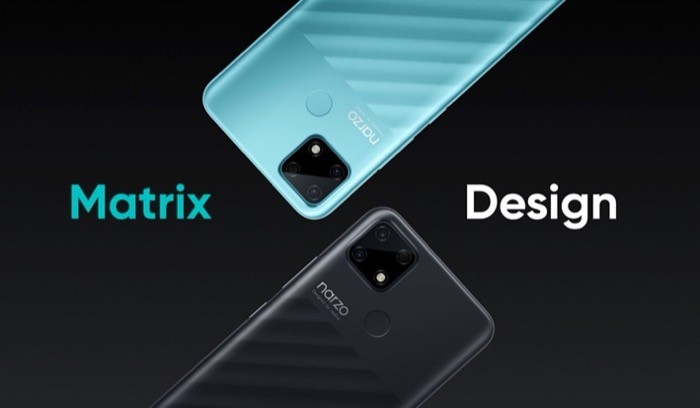 On the inside, the phone runs on MediaTek Helio G85, which is an octa-core processor with up to 2.0GHz of clock speed. And it has the Mali-G52 GPU to handle the graphics processing. Assisting the processor is 3GB / 4GB of (LPDDR4X) RAM and 32GB / 64GB of onboard storage, expandable up to 256GB with a microSD card. The device has a 6000mAh battery with 18W fast charging and OTG reverse charge support.

As for other specifications, the Narzo 30A comes with dual 4G VoLTE, Wi-Fi 802.11a/b/g/n/ac, and Bluetooth 5.0. It features a fingerprint sensor for authentication and runs on realme UI based on Android 10 out of the box.

Talking about the cameras, the Narzo 30A sports a dual-camera setup on the rear, which includes a 13MP primary sensor with an f/2.2 aperture coupled with a portrait lens. On the front, it has an 8MP camera.

The Narzo 30 Pro is touted to feature a “sleek and professional look”, which makes it a “Pro” product, says Realme. It comes in two colorways: Sword Black and Blade Silver. Moving to the front of the device, there is a 6.5-inch display with a 20:9 aspect ratio and an FHD+ resolution. The display offers up to 600 nits of brightness, and in addition, also has a 120Hz refresh rate along with a 180Hz touch sampling rate. 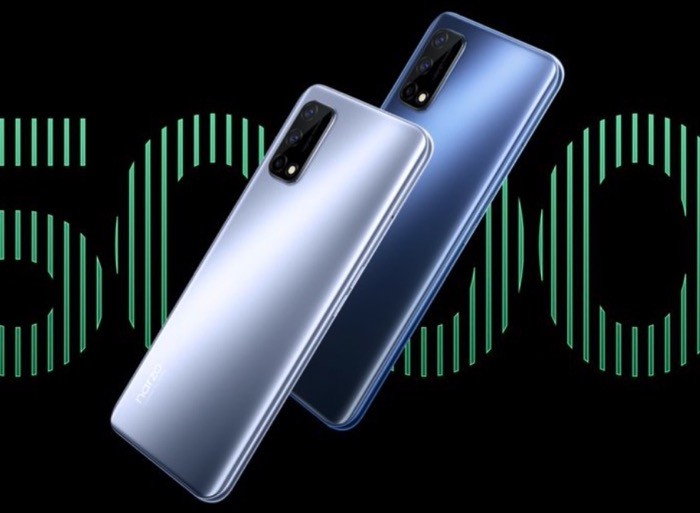 The Narzo 30 Pro has a MediaTek Dimensity 800U chip running at its core. Dimensity 800U is a 5G chipset built on the 7nm process technology. It offers up to 2.4GHz of clock speed and has the Arm Mali-G57 GPU graphics processing. The phone comes with 6GB / 8GB of LPDDR4X RAM and 64GB / 128GB of UFS2.1 of storage, expandable up to 256GB with a microSD card. Powering the internals is a 5000mAh battery with 30W fast charging support.

Besides, the Narzo 30 Pro comes with support for dual 5G (DSDS), 4G, Wi-Fi 802.11 a/b/g/n/ac, and Bluetooth 5.1. It also has a side-mounted fingerprint scanner for authentication, and it also offers support for Dolby Atmos and Hi-Res audio. Narzo 30 Pro runs on realme UI based on Android 10.

In the camera department, the Narzo 30 Pro sports a triple camera setup on the rear, with an LED flash. The setup includes a 48MP primary sensor with an f/1.8 aperture, accompanied by an 8MP ultra-wide-angle lens with 119° FoV and a 2MP macro lens. Towards the front, the device has a single 16MP shooter with an f/2.1 aperture.

Narzo 30A and 30 Pro: Pricing and Availability

In addition to the two smartphones, Realme has also announced its latest pair of TWS earphones, the Buds Air 2.