The audio industry may be going gaga over everything wireless and Bluetooth, but this does not mean that the good old wired headphones are resting in peace. Many brands are still releasing OG wired headphones, even though they do not get the same attention as the wireless ones do. One of the brands that have been coming out with wired headphones and has recently again dipped its toes in the wired pool is Realme. The brand has released the Realme Buds 2 Neo, a pair of wired earphones that come with an affordable price tag of Rs. 499. 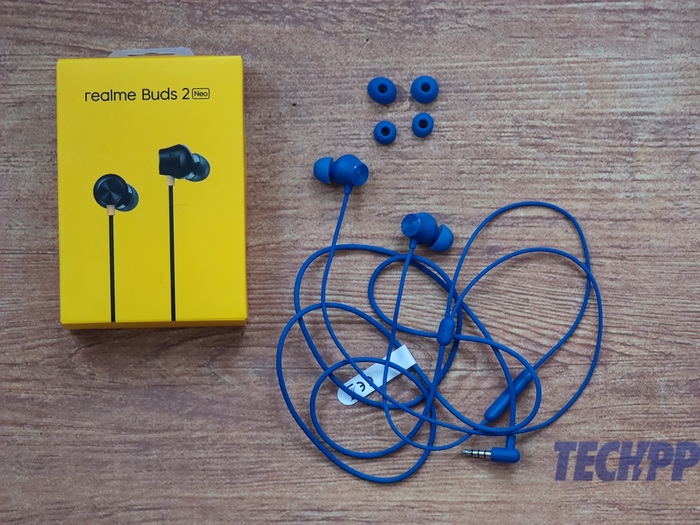 If you are tired of looking at those fiddly, fancy, tiny TWS buds and want to go back to the basics, the Realme Buds 2 Neo might just be your cup of tea. The earphones are what any good old pair of wired earphones look like. Two earbuds attached to wires that converge and turn into a single wire. The right earbud wire has a mic capsule that comes with a single multi-function button. It does not have volume buttons which we think is a major miss because you expect simplicity and ease of use from wired earphones, and adding volume buttons would have done just that. Plus, we are not particularly fond of multi-function buttons. Often one ends up giving the wrong commands with the double press, single press, long press all together, making it a little confusing.

Made of TPU, the earphones look like they can handle scrunching up, shoving down into pockets, and other usual abuse that generations of wired earphones have faced. The brand has also added an L-shaped 3.5 mm audio jack to keep the joint safe from wire cracks. The wire of the earphones also has long lines all over for texture. It is not quite as noticeable but adds a slight matte texture to the wire and makes it slightly less prone to tangle (because, let’s face it, an absolutely tangle-free wire is a myth). Overall, the earphones are nothing out of the ordinary which is a good thing in this case. We received the blue color variant, which is nice and subtle. The looks of the Buds 2 Neo may be plain, but we think that works in its favor. 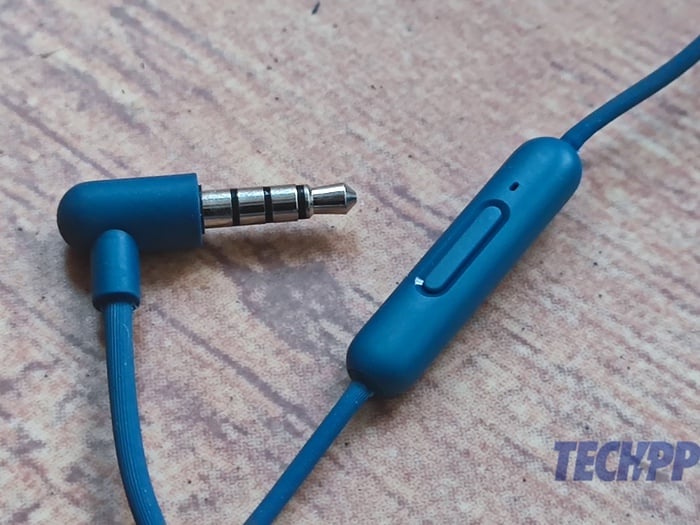 You get three different ear-tips sizes in the box, and you can try and select the ones that fit you the best. The default ones worked for us. The right-sized ear-tips offer good padding and passive noise cancellation. With ambient noise muted, the audio inside gets more accentuated. The buds are comfortable enough to wear once you get the right size.

Audio with some body and balance

The Realme Buds 2 Neo feature 11.2 mm drivers. They are pretty loud and are likely to keep up with your high-volume needs. The earphones do well in the music department. They are ever-so-slightly bass-heavy and have a very subtle rumble that hardly comes forth, but it does give the device some body audio output. 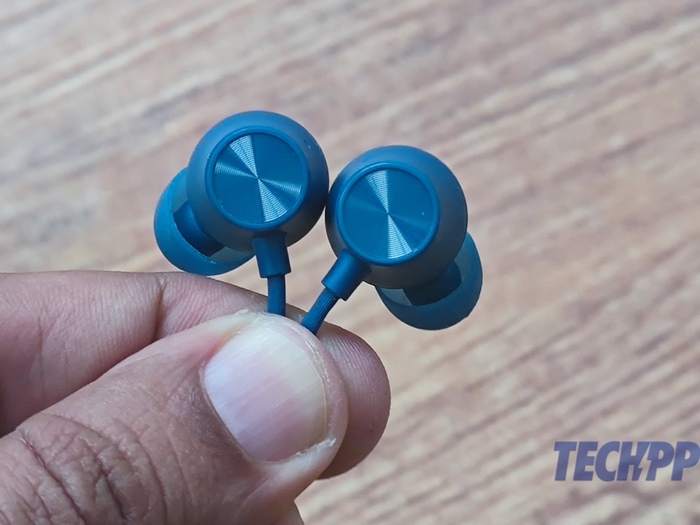 Because the earbuds are not too heavy on the bass, you get a clear output, especially while listening to music. The Buds Neo 2 deliver clear vocals and handle treble well, which is a rarity, especially in this segment because most of the earphones/ earbuds under Rs. 1000 tend to either go completely ballistic over bass and mess up vocals and treble in the output or simply offer audio delivery with no body whatsoever. The Realme Buds 2 Neo, however, hit that sweet audio spot where the earphones provide you with some substance without overwhelming you with one aspect of the sound. 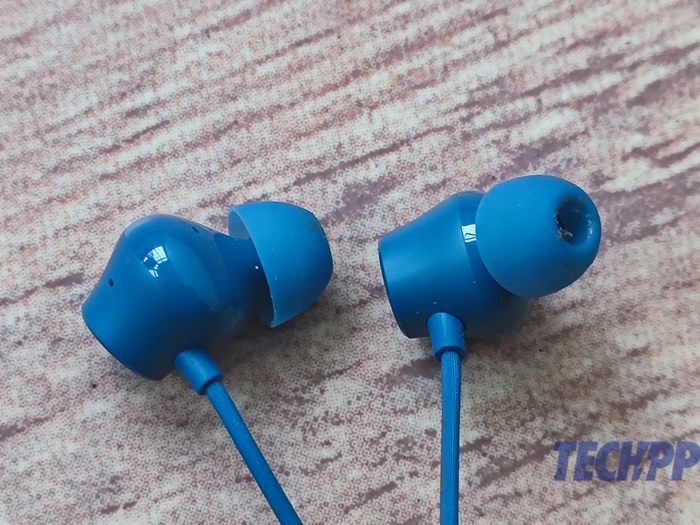 While they do really well with music, there was a bit of hiccup with these when it comes to other content. Watching a movie or series, we realized while the dialogues were being delivered quite clearly, it was the sound effects that were getting a little muffled and were not as clear. Maybe it was the ‘heavy bass’ aspect of the earphones acting up, but it just compromised our experience.

Calling on the Buds 2 Neo is pretty good too. The mic works well. We could hear the caller pretty well, and the other party did not complain about any audio issues as well. 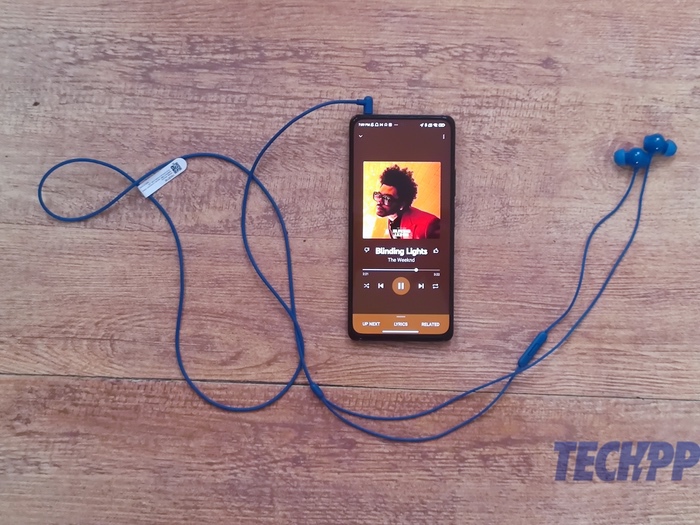 Priced at Rs. 499, the Realme Buds 2 Neo are the earphones for anyone who wants an uncomplicated, plug-and-play audio experience. There is no charging hassle, no pairing problems, or carrying issues with this one. It is an unadulterated wired earphone experience bundled with good audio.

Yes, if you are used to the freedom that Bluetooth earbuds offer, getting used to wired earphones might be a slight problem; having to carry your phone around physically can be a bit occupying. But under the Rs. 1,000 category, we would advise you to pick wired earphones over wireless because of the significantly better audio quality, and the Realme Buds 2 Neo just prove the same over again.

Review Overview
Was this article helpful?
YesNo
TechPP is supported by our audience. We may earn affiliate commissions from buying links on this site.
Read Next
iQOO 11 5G Review: Does It End Your Quest for the Ultimate Smartphone?
#Earphones #Realme #Realme Buds 2 Neo #review