The headphone market in India is dominated by local brands that might not be known for their audio quality but come with super affordable prices. Indian brand PlayGo has, however, been looking at not solely focusing on price but delivering good audio quality and features as well. Its BH70 ANC headphones got generally positive reviews last year, although some found them a little expensive at Rs 14,999. With the BH47 headphones, PlayGo has returned to the ANC headphone zone but at a much lower price tag. The BH47 were launched at Rs 6,499, but are available at a lower price from many outlets. 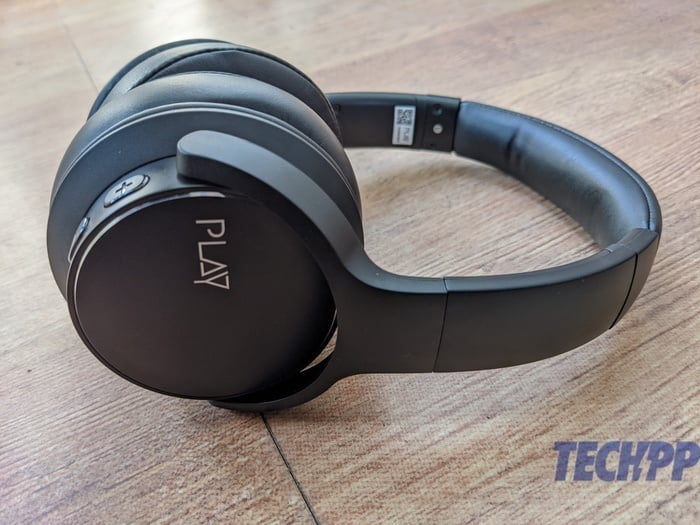 Well designed and comfortable to use

Unlike the BH70 which had a slightly mixed look of glossy and plastic, the BH47 are more solidly built, and even a little subtly stylish. They are mostly made of plastic but have some neat design touches. Our unit was jet black in color with slim metal accents around the cups that shine when light falls on them. The cups themselves are large (they totally covered my ears) and very well padded, which is unusual at this price point. Even the headband has plenty of padding, making these one of the most comfortable headphones to wear in their category. They are not too heavy and the cups can swivel ninety degrees, allowing you to lay them flat against your chest while wearing them, and can also fold inwards, making them fold into a more compact form factor.

Pulling the cups outwards extends the headband, and also exposes a metallic-looking band, with a set of measurements on them. We are not sure what the measurements stand for, but the extension is handy. The right earcup comes with the power on/off (which also doubles up as a multi-function button, for pausing sound and taking calls) and volume up and down buttons as well as a USB Type C port, while the left cup has a 3.5 mm jack, which you can use to connect the headphones in wired mode (there is a cable in the package) when they run out of charge, and a rocker to turn ANC on and off. The buttons are big and once you get the hang of the headphones, easy to find. A neat touch – very Skullcandy – is that the “+” and “-” signs are engraved into their buttons, so you can identify them by just touching them. 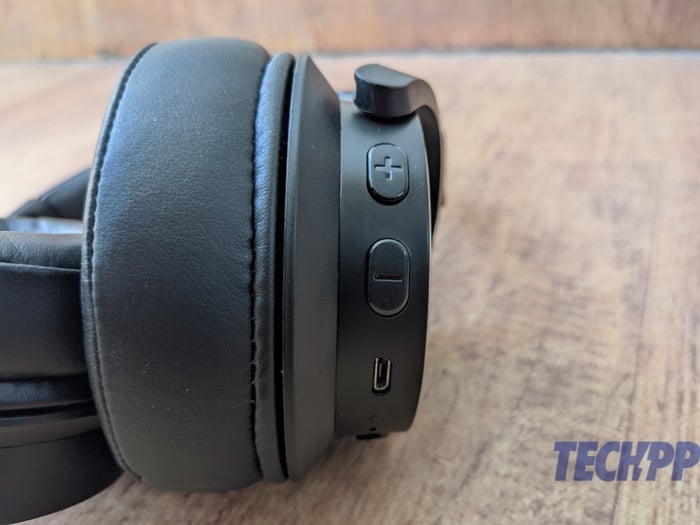 They have no dust and water resistance and come with no proper carrying case in the box but with a rather basic cloth bag, which is kind of expected at this price point. They seem sturdy enough to chuck into a bag anyway. All in all, the BH47 are a very smart-looking pair of headphones, very classy in appearance, with big and clearly marked buttons (we cannot overstress the importance of these), which are very comfortable to wear, thanks to all the padding around them. The band does not press too heavily onto your ears – the pressing force keeps the headphones on your head but not excessively firmly. 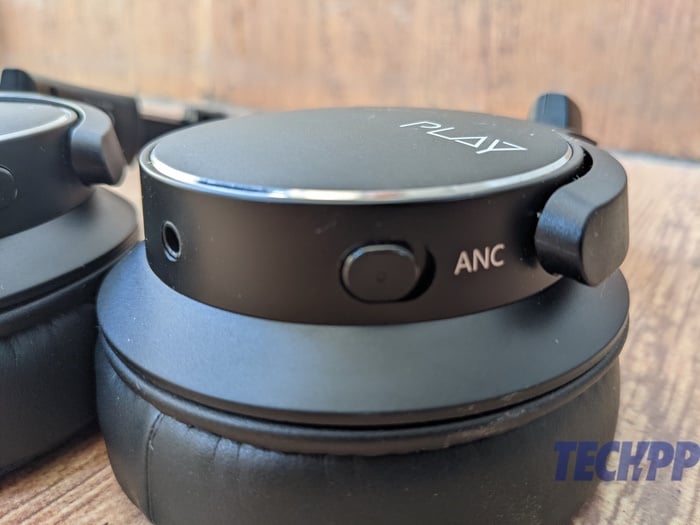 They sound good too. The 40 mm drivers in the BH47 are tuned to accent bass and while that does come through, other frequencies are not too heavily affected, although the bass might sometimes overshadow vocals and sharper sounds. For instance, we felt Tina Turner’s vocals got slightly lost in the epic GoldenEye soundtrack. Still, by and large, these headphones do a good job and let you hear instruments and vocals clearly, although the beats do have a little extra rumble to them. We would say they are very good for mainstream listening – if you like games and shows with a lot of booming explosions, you will love them. The volume levels are impressive too, and there is no distortion at higher levels. The sound stage is not the widest, but then that is generally the case in budget closed-back headphones. 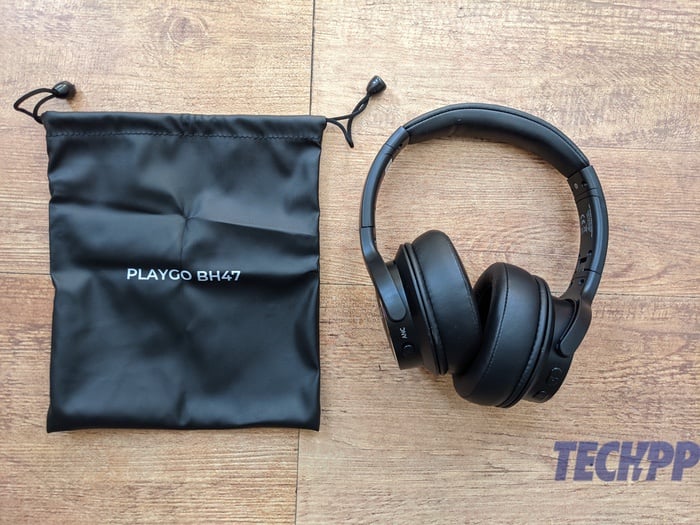 As for active noise cancellation (ANC), it exists and works and is not as nominal as on many other budget earphones. While the ANC on the BH47 will take some of the edge off traffic sounds, and maybe kill the sound of the air conditioner and ceiling fan in a small room, it does not deliver the sort of enveloping silence that you get on more premium headphones. We actually think the very good padding around the ear cups does as much for keeping sound outside as the ANC itself does. Thankfully, turning the ANC on and off does not affect the sound quality as it does in some budget ANC earphones.

The well-marked controls make the BH47 easy to use, once you get the hang of where the buttons are located. The battery life is impressive too – the headphones last close to twenty hours with ANC and around 25 hours without it. And as they charge over USB Type C, they will work fine with most new Android phone chargers.

Good at launch price, great at discounted one! 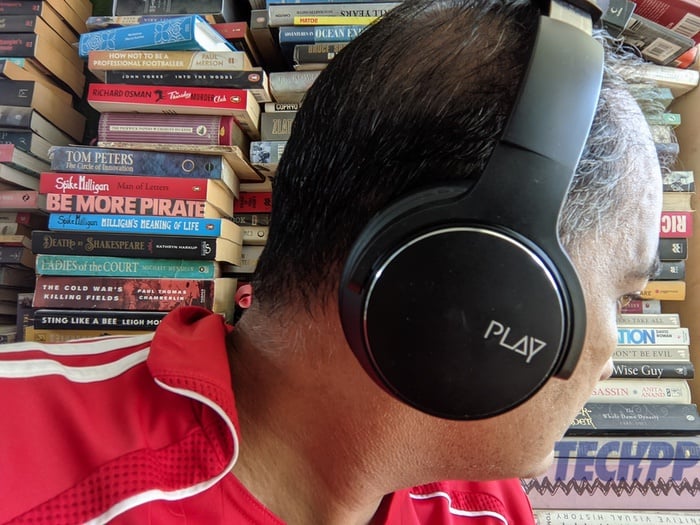 All of which makes the PlayGo BH47 a very good proposition for anyone looking for well-designed Bluetooth headphones on a tight budget. Although they were launched at Rs 6,499, they are now available for around Rs 5,000 on some e-retail portals. At the latter price, we would say they are very good value for money. The further they go north of Rs 5,000, the closer they get to the JBL Tune 750 BTNC, which in our book are perhaps the best ANC headphones in the under Rs 6,000 zone in terms of overall performance. We would advise keeping an eye on the price of the PlayGo BH47 and grab them the moment they dip below Rs 5,000. At that price, they are superb.

Review Overview
Was this article helpful?
YesNo
TechPP is supported by our audience. We may earn affiliate commissions from buying links on this site.
Read Next
iQOO 11 5G Review: Does It End Your Quest for the Ultimate Smartphone?
#ANC #PlayGo #PlayGo BH47 #review