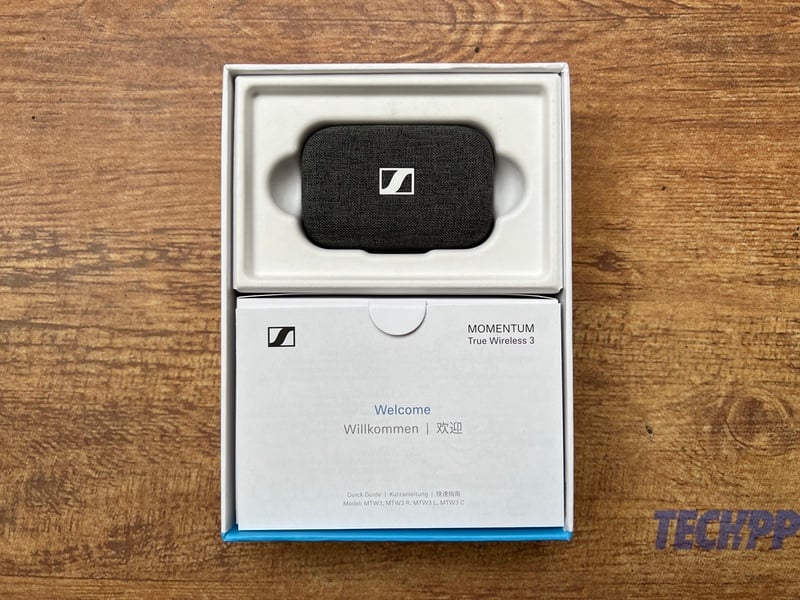 The Sennheiser Momentum True Wireless 3 come with a very different design from their predecessors. The famous fabric-covered rectangular case is still very much there, with just the logo on top of it. While the case looks as distinct and attractive as ever, it remains a little large when compared to the AirPods and even Sennheiser’s own CX Plus True Wireless, especially in terms of thickness. In fact, the case is too thick to easily fit into a trouser pocket, although it will slip into a jacket or coat pocket more easily. Sennheiser has also rather interestingly placed the USB Type-C charging port right in front of the case from where it is opened, which is unusual and, in our opinion, not very pleasing aesthetically.

It is when you flip open the case that you realize how different these new TWS are from their predecessors. The shiny chrome tops of the buds have been replaced by grey metal, and the buds themselves have moved from being round to slightly more square-shaped with the logo etched into them. They are a little on the large side but have no stems and will not stick out from your ears like some do. You get the option of different sized tips in the box, as well as wings to keep the buds firmly in your ears. We did not need to use the wings (which are actually rather subtle) as the medium-sized tips fit our ears very snugly, but having the wings around is a great option. The buds are IPX4 splash resistant (the case is not!), making them gym-friendly. We loved the design of the buds, which felt way more premium than its predecessors, and at slightly over 5 grams each, the buds are comfortable enough to wear for long periods of time. We would put them right on top of the pile in terms of design. We just wish the case had been slimmer.

The best earphones without wires. Period. 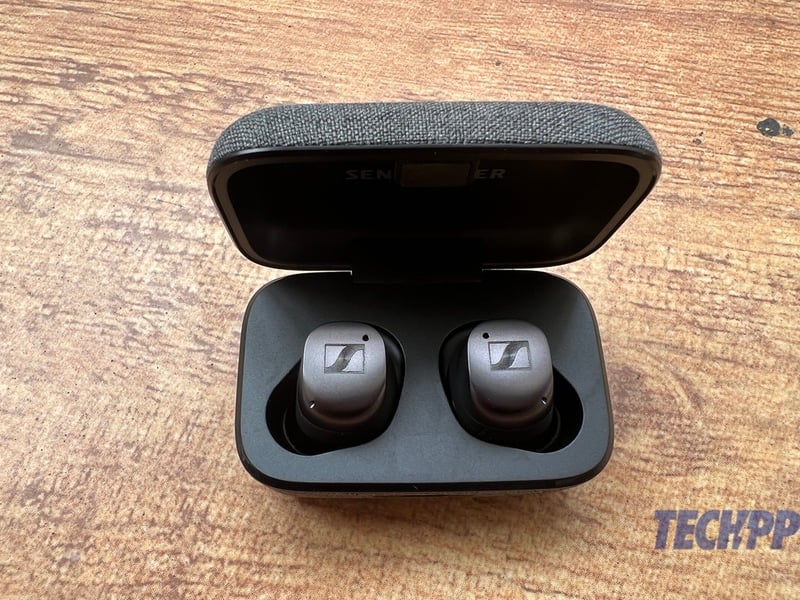 Accompanying that premium design is some staggeringly good audio quality. The Sennheiser Momentum True Wireless 3 delivered the best sound we have heard from buds without wires. In terms of sheer audio quality, we would rate them well above the AirPods Pro, the Sony WF-1000 XM4 or the Bose Soundsport Free Wireless. In fact, they even sound better than their own predecessors, which were seen as the benchmark for TWS audio quality. There might be the odd high-end audiophile-level TWS that has a more ‘pure’ or ‘raw’ sound than these, but if you are looking for clear, pleasant-sounding audio, the Momentum True Wireless 3 are comfortably ahead of everyone else. The 7mm “TrueResponse Transducers” deliver a fantastic audio experience, and although they seem to be the same as seen on the Momentum True Wireless 2, their performance here seemed superior.

The first thing that will strike you about the sound on the Momentum True Wireless 3 is just how spacious it is. It is as if you are sitting in a room with instruments all around you. Of course, design and hardware restrict a TWS from having the sort of soundstage larger headphones can, but in the TWS category, this is as good as it gets. Instrument separation is very good, and if you are the kind of person who likes jazz, classical music, folk, country and rock, then these are the TWS for you. 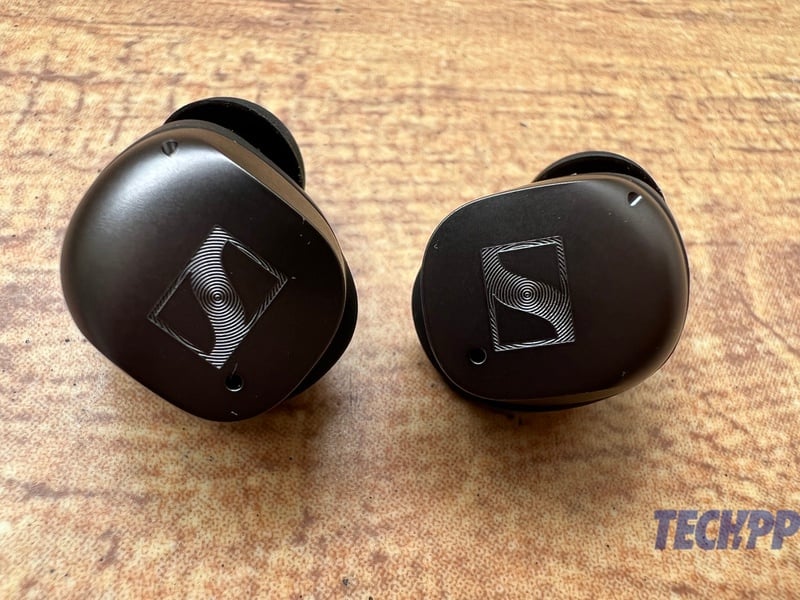 This seems to be a good place to point out that these are not TWS for bassheads – actually, none of Sennheiser’s TWS offerings are. While the CX series has a slight bass accent, Sennheiser’s Momentum series has always aimed to deliver a balanced sound. So while the bass is present, it is not as prominent as what you would get from a mainstream TWS. The beats and drums will be clear and audible, but they will not dominate the sound. Vocals which are Sennheiser’s forte, stand out, clear and proud, while treble is well-handled. You will hear the clash of cymbals, the sweep of violins and the ringing of bells and other high pitched sounds very clearly, but without them ever being irritatingly sharp.

There is an equalizer on the app that lets you tweak frequencies, but we never really felt the need to, although some of our beat loving friends did turn up the bass (it still was not overwhelming!). The app also lets you personalize your EQ settings and automatically apply different settings when in different places (Sound Zones). These are handy enough smarts for those who are really finicky about audio settings, and they really work too.

All said and done, in terms of sheer audio quality, the Momentum True Wireless 3 set a new benchmark for TWS. You can use them for anything from shows to music to games, and the chances are that you will just love the sound. Volume levels are awe-inspiring, and you will never really need to max them out. Even if you do, there is zero distortion. This is a high-class audio masterclass. In terms of codecs, these support SBC, AAC, aptX and aptX adaptive, which should suffice for most users. 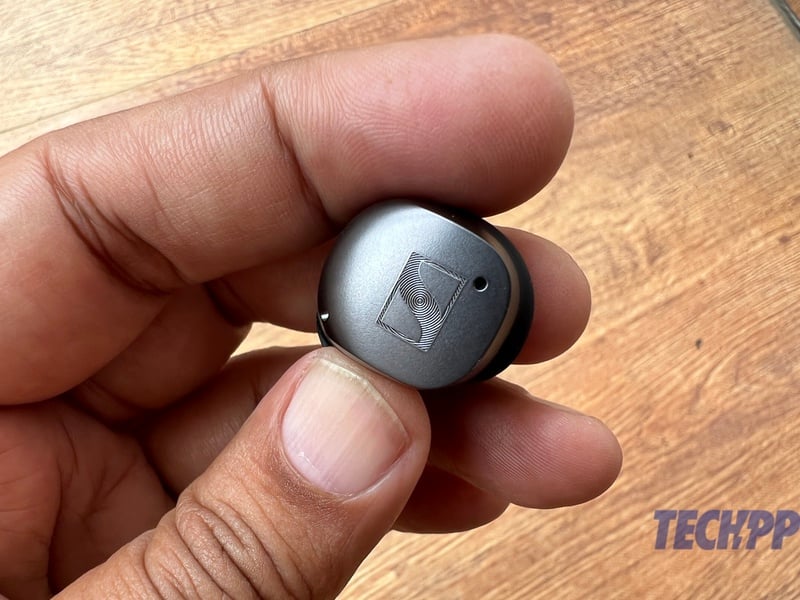 It is a recurring theme with Sennheiser’s wireless earwear that while the sound quality is fantastic, other features are slightly less so. That is the case with the Momentum True Wireless 3 as well. Connecting them involves putting both buds in your ears and pressing them both for a few seconds to start the pairing process and then finishing it on your phone, where the buds will show up in Bluetooth under Settings. We would recommend using the Sennheiser Smart Control app, as it lets you do far more. It is a connecting process that works well enough but is not as convenient as the “press the button on the case” method on most TWS.

The controls are also a little on the complicated side. The top of the buds are a touch surface, and commands are basically a series of taps; in many cases, each earbud has separate commands allotted to it (you can alter some of these using the app). So, for instance, tapping the left earbud three times activates noise cancellation, but doing the same on the right brings up the voice assistant. 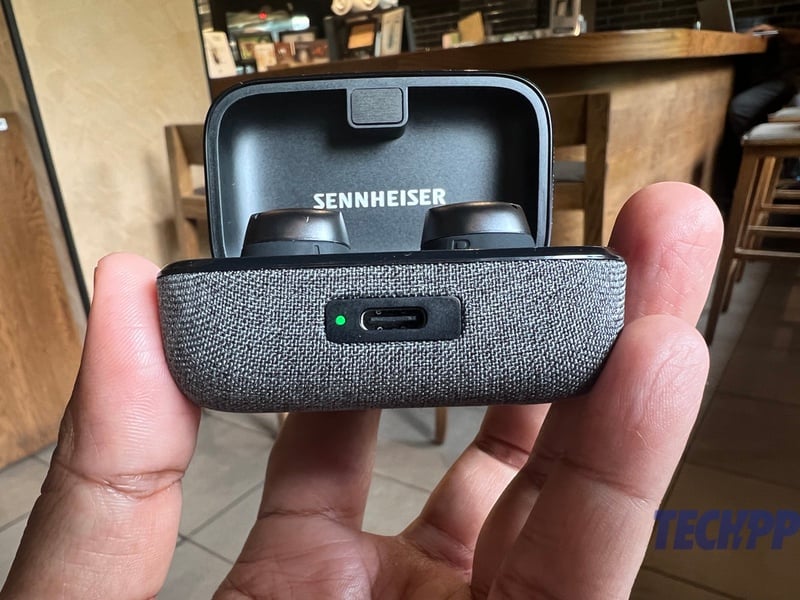 While Sennheiser has done very well in terms of putting almost all controls on the buds themselves (a long press on either controls volume – the left brings it down, the right sends it up), remembering them takes a while, and the process can lead to some problems. For instance, tapping the left earbud once activates transparency mode, while tapping the right one plays or pauses a track, and we kept forgetting which was which. Things get particularly troublesome during calls, where a single touch on either bud can either answer or end a call – there were times when we got a call, tapped the buds once to accept it, and then accidentally disconnected the call when we tried to adjust the fit of one of the bud. Unfortunately, call handling controls cannot be customized. As a result, we initially found ourselves handling most functions from our phones before we got the hang of the controls on the buds, and we still find ourselves relying more on the phone. That tells you something. 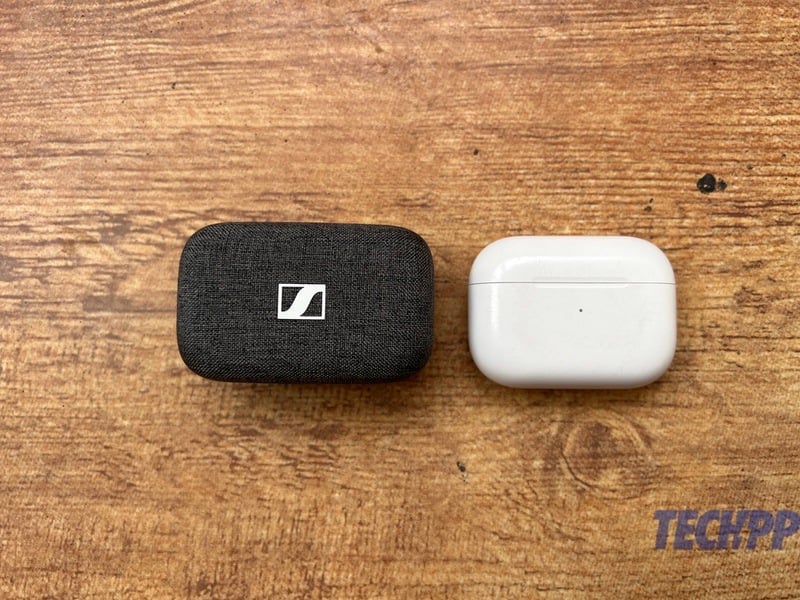 Transparency mode has a slight element of hiss around it (unusual) but lets you hear sounds around you without taking off the buds – we would not advise using it when music is playing, though, as the audio quality seems to dip (you can customize this through the app).

The buds are handy enough for calling without being in the class of the Jabra Elite or the AirPods. People we spoke to using the buds were able to hear us clearly enough, although a few complained of our voices seeming to come from a distance. Ambient sounds also seemed to creep in sometimes, especially in noisy traffic areas, but we would say that the Momentum True Wireless 3 handle calls well by and large. Although the buds did not initially come with multipoint connectivity, Sennheiser has recently brought this feature to them via a software update. This also seems to indicate that more tweaks and features may be on the way, making these a very handy long-term investment. 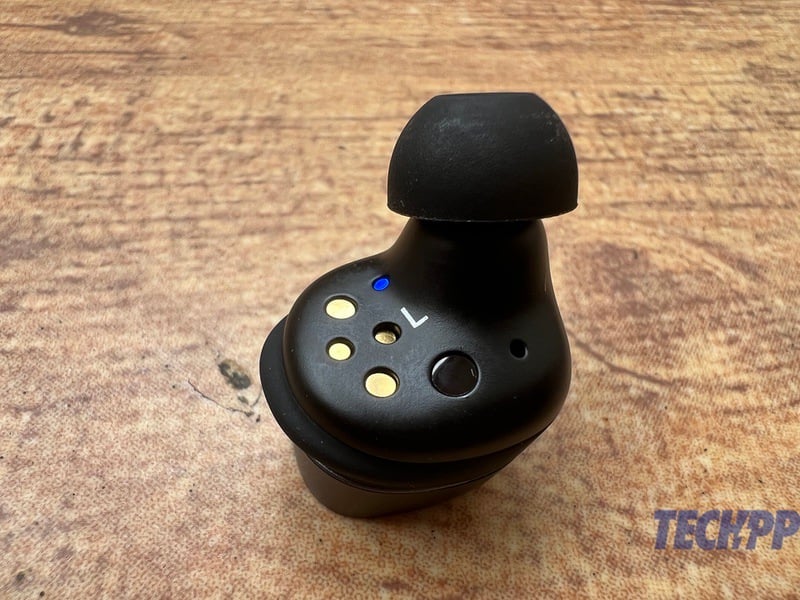 The battery life of the buds is also good rather than exceptional. You get about seven hours (five and a half to six if you keep volumes close to the top) on the buds, and the case adds another 21 hours. All in all, you should be able to see off most of the week on a single charge. The case itself takes about an hour and a half to charge over a wired connection. There is support for wireless charging as well, but that is a little sluggish.

Want great audio without wires? Get these! 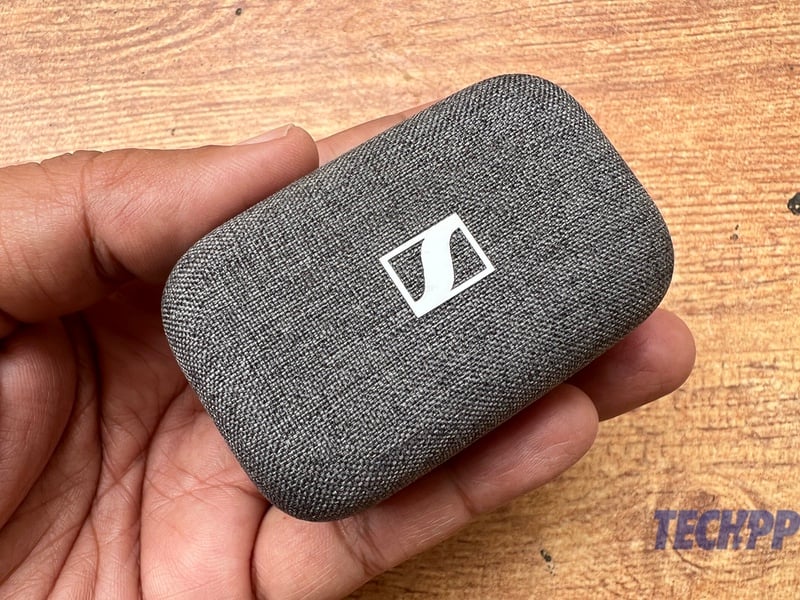 As we said earlier, the Momentum True Wireless 3 are for those who value good sound above everything else. You might get better ANC, simpler controls, and better battery life on other TWS, and some of them might even come with lower price tags, but you are unlikely to get the same sound quality. With the Sennheiser True Wireless 3, the TWS segment has got its audio boss. Want great audio without any wires? These are what your ears need.