It’s that time of the year when Apple introduces us to the new versions of iOS and macOS. The Cupertino giant has launched iOS 16 and macOS Ventura on stage at WWDC 2022. While there is plenty of new iOS 16 features, one thing that stood out throughout the presentation was the new iPhone lock screen design. 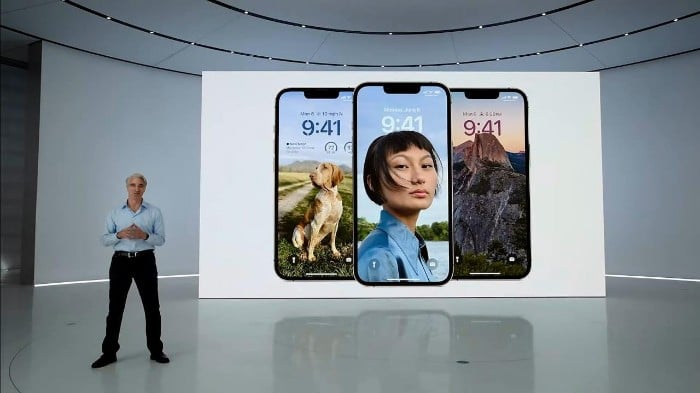 Apple has completely revamped the iPhone’s lock screen with the iOS 16 update. Compared to the previous lock screens, it is now much more interactive, customizable, beautiful, and, more importantly, functional. Below are the new changes to the iPhone lock screen in iOS 16.

Apple has changed how the wallpaper interacts with the other lock screen elements, such as the clock. Starting with iOS 16, the clock and other elements will appear slightly overlaid on portrait wallpapers. This will give the lock screen a depth effect. Apart from that, users can customize their wallpapers with various preset filters. 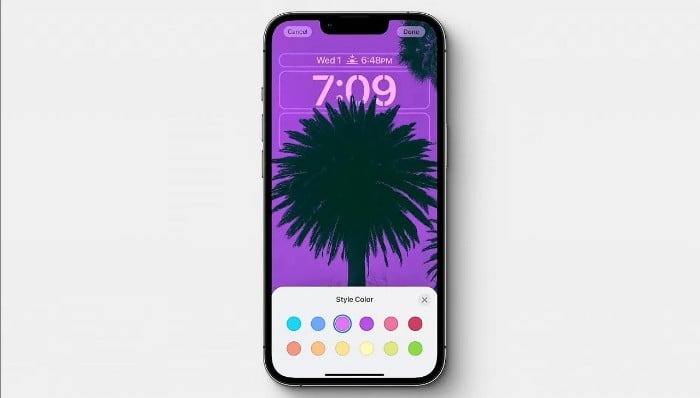 If a custom wallpaper is not your thing, Apple has something in store for you as they have added several new and interactive wallpapers to iPhones running iOS 16. Some of the cool wallpapers that were unveiled at WWDC 2022 are:

Apple has also improved the overall functionality and intuitiveness of the lock screen. The lock screen in iOS 16 adds support for built-in widgets. These widgets can be placed anywhere on the lock screen to display the user’s calendar, temperature, or activity rings. Third-party app developers can design their own widgets using the new WidgetKit introduced in iOS 16 and iPadOS 16. 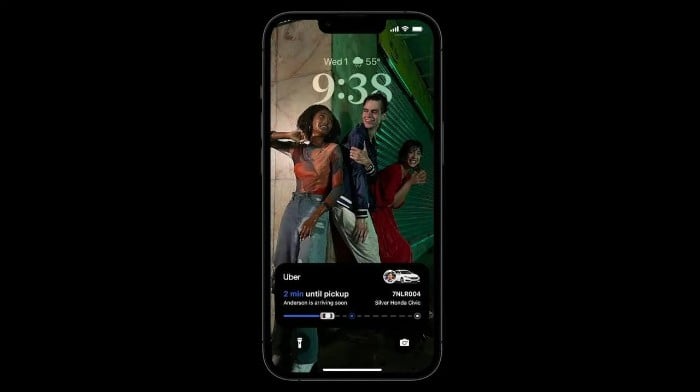 Apple has also completely revamped the display of notifications on the lock screen, moving them to the bottom of the screen. The new Live Activities feature will clearly display live events such as an Uber booking or a game in progress on the lock screen. With this change, users will be able to show off their newly designed lock screens without any hindrance. An added benefit would be better one-handed operation, as users would no longer have to stretch their fingers to the top half of the display. Support for album art for music-related notifications and focus assistants on the lock screen has also been added.

To further improve customizability, Apple offers users the ability to change and customize lock screen elements like a clock with different fonts and colors. Users can save these customized lock screens and switch between them, just like the watch faces of a smartwatch.

The lock screen can also scroll through a carousel of selected wallpapers via Photo Shuffle. The smartphone also provides the user with a list of suggested images from its gallery that can be used as wallpapers. 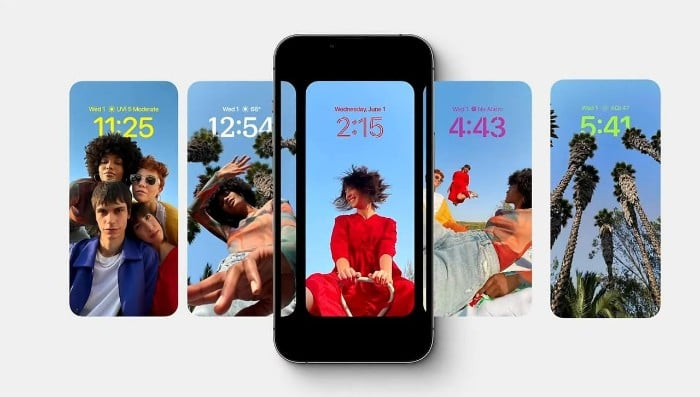 The iPhones can now be elaborately customized to users’ wishes, like Android smartphones. The new wallpapers, accent colors, fonts, widgets, and revised notifications should give the iPhone lock screens a much-needed fresh look.

How do I customize my iPhone wallpaper with iOS 16?

You can apply filters on your wallpaper to change its look and feel. These filters can be directly accessed by long pressing on the iOS 16 lock screen. You can swipe through the available filters. The lock screen can also rotate through a selection of wallpapers.

How do I customize my iPhone lock screen with iOS 16?

Thanks to iOS 16, you can now customize your lock screen's look, feel, and functionality. You can customize wallpapers and set custom fonts and widgets. You can also make a bunch of custom lock screens and change them as per your mood.

Which iPhones will get the iOS 16 update?

Apple is known to support its devices for a long period of time. Therefore, most of the recent iPhones (iPhone 8 onwards) will receive the iOS 16 update. You can find a detailed list of the iOS 16 compatible devices here.

When will my iPhone receive the iOS 16 update?

Apple has already launched the iOS 16 Developer Beta. The public beta for iOS 16 is expected to arrive soon. The stable update for all users can be expected around fall this year with the iPhone 14 series launch.

Was this article helpful?
YesNo
TechPP is supported by our audience. We may earn affiliate commissions from buying links on this site.
Read Next
iOS 16 Compatible Devices: Find Out if Your iPhone Made it to the List
#apple #ios 16 #iphone #Lockscreen #wwdc 2022