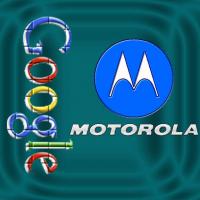 Breaking News! And it’s literally “Breaking”! Google has just announced that they have acquired Motorola Mobility for a whopping $12.5 billion, all in cash!

This is for sure a game changer in the mobile industry. No one really expected such a big news and this must be a serious WTF moment for Apple and Microsoft. In his announcement blog post, Larry Page, the new Google CEO clarifies that the acquisition is aimed at growing threats to Android ecosystem through innumerable lawsuits from Apple, Microsoft and others. Motorola boasts of a decent patent portfolio which is of a great value specially for someone like Google who had zilch in mobile & networking patent space. Acquisition of Motorola seems to be a direct take on Apple which enjoys the integrated software/hardware setup.

For the uninitiated, Motorola invented the cell phone more than 30 years back and they inadvertently hold a lot of patents related to Cell phones. Now that Google will own all those patents, should really worry Apple and Microsoft!

We need to see how the investors and stock market react to this deal.

The first thing which came to my mind (after recovering from the shock) was – “Will Google face anti-trust motion for buying Motorola mobility?” I’m no legal expert, so I don’t know the answer. But then, Android enthusiast @4jit believes that the answer to my question is most probably No. He says that Google will be running Motorola as a separate business and it will remain to be a licensee of Android, which should ensure fair competition amongst all the licensees.

But I wonder if it is so simple. Running it as a separate business doesn’t mean you don’t control and manage the company you bought. And unlike Nokia-Microsoft deal, this isn’t a joint venture or a merger. It’s a full-on acquisition. If at all anyone has to have a problem (legally) with this, it has to be LG, Samsung, HTC and the likes or Microsoft. On the other hand, Microsoft might be forced to buy Nokia now.

It is really incredible how this Google Motorola deal was kept a secret all along, especially since it makes so much sense now. It’s very important to note that the deal isn’t finalized and is just a offer which has to be accepted by Motorola’s investors and FTC.

Was this article helpful?
YesNo
TechPP is supported by our audience. We may earn affiliate commissions from buying links on this site.
Read Next
How to Fix Google Chrome Translate Not Working
#Breaking News #google #Motorola #patents