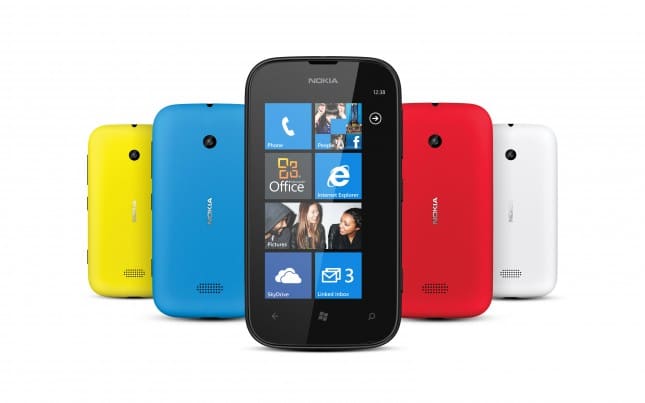 Nokia is hell bent on (re)capturing the budget segment in the mobile phone market in India. After a series of Asha branded handsets (running Symbian), the struggling Finnish giant has just launched the most affordable Lumia yet, Nokia Lumia 510. The company is yet to announce the actual price of Lumia 510, but has only confirmed that it’ll be below INR 11,000 (approx $210). 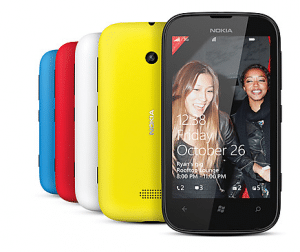 Nokia Lumia 510 features a 4-inch WVGA resolution display with 800×480 pixel resolution, a 5-megapixel camera (with Auto focus), a 800MHz single-core Snapdragon S1 processor, 4GB internal memory and 256MB of RAM. This is as ‘budget‘ as it can get. Additionally, it’ll run the outdated Windows Phone 7.5 (Mango) OS, but Nokia promises the ‘major’ 7.8 update sometime soon.

Other notable features include 7GB of free Skydrive cloud storage, 1300mAh battery, Nokia Maps, Nokia Transport and Nokia Drive navigation apps and three-months of unlimited Nokia Music and Nokia MixRadio subscription. As you can see the image above, Nokia Lumia 510 will come in red, yellow, cyan, white and black variants. It is expected to be launched in India and China to start with, and followed by other Asia-Pacific countries and South America.

Though the design is similar to its predecessor, Lumia 610, the Nokia Lumia 510 has a bigger 4-inch screen and has a thickness of 11.5 mm. It has a dedicated camera button, which is a welcome feature for any smartphone these days. Nokia is promising 6 hours of talk time and 36 hours of music playback on this device.

Much like other Lumia WP7 models like Lumia 800, Lumia 900, Lumia 710 & Lumia 610, the Lumia 510 will also be getting the WP 7.8 update “as soon as it’s available”, but Microsoft has already made it clear that none of these handsets will be upgradable to the upcoming WP8 operating system. This can be a deterrent to many, but considering the price point (sub $200), we can expect Nokia to see some good sales, specially during the upcoming festival and holiday seasons here in India.

TechPP is supported by our audience. We may earn affiliate commissions from buying links on this site.
Read Next
Nokia Power Earbuds Lite Review: Connecting through Clear Audio against Tough...
#Lumia 510 #nokia #Nokia Lumia #windows phone 7